Solomon, author of the book War Made Easy is among the nearly 65,000 people who support a petition to award Bradley Manning the Nobel Prize for the way the information he passed to WikiLeaks contributed to withdrawing troops from Iraq, he told host Mike Sacks.

The information Manning leaked -- and the "cavalier and callous atrocities" included in it -- led the Iraqi government to seek the authority to prosecute American soliders, Solomon said, which the United States didn't want to allow.

"Washington officials maintained their position that we can't tolerate the Iraqi government prosecuting our boys and girls in Iraq, and so that hastened the withdrawal of all U.S. troops," Solomon said. "On that basis alone, Bradley Manning is certainly entitled to and should get the Nobel Peace Prize."

Watch the video above to hear Solomon's argument for why Manning deserves recognition, and how a book by journalist Bob Woodward contained more sensitive government information than what Manning leaked. 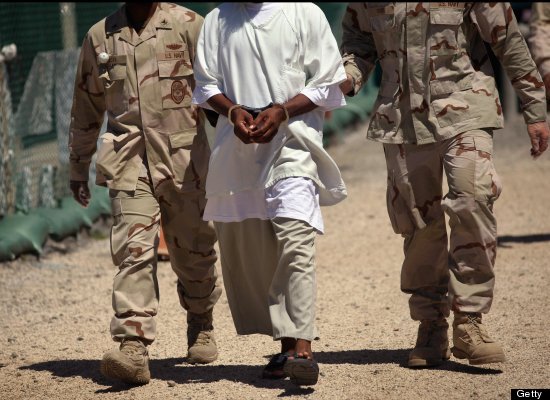 1 / 9
Abuse Of Prisoners
As the <em>New York Times </em><a href="http://www.nytimes.com/2011/04/25/world/guantanamo-files-lives-in-an-american-limbo.html?pagewanted=2&_r=1" target="_hplink">reports</a>, Mohammed Qahtani -- a Saudi believed to have been an intended participant in the Sept. 11 attacks -- was subject to coercive questioning and other abuses during his interrogation. The cables describe Qahtani as being leashed like a dog, sexually humiliated and forced to urinate on himself. His file says, "Although publicly released records allege detainee was subject to harsh interrogation techniques in the early stages of detention," his confessions "appear to be true and are corroborated in reporting from other sources."
Getty