Editor's Note: Some reports have stated that Bradley Manning identifies as transgender. However, in lieu of a direct statement from Manning regarding gender identity and in keeping with the majority of reporting that has taken place surrounding the case, we are using male pronouns in the following story.

About 2,000 Bradley Manning supporters marched in San Francisco's Pride parade on Sunday, including famed Pentagon Papers leaker Daniel Ellsberg. As PolicyMic pointed out, Manning's supporters made up the largest non-corporate contingent in attendance.

SF Pride faced a firestorm of criticism in April after it was reported that Manning would be named a Grand Marshal for the event. While he would not have been able to attend the Pride parade, his nomination would have served as quite the gesture.

Manning, who is reportedly an openly gay U.S. Army soldier who was arrested for allegedly leaking classified material to hacker group WikiLeaks, is currently in custody and faces 22 charges. Some reports have suggested that Manning was frustrated with the military's "Don't Ask, Don't Tell" policy, which was still in effect at the time of his service.

The SF Pride board rescinded the nomination almost immediately, sparking yet another firestorm -- this time amongst his supporters.

The board released a statement condemning the nomination, but welcoming supporters to the parade:

Bradley Manning will not be a grand marshal in this year's San Francisco Pride celebration. His nomination was a mistake and should never have been allowed to happen. A staff person at SF Pride, acting under his own initiative, prematurely contacted Bradley Manning based on internal conversations within the SF Pride organization. […]

There are many, gay and straight, military and non-military, who believe Bradley Manning to be innocent. There are many who feel differently. Under the U.S. Constitution, they have a First Amendment right to show up, participate and voice their opinions at Pride this year.

And voice their opinions they did. Ellsberg, wearing a pink feather boa, waved at bystanders from a truck labeled "Bradley Manning Grand Marshal," while supporters participated in a Michael Jackson flash mob.

Meanwhile at the parade, over 1 million attendees crowded the San Francisco streets -- a larger-than-usual turnout in celebration of the Supreme Court's rulings against the Defense of Marriage Act and California's same-sex marriage ban, Proposition 8, just days earlier.

"We had over 327 extra marriage licenses issued between Friday and Saturday and [City Hall] is still open," said San Francisco Mayor Ed Lee from the parade on Sunday. "And it's not costing us anything -- everybody's volunteering, they're so happy."

In February, Manning pleaded guilty to 10 of the lesser charges that he misused classified information and faces up to 20 years in prison.

Manning pleaded not guilty to the most serious charge, aiding the enemy, and is currently undergoing a court-martial. If convicted, he faces life in prison without parole.

"I felt I accomplished something that would allow me to have a clear conscience," he said during the February trial. "This was the type of information... that should become public." 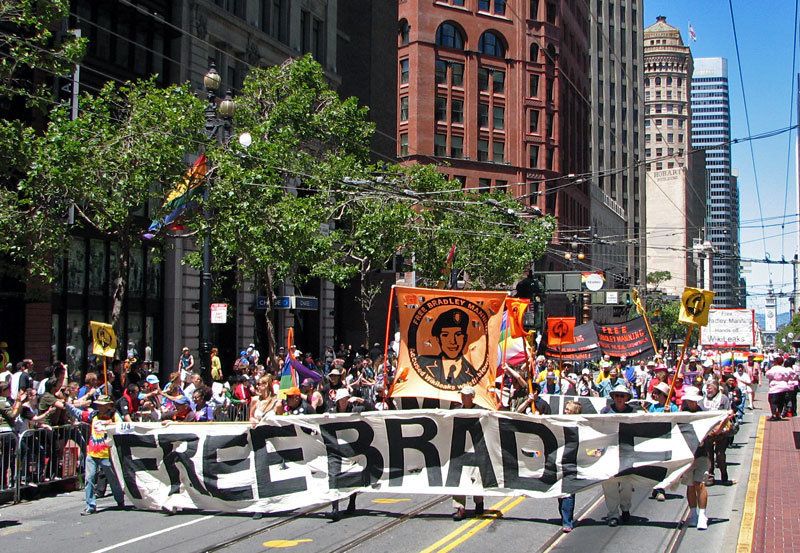