Before we fell in love with the Pritchetts and the Dunphys on "Modern Family," there was another family that stole our hearts in the early 1970s: The Bradys. For many of us, growing up just wouldn't have been the same without "The Brady Bunch." They helped us feel the love when we thought we were alone in our sibling rivalries. They made everyday teenage problems having to do with dating, school and blended families seem like a piece of cake.

We can't believe it's been 45 years today since it all began. (The first episode aired on Sept. 26, 1969.) You might still be watching re-runs but here are five things you probably never knew about the hit show:

The forgotten middle-sister's oft-repeated cry might have had more truth in real life than you'd think. Cast member Susan Olsen, who played Cindy Brady, hinted in a 2013 interview, that the sibling rivalry was pretty real. "We love them both. We just don't see the two of them together," Olsen said in a 2013 interview with OWN.

There have been various rumors as to why actresses Maureen McCormick -- who played Marcia -- and Eve Plumb -- who played Jan -- still don't get along to this day. According to OK! Magazine, a televised cast reunion was reportedly cancelled because the actresses didn't want to be in each other's presence. Some allege it's because the elder Brady (McCormick) was actually jealous of younger sister Jan (Plumb), in a real-life plot twist. Others suggest it's because McCormick has spoken about how she has kissed Plumb, leading to various insinuations.

2. The Brady house is still around.

No, the idyllic '70s family home was not just built on some Hollywood backlot -- not the exterior, at least. Producers picked the Studio City home because it looked relatable and middle-class. In a 1994 interview, Los Angeles Times, series creator Sherwood Schwartz said the house also fit the bill because it looked like something an architect (Mr. Brady) would live in. The owner during the filming downsized and the next owner had to have a fence built around the yard to keep over-zealous fans from peeking into the windows, hoping to catch a glimpse of the Brady home, though the interiors were shot in a studio. Owners have said rarely does a day go by that they don't spot a tourist taking a photo or, better yet, knocking on the door to ensure they've got the right address (11222 Dilling Street, that is).

3. The shared bathroom was incomplete.

It's bad enough to imagine six siblings sharing one bathroom (especially with all the time Marcia probably spent looking in the mirror), but imagine one without a toilet. That's right. In a strange piece of Brady trivia, it's believed that a toilet was never actually seen in any of the bathroom scenes during the show's run. Apparently, networks thoughts it was too crude to show a toilet on-air. In fact, it reportedly wasn't until 1971 that a toilet flush was even heard on air. Well, less for Alice to clean!

The catchy, can't-get-it-out-of-your-head theme song was actually sung by the cast, not actual singers, after season one that is. The first season's theme song was recorded by pop group, The Peppermint Trolley Company. After that, the Brady kids, were given the task of belting out the tune for each of the following four seasons. The song is so catchy, that even decades later, many people know the song, whether they religiously watched the show or not. Actress Florence Henderson, who played family matriarch Carol Brady, says to this day, she asks the audiences of her one-woman show to sing along with her, and they all seem to know "every single word."

5. Back in the day, the show really wasn't a huge hit.

While it's hard to imagine what pop culture would be without the all-American classic, at the time, the people behind the show weren't so sure it would have a place in history. The show was never renewed for a whole season, until its fifth and final season. It might have been because even at the height of its popularity back in the '70s, it only reached #34 on the Nielsen ratings. Somehow, its relatability has helped it endure all these years. 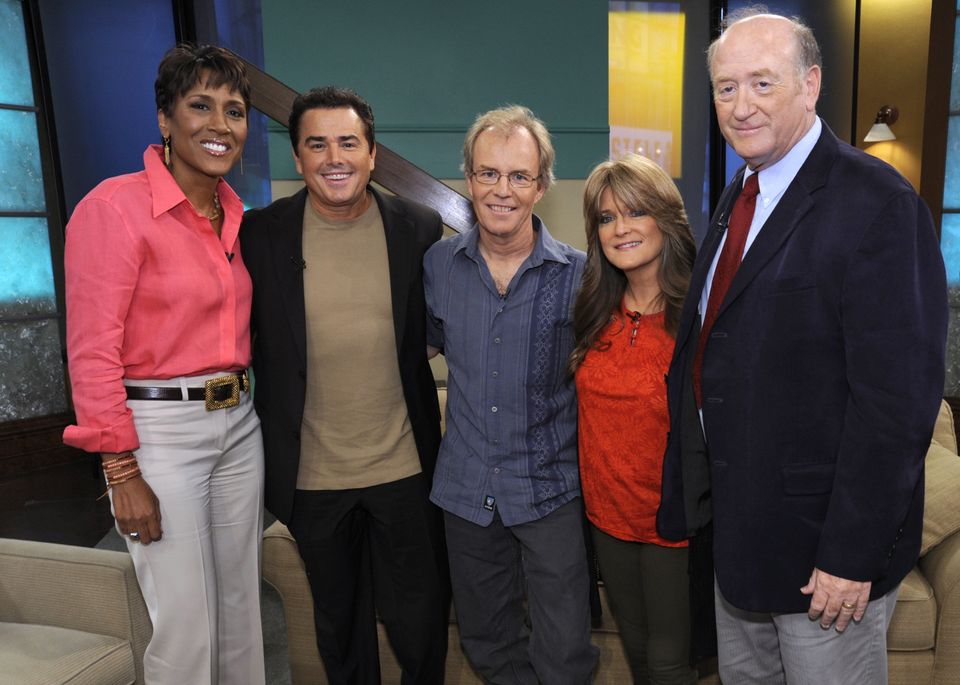