Have you had trouble deciphering a Jackson Pollock canvas, to the point of experiencing physical brain cramps? Have you fixated on a Georgia O'Keeffe image, your pupils dilating as you search for meaning? Well, you must be trying too hard, because a new study out in Brain and Cognition says your mind is hard-wired to love art.

Yup, it turns out you have no excuse for your lack of admiration. "The human brain is built for art appreciation," The Wall Street Journal reports. It's a "natural biological process."

This revelation comes courtesy of a little paper titled “Neural correlates of viewing paintings: Evidence from a quantitative meta-analysis of functional magnetic resonance imaging data," compiled by researchers at the University of Toronto. Based on meta-analysis of 15 different neuroaesthetics studies conducted between 2004 and 2012, in seven countries across the world, the findings reveal that viewing paintings activates various regions of the brain, meaning our minds just might be organized to engage with visual art. 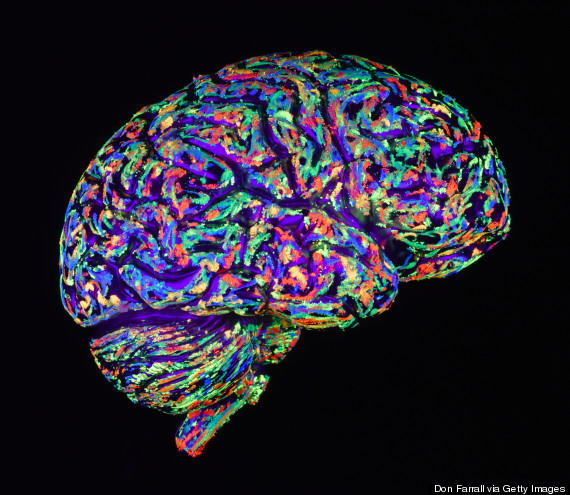 The studies involved 330 participants ages 18 to 59 who were tasked with viewing a series of familiar and not-so-familiar artworks inside the confines of an MRI scanner. Many of the projects (about 2/3 to be precise) asked their participants to make "aesthetic judgments" about the masterpieces, while in other cases they were prompted to merely gaze upon the paintings.

What scientists found, after evaluating these studies, is that viewing paintings triggered activity in regions of the brain associated with "vision, pleasure, memory, recognition and emotions, in addition to systems that underlie the conscious processing of new information to give it meaning.”

The Brain and Cognition abstract explains:

As predicted, viewing paintings was correlated with activation in a distributed system including the occipital lobes, temporal lobe structures in the ventral stream involved in object (fusiform gyrus) and scene (parahippocampal gyrus) perception, and the anterior insula-a key structure in experience of emotion. In addition, we also observed activation in the posterior cingulate cortex bilaterally-part of the brain's default network. These results suggest that viewing paintings engages not only systems involved in visual representation and object recognition, but also structures underlying emotions and internalized cognitions.

Over the years, the relationship between the general public and the exclusive art world has been tenuous, to say the least. While curators, critics and artists live in a bubble of contemporary revelry, many amateur admirers and museum patrons can feel left out of the highfalutin cliques, and it leaves a sour taste in their mouths. So, perhaps, this study can reawaken the confidence we all need to tackle a Kandinsky or Cezanne. After all, your posterior cingulate cortex and anterior insula are there to help.

We would, however, like to reiterate artnet News' astute pondering: "We would also be curious to know if the same principles apply to more mentally taxing genres like performance art, where the reward for viewing is typically less immediate, and shot through with the inherent awkwardness of watching performance art."

On Our Radar Art Arts University Of Toronto

It Turns Out Your Brain Might Be Wired To Enjoy Art, So You Have No Excuses
Benjameme 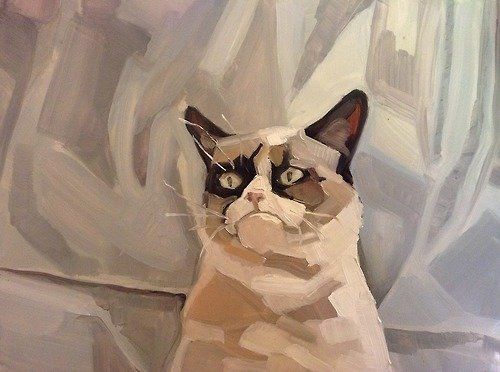