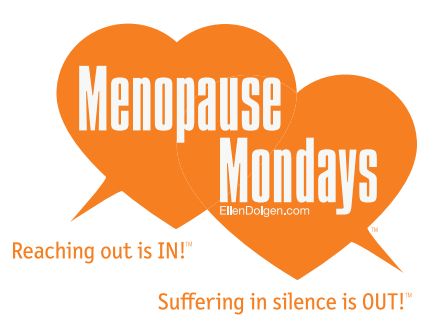 Where are my keys? If it's the umpteenth time you've asked that question today, you're undoubtedly frustrated. Chances are you want to find the cause -- and fix it before you go and lose your keys again!

If you are in your 40s, 50s, and beyond, there are a few possibilities worth considering: Of course, there's perimenopause and menopause, which are both infamous for an inability to focus and memory loss. In fact, a new study from the University of Rochester Medical Center shows that many women experience cognitive changes during menopause. (Watch Ellen on the TODAY Show discussing the study!)

But then there's also Attention-Deficit Hyperactivity Disorder (ADHD) and its own unique brand of spacey behavior. Not just for kids, about 4.4 percent of adults in the United States show symptoms of the neurobiological disorder, according to one study published in the American Journal of Psychiatry.

So which one has got the best of your brain, or is it both? It's a question women should seriously ask themselves when seeking hormone happiness, according to ADHD coach and consultant Roxanne Fouché, co-founder of the San Diego-based Focus For Effectiveness.

While it's commonly believed that ADHD is more common in boys than in girls, the truth of the matter is that females are often victims of missed diagnoses during childhood, according to Fouché. "Because girls and women are less hyperactive and have more inattentive symptoms, women often go undiagnosed until their 30s, 40s, or later when there is a widening gap between life's demands and the individual's abilities to focus, organize or complete tasks," she says.

What's more, perimenopause and menopause is a critical time for physicians to catch ADHD in their female patients. Why? Estrogen levels decrease during this time, contributing to an increased risk of depression, irritability, sleep problems, anxiety, panic, difficulty concentrating, as well as memory and cognitive dysfunctions, according to Fouché. "Women with ADHD frequently report a worsening of their ADHD symptoms during these low-estrogen states," she adds.

The first step is determining if your brain fog is new -- or simply worse than it was before. "If a woman has only recently begun having difficulty with memory, concentration, and mental fuzziness, it may be related to menopause," Fouché says. "If, on the other hand, these symptoms have been present since childhood and are getting worse, it is possible that the effects of declining estrogen levels make it that much more difficult for her to cope with undiagnosed ADHD."

Either way, the solution is simple: seek a clear diagnosis and treatment. If the symptoms are new, visit a perimenopause and menopause expert who can evaluate your mental fuzziness. If they've always been around (just not as bad as they are now), The National Resource Center of ADHD advises that you visit a specialist who is familiar with ADHD in adult women. That could be a behavioral neurologist, psychiatrist, or clinical or educational psychologist. While there's no one "test" to diagnose ADHD, typical evaluations include ADHD symptom checklists, standardized behavior rating scales, a discussion of past and present symptoms of ADHD, as well as information gleaned from family and significant others, according to The National Resource Center of ADHD.

Navigating both perimenopause and menopause? Fouché suggests addressing your variety of symptoms by developing a comprehensive, multi-faceted plan that includes:

Use of medications, if deemed appropriate by your physician. Stimulants (including Ritalin and Adderall) balance neurotransmitters in the brain to improve the symptoms of inattention and hyperactivity. Non-stimulant medications such as Strattera and antidepressants may be good options if you can't take stimulants because of existing heart problems, according to Mayo Clinic.

Consultation with a perimenopause and menopause expert. Bio-identical hormone-replacement therapy and lifestyle modifications can ease menopausal symptoms and help you achieve hormone happiness.

Focus on self-care. Women often take care of everyone else in their lives before they get to themselves. But by putting yourself first -- getting regular exercise and eating a well-balanced diet, you can alleviate many symptoms of both ADHD and menopause to get your mojo back. (Check out the best foods for fighting menopausal symptoms.)

Professional support and guidance. A licensed psychologist, an organizational expert, a certified ADHD coach -- or any combination of the three -- can help you sort through the brain clutter. Find an ADHD coach near you through the ADHD Coaches Organization.

For us women, there's little in life that's more frustrating than Swiss cheese brain. We've got things to do and people to see, after all! Lucky for our minds, schedule, and keys, help is just around the corner. All you have to do is reach out!

Let's hang out! Monday, August 12 at 5:30pm PST/8:30pm EST. Ellen is hosting her Menopause Mondays Google Hangouts: Where the Sisterhood helps the Sisterhood. Start sending your questions in here! Get ready to talk menopause with Ellen at this free online event! Details and RSVP here.

After struggling through the silence that surrounds menopause, Ellen resolved to help women reach out and end the confusion, embarrassment, and less-than-lovely symptoms that come with "the change." Her passion to be a "sister" to all women fueled Ellen's book, Shmirshky: the pursuit of hormone happiness. As a result of her women's wellness journey, and in response to the overwhelming thirst of her ever-expanding audience for empowering information, Ellen's weekly blog, Menopause Mondays was born.

Menopause Mondays allows Ellen an expansive platform from which she broadens her discussion of menopause, women's health, and life as a menopausal (and fabulous!) woman. Her weekly Menopause News Flash provides a one-stop shop for the latest menopause and women's health news and research, allowing women the access and know-how needed to take charge of their health and happiness. In addition to Ellen's ever-growing social media presence, EllenDolgen.com has fast become "the place" on the web for informative and entertaining women's menopause and wellness engagement. In 2012 EllenDolgen.com was named first on the list of the "Best Menopause Blogs" by Healthline. Ellen is also a regular contributor to over a dozen leading women's health blogs. Her motto is: Reaching out is IN! Suffering in silence is OUT!

Ellen has appeared on the "TODAY Show," the "Rachael Ray Show," "The Doctors," Oprah Radio, Playboy Radio, NPR's "Tell Me More," Doctor Radio, and dozens of regional and national media outlets. Ellen is also one of the first regular contributors to debut on The Huffington Post's recently added site, Huff/Post50, which targets 116 million Americans over the age of 50.