2014 was a big year for the brain. As The New York Times declared in February, the next frontier in science is "inside your brain" -- and indeed, some neuroscience research was particularly noteworthy.

Though the human brain is still largely a mystery to us, slowly but surely, neuroscientists are coming to a deeper understanding of how it gives rise to consciousness, thought and emotion works. According to brain scientist Gary Marcus, what we're seeing now is nothing short of a revolution in neuroscience.

"There's never been a more exciting moment in neuroscience than now," Marcus wrote in the preface to his compilation, The Future Of The Brain: Essays By The World's Leading Neuroscientists, published last month. "At present, neuroscience is a collection of facts, still awaiting an overarching theory; if there has been plenty of progress, there is even more that we don't know. But a confluence of new technologies... may change that."

President Obama even compared the mapping the brain to the "space race" of the 1960s, during an announcement of his BRAIN Initiative. The White House's ambitious multimillion-dollar research effort to develop new technologies for exploring the brain could spend as much as $4.5 billion developing new neurotechnologies in the next decade, according to National Institutes of Health director Francis Collins. Meanwhile, Europe's Human Brain Project -- a similarly ambitious initiative, which also launched in 2013 -- began moving forward after some early setbacks. Japanese researchers, too, are working hard on the 10-year Brain/MINDS project to map the primate brain.

Here are five important things we learned about the brain in 2014.

The brain may be highly affected by the gut.

This year, the burgeoning idea that gut bacteria might have a significant impact on brain functioning gained steam in the scientific community. The National Institute of Mental Health invested more than $1 million on a new research program investigating the link between the gut microbiome and the brain, and a neuroscience conference last month called the investigation of gut microbes a "paradigm shift" in brain science.

Previous research had investigated a link between disorders like autism, depression and anxiety to variations in the microbes within the intestines -- and this year, neuroscientists began to develop a deeper understanding of just how the microbiome, as it is called, exerts an influence on the brain's development and activity. While the link is still being investigated, the immune system and the vagus nerve, which connects the brain to the digestive tract, both likely play a role.

The idea of telepathy may not be as far-fetched as it seems. This year, scientists achieved direct brain-to-brain communication between humans.

Building upon early research started in 2013, this fall, researchers from the University of Washington were able to repeatedly transmit signals from one person’s brain via the Internet, and used these signals to control the hand motions of another person in less than a split second.

Here's how it works: The researchers tested three pairs of participants (each with one sender and one receiver) who were placed a half mile apart, unable to interact with one another except for the link between their brains. The 'sender' is hooked to an electroencephalography machine that reads brain activity and sends electrical pulses via the web to the 'receiver,' who has a transcranial magnetic stimulation coil placed near the area of his brain that controls hand movements. Using this system, the sender can command the receiver to move his hand by simply thinking about the hand movement. So the sender, who is playing a computer game in which he has to defend a city by firing cannons, thinks about firing the cannon at various intervals throughout the game. The "Fire!" brain signal is sent over the Internet directly to the brain of the receiver, whose hand hits a touchpad that allows him to fire the cannon.

"This paradigm offers a wide opportunity for developing protocols for interacting with or putting information into a human brain," researcher Chantel Prat of the UW Institute for Learning & Brain Sciences said in an email to The Huffington Post. "This technology could eventually be used to 'patch' what is missing or lost in a brain-damaged individual."

We replicated brain cells in order to study Alzheimer's.

Some groundbreaking research, published in the journal Nature in October, was able to replicate brain cells for use in studying Alzheimer's disease.

The Massachusetts General Hospital researchers created what they call "Alzheimer's in a dish" -- a petri dish containing human brain cells that reproduce the important structures and course of events implicated in the development of Alzheimer's.

Using the petri dish, the researchers will test over 1,000 Alzheimer's drugs currently on the market, and some 5,000 experimental ones. The researchers also used the new three-dimensional model to provide evidence for an existing hypothesis that deposits of beta-amyloid plaques in the brain are an early catalyst for the disease.

“It is a giant step forward for the field,” Dr. P. Murali Doraiswamy, a Duke University Alzheimer’s researcher, told The New York Times. “It could dramatically accelerate testing of new drug candidates.”

We were able to alter the emotional character of memories.

In a landmark study, researchers used optogenetics, a technique that manipulates the activity of neurons using light to influence specific memories in the brains of mice.

The Massachusetts Institute of Technology researchers, led by Nobel Prize-winning immunologist Susumu Tonegawa, were able to plant false memories and remove existing memories in the hippocampus, an area of the brain associated with the formation and encoding of memories.

They were even able to switch the emotions associated of the mouse's memories by linking one memory with a disparate memory of a different environment and emotional tone -- effectively flipping a negative memory into a positive one. Tonegawa told The New York Times that the research may provide a basis for psychotherapy treatments that help patients to unearth good memories in order to lessen the effect of bad or stressful ones.

"[These results will] help us understand the proportion of cells that are involved when you have to change a memory from being a bad one into a good one -- are we dealing with changing 50 percent of the cells in the amygdala, or are we dealing with 1 percent or even less?" Dr. Richard Morris, a memory researcher who was not involved in the study, told the BBC. "It gives us an idea of the scale of the problem."

We realized just how little we really know.

The great paradox of studying the brain is that the more we learn, the less we know.

Although scientists have been able to probe into the workings of specific neurons and networks of neurons in the brain, they've lacked an understanding of the big picture and a theoretical framework in which to situate all the data. There are some 100 billion neurons and up to 1,000 trillion neural connections in the brain -- so studying them individually or in small groups, says neuroscientist Rafael Yuste, is like "understanding a television program by looking at a single pixel."

"Perhaps the greatest challenge is that the brain functions and can be viewed at so many levels, from a detail of a synapse to brain regions trillions of times larger. There are electrical impulses to study, biochemistry, physical structure, networks at every level and between levels. And there are more than 40,000 scientists worldwide trying to figure it out," New York Times science reporter James Gorman wrote of the Human Connectome Project, an attempt to create an interactive map of the brain's wiring, in January. "Each way of looking at the brain reveals ever more astonishing secrets, but the full and complete picture of the human brain is still out of reach."

5 Amazing Advances In Brain Research In 2014
5 Ways To Capture That "Aha!" Moment 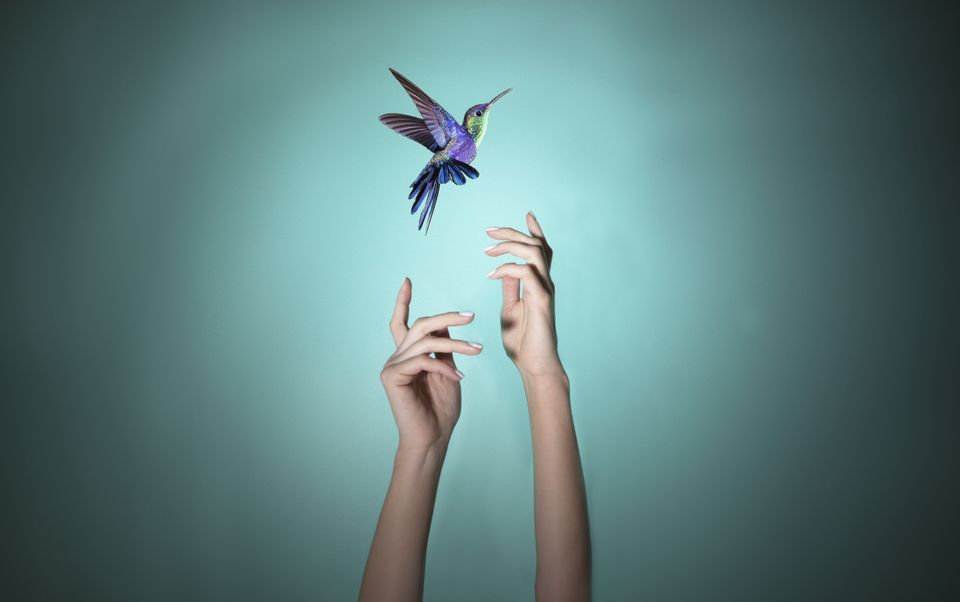 1 / 5
Be curious.
Being curious is the best way to become more insightful, says Klein, and a lack of insight often comes from being in a passive and disinterested state of mind. "Curiosity is another engine of insight," says Klein. "People who get insights see something that's a little bit off, and instead of ignoring it, they're curious about it. Curiosity keeps our mind engaged to work out the implications."
Getty