Albert Einstein (Figure 1) died on April 18, 1955 at Princeton Hospital in New Jersey. Évariste Galois (Figure 2) died on May 31, 1832 at the Cochin Hospital in Paris. The two men had something in common: They were both geniuses who formulated game-changing mathematical theories. Einstein formulated General Relativity -- the theory that describes and predicts the behavior of the universe on its largest scales. Galois formulated Group Theory -- the mathematical language of the symmetries of the world. Even though Galois had no application to physics in mind, his theory has become the tool of choice when discussing all the subatomic particles. 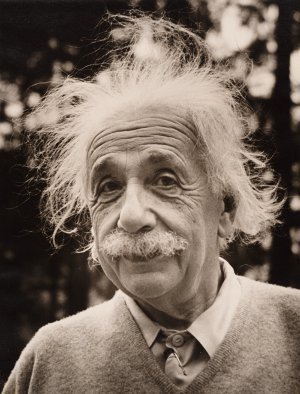 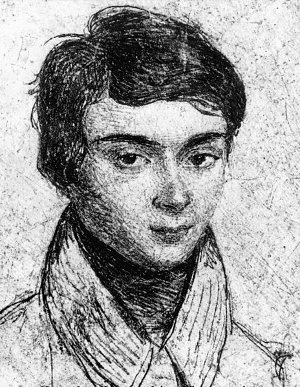 Through two bizarre sequences of events, Galois and Einstein had something else in common: The brains of both were subjected to a detailed investigation after their death!

Galois died of peritonitis at age twenty, after having been shot in the stomach in a duel. Yet, the pathologist opened his skull, and more than half of the autopsy report was devoted to the brain. Among other details, the pathologist wrote: "The brain is heavy, its convolutions large, its crevices deep, especially on the lateral parts... the weight of the brain and the cerebellum together is three pounds, two ounces less one eighth of an ounce."

Why did the pathologist examine Galois's brain so thoroughly when the cause of death was obvious? The first sentence of the autopsy report may provide a clue: "Young Galois Évariste, 21 years of age, a good mathematician, known primarily for his ardent imagination, has just succumbed in 12 hours to acute peritonitis, caused by a bullet shot from 25 paces." The impression one gets, therefore, is that aware of Galois's reputation as a mathematician, the pathologist felt compelled to examine the brain for potential clues as to the origin of the young man's unusual attributes.

The story of Einstein's brain is even more astonishing. The pathologist, Thomas S. Harvey, dissected the brain into 240 pieces, which he then embedded in a plastic-like substance called celoidin. For more than two decades, no one, not even Einstein's family, knew that Einstein's brain was being kept in jars at Harvey's home. This fact was only brought to light in 1978 by investigative journalist Steven Levy. Since then, Harvey has allowed three teams to examine parts of the brain. Although each team published some findings hailed at the time (in 1985, 1996, and 1999, respectively) as potential keys to Einstein's genius, none could be regarded as conclusive. Perhaps the most meaningful characteristic was the wider-than-normal (by about 15%) inferior parietal region (which is thought to be responsible for mathematical reasoning), and the absence of a groove (sulcus) in that region.

When asked why he took the brain, Harvey explained that he felt obligated to salvage the precious gray matter for posterity. As a side note, let me comment that indeed having scientific data that are inaccessible (as in the case of Einstein's brain), can impede progress. This is precisely why modern astronomical observatories have easily accessible archives, and all the data are routinely made public (typically after a short proprietary period).

While the pathologists did not discover any clear explanation for either man's genius, we can understand their fascination with the brains of two individuals who were far ahead of their time.