Miley Cyrus' younger brother Braison was hospitalized on Saturday -- and while he is now doing fine, he luckily had his dad, Billy Ray Cyrus, there to document the bloody incident.

Billy Ray posted a photo of his 18-year-old son sitting up in a hospital bed, covered in blood and hooked up to machines. In the gruesome photo, Braison is holding a bucket of his own blood.

"Today was actually the most horrific day of my life. Honestly, I can't sleep because I am scared," Braison wrote on Saturday. He later explained on Twitter that he had his tonsils out last week: "Not sure what happened exactly but long story short my artery opened and I was bleed[ing] a lot.”

His father, Billy Ray, was also busy updating fans about his son's condition. On Saturday, he tweeted:

"Thanking God and all the fine doctors nurses and staff at Providence Saint Joseph hospital. Been a wild 24 hours but bringing my son home." He later posted the photo of his blood-covered son. 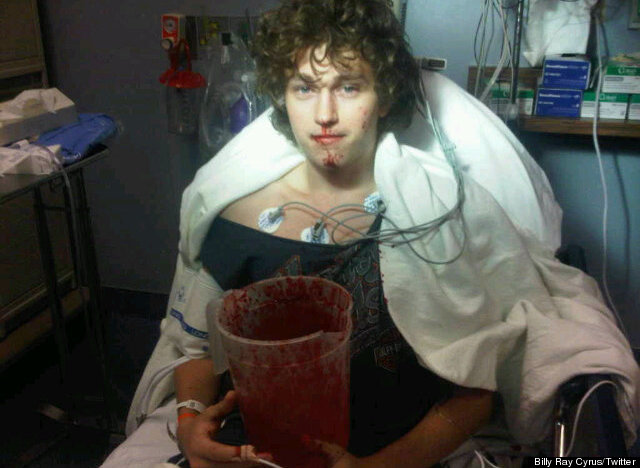