The unscripted cooking series pits celebrity duos against each other as they cook and critique each other's food in Hollywood homes. Who is Brandi paired with? "Oh, our spouses fucked each other," says Brandi in the show's trailer. Brandi's partner is Chef Dean Sheremet. Brandi reached out to her "ex-husband's wife's ex-husband" after booking the show because she is a, in her own words, "shit-stirrer."

Fans of Bravo franchise "The Real Housewives" know Brandi from her stint on the Beverly Hills series. Brandi dished a little on the show at BUILD Series, including which housewife she is besties with in 2017. "I will always be a part of it. Not only because they flashback to me every fucking week. Is there a flashback check?"

For longtime Housewives fans, you might be surprised to hear Brandi is closest with Kim Richards. "Kim's my neighbor, we live very close. I see her all the time." Brandi also noted she is closer with Andy Cohen now that she is not working under him. When asked which housewife she was closest to, she discussed her friendship with Kim in greater detail. "I'm close with Kim. Yolanda and I are friendly, we text over birthdays and holidays, she's not in Los Angeles much anymore. I see Kim all the time. She's doing really well and I'm really happy for her."

Brandi then shared a hilarious story about introducing your loved ones to a new lover. "[Kim Richards] was the first person to meet my new boyfriend. We were driving over to his place and I had to pull over and throw up because I was having a panic attack. I was worried, you know, Kim says some crazy shit and DJ is very normal. Boyfriend, the whole word, makes me ahh." 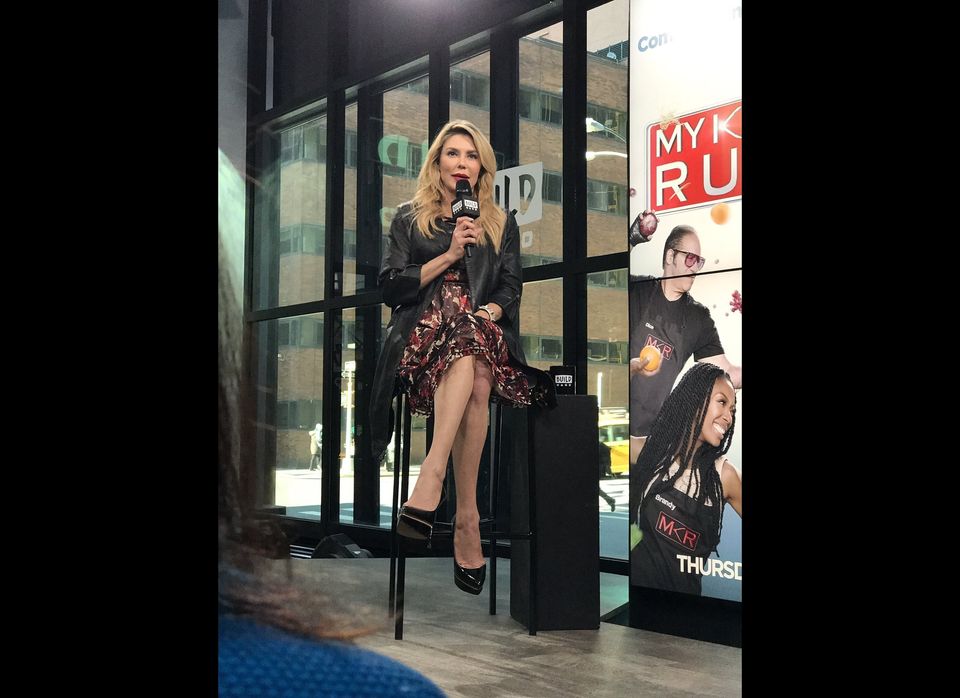