Each year, 24/7 Wall St. regularly compiles a list of brands that are going to disappear in the near-term. Last year's list proved to be prescient in many instances, predicting the demise of T-Mobile among others. In late May, AT&T (NYSE:T) and Deutche Telekom announced that AT&T would buy T-Mobile USA for $39 billion. The deal would add 34 million customers to the company and create the country's largest wireless operator.

Other 2010 nominees - including Blockbuster - bit the dust, while companies, such as Dollar Thrifty are on the road to oblivion. Last September, after finally giving in to competition from Netflix and buckling under nearly $1 billion in debt, Blockbuster filed for Chapter 11 bankruptcy protection. In April of this year, Dish Network acquired the company for $320 million. Car rental chain Dollar Thrifty is still entertaining buyout offers from Avis and Hertz. On June 6, the embattled company recommended that its shareholders not accept Hertz's recent offer, valued at $2.24 billion, or $72 a share. Meanwhile, on June 13th, Avis Budget announced that "it had made progress in its discussion with the Federal Trade Commission regarding its potential acquisition" of the company. Although Dollar Thrifty can remain choosy, a sale is a matter of when, not if.

We also missed the mark on a few companies. Notably, Kia, Moody's, BP, and Zale appear to be doing better than we expected.

Brands that have stood the test of time for decades are falling by the wayside at an alarming rate. For instance, Pontiac, a major car brand since 1926, is gone, shut down by a struggling GM. Blockbuster is in the process of dismantling, after it once controlled the VHS and DVD markets. House & Garden folded after 106 years. It succumbed to the advertising downturn, a lot of competition, and the cost of paper and postage. Its demise echoed the 1972 shutdown of what is probably the most famous magazines in history: Life. That was a long time ago but serves to demonstrate that no brand is too big to fail if it is overwhelmed by competition, new inventions, costs, or poor management.

This year's list of The Ten Brands That Will Disappear takes a methodical approach in deciding which brand would walk the plank. The major criteria were as follows: (1) a rapid fall-off in sales and steep losses; (2) disclosures by the parent of the brand that it might go out of business; (3) rapidly rising costs that are extremely unlikely to be recouped through higher prices; (4) companies which are sold; (5) companies that go into bankruptcy; (6) firms that have lost the great majority of their customers; or (7) operations with rapidly withering market share. Each of the ten brands on the list suffer from one or more of these problems. Each of the ten will be gone, based on our definitions, within 18 months. 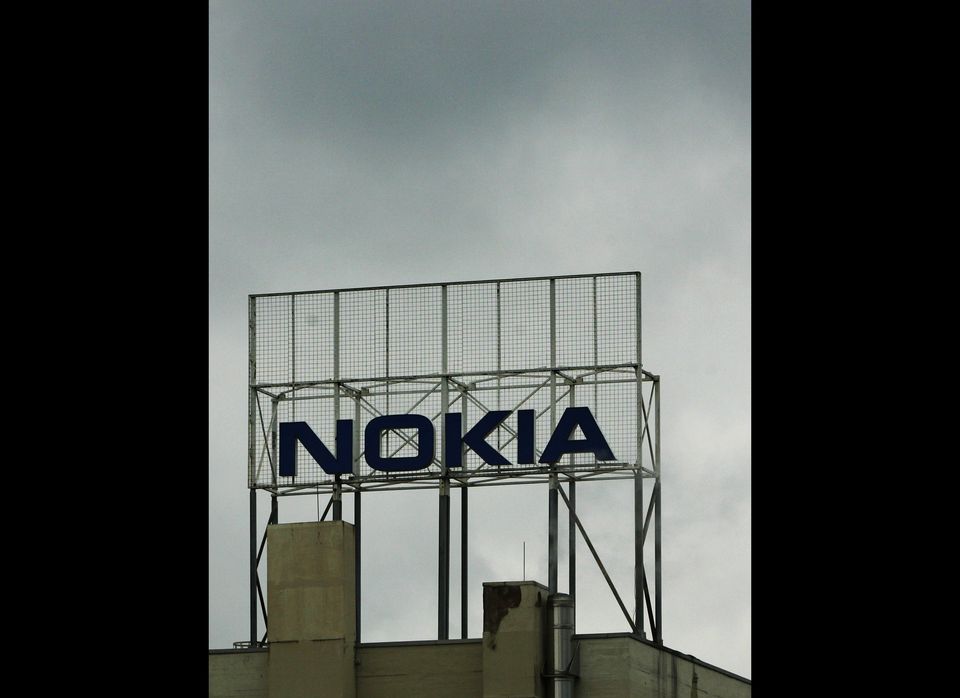 1 / 10
10. Nokia
Nokia is dead. Shareholders are just waiting for an undertaker. the world's largest handset company has one asset. Nokia sold 25 percent of the global total of 428 million units sold in the first quarter. Its problem is that in the industry the company is viewed as a falling knife. Its market share in the same quarter of 2010 was nearly 31 percent. The arguments that Nokia will not stay independent are numerous. It has a very modest presence in the rapidly growing smartphone industry which is dominated by Apple, Research In Motion's Blackberry, HTC, and Samsung. Nokia runs the outdated Symbian operating system and is the process of changing to Microsoft Window mobile OS which has a tiny share of the market. Nokia would be an attractive takeover target to a large extent because the cost to "buy" 25 percent of the global handset market would only be $22 billion based on Nokia's current market cap. Obviously, a buyer would need to pay a premium, but even $30 billion is within reach of several companies. Potential buyers would start with HTC, the fourth largest smartphone maker in the world. Its sales have doubled in both the last quarter and the last year. HTC will sell as many as 80 million handsets in 2011. The Taiwan-based company's challenge would be whether it could finance such a large deal. The other three likely bidders do not have that problem. Microsoft, which is Nokia's primary software partner, could easily buy the company and is often mentioned as a suitor. The world's largest software company recently moved further into the telecom industry though its purchase of VoIP giant Skype which has 170 million active customers. Two other large firms have many reasons to buy Nokia. Samsung, part of one of the largest conglomerates in Korea, has publicly set a goal to be the No. 1 handset company in the world by 2014. The parent company is the largest in South Korea with revenue in 2010 of $134 billion. A buyout of Nokia would launch Samsung into the position as the world's handset leader. LG Electronics, the 7th largest company in South Korea, with sales of $48 billion, is by most measure the third largest smartphone company. It has the scale and balance sheet to takeover Nokia. The only question about the Finland-based company is whether a buyer would maintain the Microsoft relationship or change to the popular Android OS to power Nokia phones. <a href="http://247wallst.com/2011/06/22/247-wall-st-ten-brands-that-will-disappear-in-2012/" target="_hplink">Read at 24/7 Wall St.</a>