Pixar's new movie "Brave," which hits theaters on Friday, could quite possibly have the largest share of redheaded characters of any major studio release in the history of color cinema.

The movie's protagonist, Merida, has red hair, and so do her three mischievous little brothers, who are known only as "The Triplets." All four have inherited their coloring from their father King Fergus, who literally reigns over the mythical Scotland of the movie. And the large-group shots in the movie always include an unusually generous smattering of auburn manes.

But if any company were going to produce such an enthusiastic ode to gingerdom, it was bound to be Disney's Pixar. Since releasing "Toy Story 2" in 1999, the studio has had an unprecedented proportion of redheaded characters in its movies. Every movie the studio has made -- aside from those, like "Cars" and "A Bug's Life," that are not about humans -- has featured at least one redhead. Judging from Pixar's oeuvre, one would never guess that fewer than 2 percent of the people alive today have red hair.

Merida is not even the the first Pixar protagonist with red hair; that honor was claimed in 2007 by lanky, hapless Linguini of "Ratatouille."

"Brave" producer Katherine Sarafian chalked up the red manes of the new movie's characters to their Scottish heritage. She denied Pixar had any specific agenda behind its use of red hair. She laughed, for example, at the suggestion that it resulted from efforts by Pixar executives Andrew Stanton and Brad Bird -- both strawberry blondes -- to insert themselves into their movies.

"I wouldn't call it random, because it is really thought through carefully for each story," Sarafian said, "But I think it might be hard to relate it to filmmakers' individual looks and how they might want to insert that as a point of view in the movies."

Mark Andrews, the director of "Brave" and the story editor of "Ratatouille," said the driving factor behind the decision to make Merida and Linguini redheaded was artistic.

"Mostly it's a design choice to identify the character quickly from everybody else that's in the shots or in the composition," Andrews told The Huffington Post.

Doing this is easier for an animated movie, as the filmmakers can decide exactly how character looks without having to deal with the limited resources of a casting pool.

"From an artist's point of view, we're always looking for variation, so that not every character would have dark hair, even though that would be more realistic," Andrews said. "One of the great things about animation is that we have that kind of visual control."

But even if the decision to include so many redheads can be traced to pragmatic roots, the potential effects of that decision are tremendous. Pixar's movies -- not including "Brave" -- have grossed $7.25 billion worldwide at the box office. Millions of impressionable children and adolescents have seen each of the studio's releases. For the redheads among them, Pixar's ginger-headed characters present a refreshing change.

Comedian Matt McCarthy, whose stand-up act riffs on his redheadedness, told The Huffington Post that as a child, his hair color made him feel excluded from most mainstream mass culture. "I wish there had been more more redheaded things or red-centric things when I was 3 or 5 years old," he said.

And the impact might be almost as palpable for Pixar's millions of fans who lack ginger-colored tresses. Some of them, especially outside the United States and western Europe, could well have their first real encounter with redheadedness in a Pixar movie.

"In pockets in the world, anti-gingerism is very big," explained Marian Roach, author of "The Roots of Desire," an exploration of the history of redheadedness. "It's really quite tragic. Some people really do hate redheads, often because their family has hated them forever,"

Popular culture has often supported the spread of anti-ginger sentiment by perpetuating narrow stereotypes of the significance of red hair, Roach argued. Those stereotypes are gender-specific: Redheaded women have traditionally been seen as highly sexualized, while redheaded men have usually been depicted as evil or bumbling.

Anne Margaret Daniels, an English professor who has been working on a major study of redheadness since 1997, agreed, adding that prepubescent redheaded girls are largely depicted as rambunctious and free-spirited. For that reason, she said, "By and large, redheaded stereotypes tend to be very positive for girls and somewhat damaging for boys."

It could be argued that Pixar has reaffirmed some of those stereotypes. At one point in "Brave," Merida's brunette mother Queen Elena tells her husband that Merida's stubbornness -- like her redheadedness -- comes from "his side of the family." Jessie from the "Toy Story" sequels and Ellie from "Up" both match Daniels' description of the traditional redheaded girl, for example. And Linguini is nothing if not bumbling.

Andrews did not deny drawing on some cultural artifacts for his movies. "I'm not saying that all redheads are fiery, passionate, wild-at-heart people," he said. "They're probably not. But visually, as hair colors go, they automatically get assigned that choice."

"Because colors inherently have emotion, ideas and information that go with them," he said. "Red is a warning; it's hot, passionate, dangerous, wild."

Among the many flame-haired characters that Pixar has created, there's a great deal of variation. It's not like they all fit in one basket. Merida, for example, is too richly drawn and contradictory to fit any one stereotype very easily.

And judging from Andrews' inbox, many redheads seem to be thrilled to have a chance in the spotlight.

"Redheads have been in movies for a while, especially in animation. Daphne in 'Scooby Doo' is a redhead," he said. "There's a lot of these iconic redheaded heroines in animation. Merida's not the first one."

Nor is she likely to be the last, if Pixar continues recent trends.

Click through the slideshow below to see some of the redheaded characters Pixar has featured in its movies.

PHOTO GALLERY
The Redheads Of Pixar
Download
Calling all HuffPost superfans!
Sign up for membership to become a founding member and help shape HuffPost's next chapter
Join HuffPost 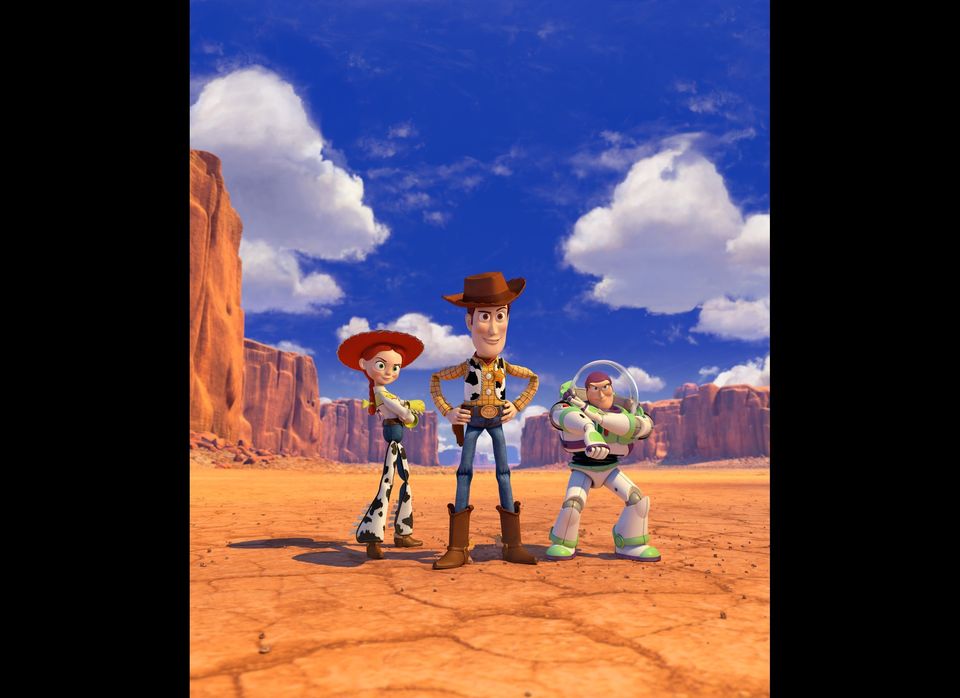