A 56-year-old grandmother nicknamed the "jolly green giant" in grade school has a hair-trigger temper and a penchant for "decking" any man that gets in her way.

Now Khandace Cossitt, of Sandston, Va., wants to challenge a man to a fairer fight--this time on the inside of an mixed martial arts cage.

"This just stops me from beating up the general public, god bless ‘em,” the 6-foot-5 Cossitt told WTVR. Over a colorful career, Cossitt said she's had a lot of experience in the brawling department.

"I've been a bouncer, I’ve been a security guard, I’ve been a stripper, I’ve done burlesque, I’ve been a horse trainer," she said, adding that she's also been mistaken for a man on more than one occasion.

Cage fights are brutal sporting matches that pit competitors against each other in a contest that can get bloody.

Greying pugilists are more common than one might think, however.

DeEtta Peterson, a 49-year-old mother of three and grandmother of four, told KEPR-TV in Pasco, Wash in 2011 that she was itching to get into the ring, even if that means fighting with women 30 years her junior.

Beckie Lobb, a leukemia researcher, certified counselor and a devout Christian (as well as a grandmother) had her cage fighting debut last April. Lobb faced off against Katrina Branchal, 25 a young woman with two fewer children and 15 fewer years under her belt.

Even more recently, 61-year-old Sue Hemenway raised more than a few eyebrows when she climbed into the cage against challenger Shelly Hartwell at the Michigan Battle League in September. According to Pro MMA Now, the 20-something Hartwell made quick work of the gung-ho granny, double-legging her to the canvas where she tapped her out in a matter of seconds.

So far, Cossitt said she hasn't heard back from the cage-fight promoters she contacted, but she has a Plan B.

If she can’t get a fight, she’s planning to grab the microphone during a cage match at local club the Hat Factory, and challenging the crowd. “Come on,” she said, “surely there is somebody here that will fight an old woman.” 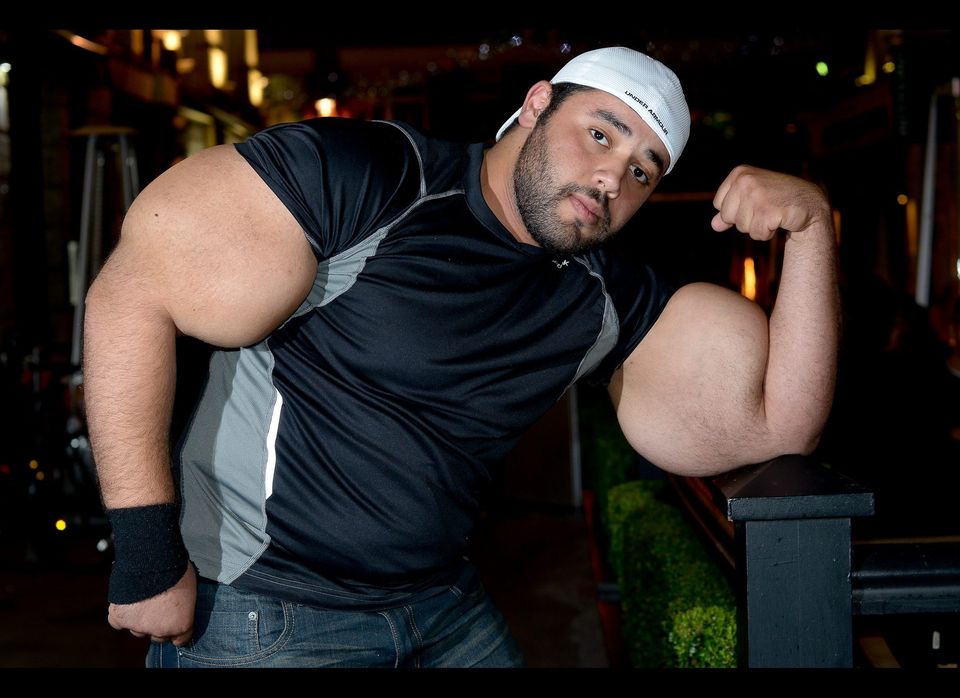 1 / 13
Moustafa Ismail, 24, who has the largest biceps in the World photographed in London as he arrives to promote the news Guinness Book of Records. (Photo credit: SWNS)