If you haven't heard, some Brazilians are not happy about the World Cup in their own backyard.

The host country has spent an estimated $11.3 billion on the event, according to Reuters. Meanwhile, one out of every five Brazilians lives in poverty, and considerable gaps in health care show a stark contrast between the largest South American country and the developed world: Brazil, for instance, has only 1.7 doctors per 1,000 people, compared to 2.4 doctors per 1,000 in the U.S., Philly.com reported.

"How are we going to spend millions building stadiums, and our people don't have hospitals or schools?" Lindolfo Neto, a Brazilian sports shop owner in Philadelphia said to the outlet. "I'm not excited for the World Cup in Brazil."

In Sao Paulo, where World Cup matches will be played throughout the tournament, you do not need look far to see astounding social inequalities. Just steps away from high-end shopping and luxury apartment flats towering above an affluent neighborhood rests a lot on which approximately 800 homeless people have illegally built makeshift shelter. According to eNCA, many of these people are employed. But Sao Paulo's low minimum wage requirement, coupled with the city's rising cost of living, has left many struggling residents with limited options.

Brazil's Homeless Workers Movement, a group supporting the 800 disenfranchised people living in the lot, is the same organization behind a 10,000-person rally near Corinthians Stadium, the Sao Paulo World Cup location, that took place earlier this month, the BBC reported. Peaceful protesters demanded prioritizing health and education spending over lavish athletic investments. The rally was reminiscent of similar protests last year, when more than 1 million people took to the streets of major Brazilian cities to voice frustrations against the World Cup and upcoming 2016 Olympics in Rio de Janeiro.

While some may argue protesters got it all wrong -- Brazil’s government has spent nearly $200 in health and education programs for every dollar spent on World Cup stadiums, according to Forbes -- it's hard to turn a blind eye to the approximate 250,000 people evicted from their homes due to skyrocketing rent in areas close to World Cup stadiums, Al Jazeera reported.

"We don't want to see a tragedy," Neto told Philly.com regarding protests at the World Cup. "But we like to see our people waking up to the problems." 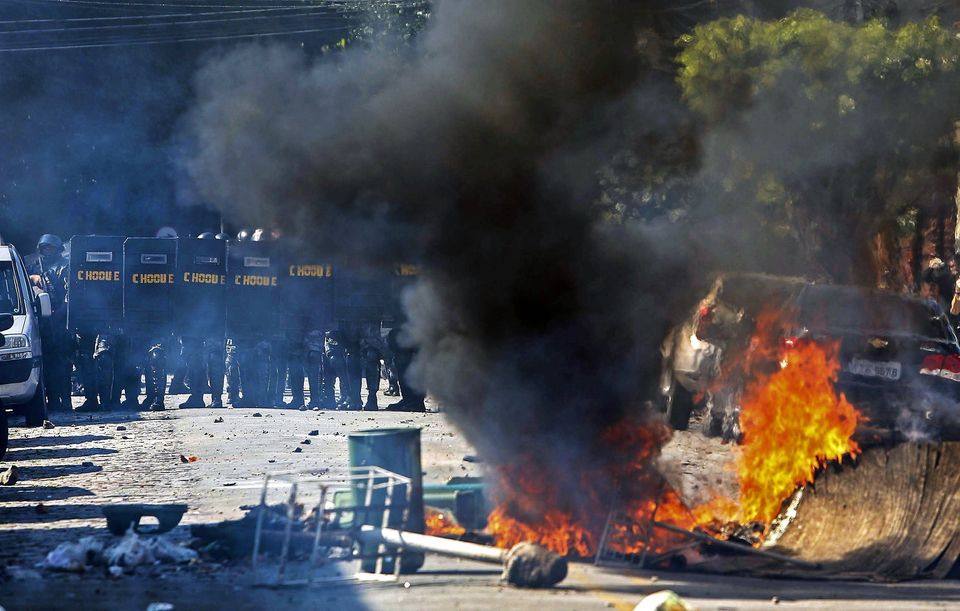