The Sao Paulo Art Biennial may be renowned for celebrating the best of Brazil's avant garde, but international critics say one of this year's featured exhibits -- a series of charcoal sketches depicting the imagined assassinations of former U.S. President George W. Bush and Queen Elizabeth II, among other world leaders -- has gone too far. (Scroll down for photos)

One sketch in the controversial series, titled "Enemies," depicts Bush kneeling on the ground while artist Gil Vicente presses a pistol to the former president's temple. In other sketches, the Queen is apparently unaware of the artist pointing a gun directly at her back, while Pope Benedict XVI faces Vicente directly, his arms outstretched in a quizzical shrug. Other world leaders shown in Vicente's 9-sketch series include former Israeli Prime Minister Ariel Sharon, Iranian President Mahmoud Ahmadinejad and Brazilian President Luiz Inacio Lula de Silva, according to The Telegraph.

The Brazilian Bar Association demanded "Enemies" be removed shortly after making its debut Saturday. "Even though a work of art freely expresses the creativity of its maker, without limits, there have to be limits to exhibiting it publicly," a spokesman said, according to the AFP.

Biennial organizers have thus far rejected efforts to remove the exhibit, and in an interview with the AFP, Vicente defended his work. "They claim it justifies crime," he said. "Stealing public money is not a crime? The reports on TV aren't trying to justify crimes? Only my work is justification of crime?"

See photos of 'Enemies' below: 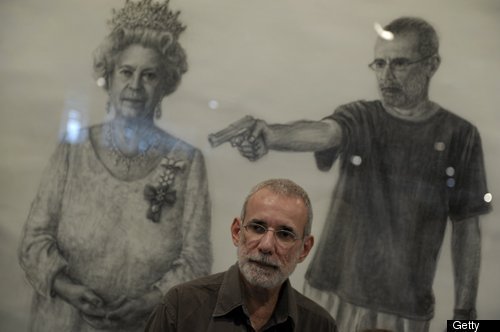 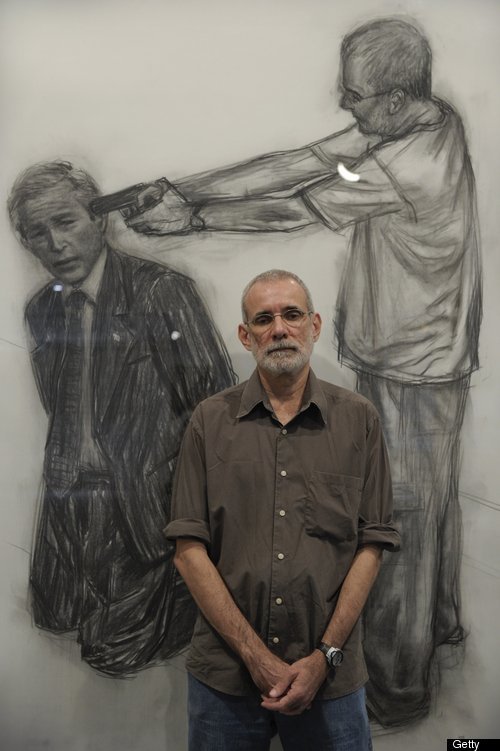 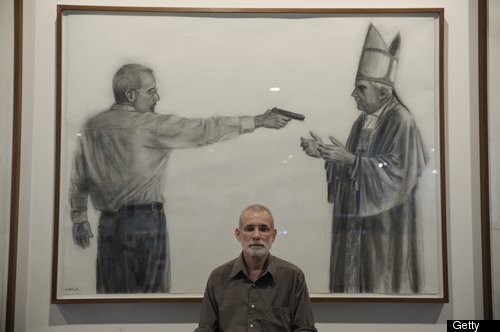 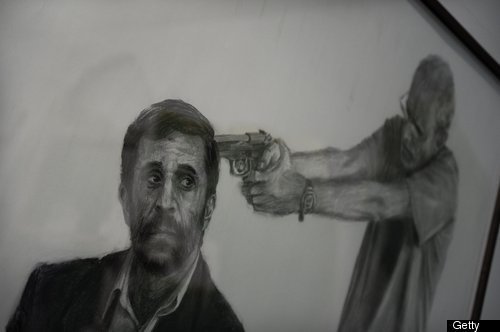