Brazilian waxing and other methods of removing pubic hair may increase the risk of catching certain skin infections through sex, preliminary research from France suggests.

Researchers at a private health clinic in Nice, France wondered whether the increasing popularity of pubic hair removal may have played a role in this increase.

Of the 30 patients (6 women and 24 men) who visited their clinic with sexually transmitted Molluscum contagiosum in 2011 and 2012, 93 percent had removed their pubic hair, either through shaving (70 percent), clipping (13 percent) or waxing (10 percent). Ten of the 30 patients had at least one other skin condition, such as warts or a bacterial infection.

The researchers only found an association, and cannot prove that removing pubic hair increases the risk of contracting Molluscum contagiosum or other skin infections. The study was limited in that is was small and did not include a comparison group of people who are skin-infection free, so more research is needed to investigate the link.

However, experts not involved with the study say that, in theory, removing pubic hair could increase the risk of genital skin infections.

Small nicks or cuts in the skin, which could occur with hair removal, can make it easier for viruses to establish infections, researchers say.

"The body has a number of defense mechanisms to prevent infection. One of those mechanisms is normal, healthy skin," said Dr. Robert Brodell, chief of the University of Mississippi Medical Center's Division of Dermatology. Aberrations in the skin "open the door for catching the infection," Brodell said.

Dr. Jonathan Zenilman, chief of the Infectious Diseases Division at Johns Hopkins Bayview Medical Center, agreed and said that the herpes virus is known to be more transmissible if small trauma occurs to the skin during sex.

"From my standpoint, it makes sense," Zenilman said of the findings. However, he cautioned that the new study is not conclusive. For instance, it could be that other factors shared by the patients besides pubic hair removal increased their risk Molluscum contagiosum infection.

Certain factors increase the risk of catching Molluscum contagiosum, such as having another sexually transmitted infection that causes open sores, or sharing towels, sheets and clothing, said study researcher Solveig Cunningham, an assistant professor of global health at Emory University in Atlanta. "Hair removal may magnify the risk of MC infections in all of these settings," Cunningham said, referring to the skin infection.

"I instruct the patients to stop shaving until the condition is brought under control, because shaving just spreads it further," Mercurio said. Further studies comparing different methods of hair removal may shed light on the link, she said. For instance, laser hair removal would not be expected to increase the risk of infection because it doesn't abrade the skin.

It may be that shaving increases the risk of Molluscum contagiosum because the razor spreads the virus from one part of the body to another, Brodell said.

Brodell said he has not seen the link in his practice, but plans to ask people with Molluscum contagiosum infections if they've shaved in the recent past.

The new study will be published in an upcoming issue of the journal Sexually Transmitted Infections.

Pass it on: Shaving and waxing may increase the risk of the skin infection Molluscum contagiosum.

Editor's note: This article was updated on March 19 to include quotes from Prof. Cunningham.

Copyright 2013 MyHealthNewsDaily, a TechMediaNetwork company. All rights reserved. This material may not be published, broadcast, rewritten or redistributed.
Download
Calling all HuffPost superfans!
Sign up for membership to become a founding member and help shape HuffPost's next chapter
Join HuffPost 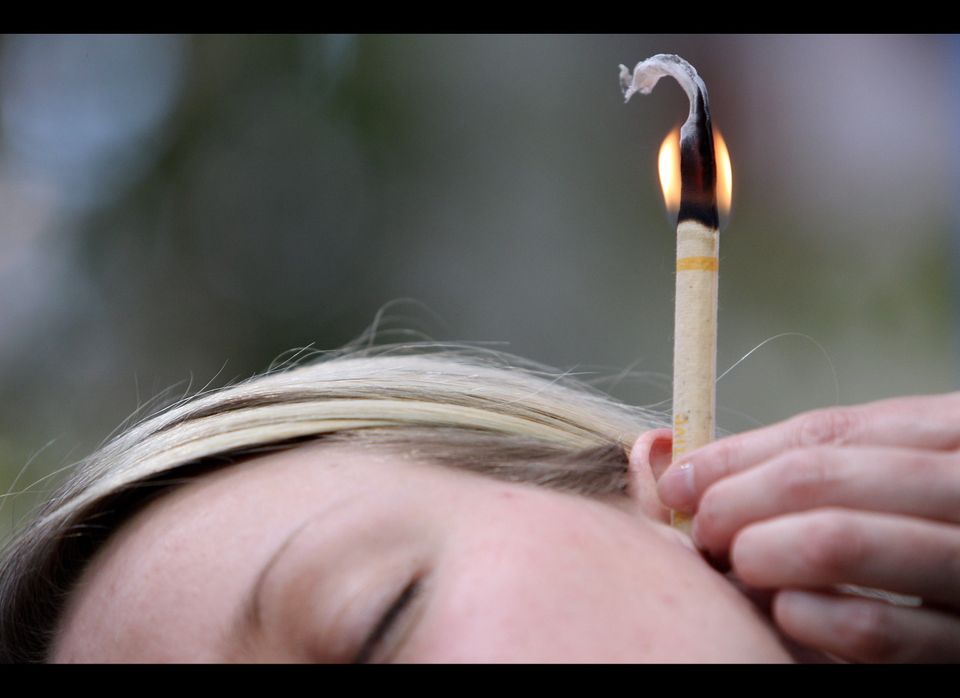 1 / 9
Ear Candles
That full, achy feeling from an ear wax blockage may be annoying -- and salons have a solution for it. Ear candles are 10-inch-long, hollow <a href="http://www.fda.gov/Safety/MedWatch/SafetyInformation/SafetyAlertsforHumanMedicalProducts/ucm201108.htm" target="_hplink">cones that</a> are burned in the ear to supposedly remove wax, impurities and toxins while improving hearing. But experts warn the procedure is dangerous -- the FDA has even issued a safety warning cautioning that the procedure <a href="http://www.fda.gov/Safety/MedWatch/SafetyInformation/SafetyAlertsforHumanMedicalProducts/ucm201108.htm" target="_hplink">can cause serious health problems</a>, including burns, perforations in the ear drum and blockages in the ear canal. "The ear is a sensitive organ," says Gordon Siegel, M.D., associate professor of clinical otolaryngology head and neck surgery at Northwestern University's Feinberg School of Medicine. "I don't think that I would trust any sensitive organ to a salon." Siegel has seen patients with serious perforations from candling, which he compares to sticking a vacuum cleaner in your ear -- and while many holes will heal on their own, others can require surgery and even cause long-term hearing loss. Instead, he recommends that patients try one of the many over-the-counter wax removal products, most of which soften the wax and then use a syringe to irrigate the ear. If you have symptoms in your ear, though, and don't have a history of wax -- or if you can't remove it on your own -- it's best to see a physician. To prevent build-up in the first place, you can use a few drops a week of a half peroxide/half water mix in the ear, or periodically let water run in and out of your ears in the shower, Siegel says. Cleaning the ears with a <a href="http://www.nlm.nih.gov/medlineplus/ency/article/000979.htm" target="_hplink">Q Tip</a> can actually push wax further into the ear causing additional blockages -- not to mention that it could cause a serious perforation.
Getty