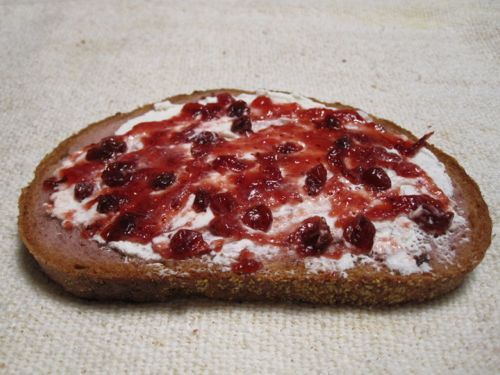 During World War II in Lithuania, the penalty for hiding Jews was death. Nonetheless, Jura's family extended a helping hand to mine.

Recently, members of our two families gathered around a dining room table in New York City. We came together to listen, to learn and to reflect on acts of courage and generosity in a time of unparalleled inhumanity.

On January 27, International Holocaust Remembrance Day, I'll join my cousin Asya, now 86, at the United Nations. This year's ceremony takes place in the wake of the murders of the Charlie Hebdo cartoonists and others in Paris -- a sobering reminder of how far we have to go in combating hatred, anti-Semitism and interethnic tensions in Europe and around the world.

Like other nations, Lithuania, where more than 90 percent of the Jewish population perished during World War II, is struggling to find ways to honor Jewish history, to tell the difficult truths of the Holocaust, and to combat intolerance.

Over herring, pickles and poppyseed cake -- food beloved by Lithuanian Jews and non-Jews alike -- Asya and Jura met for the first time. The two women took turns sharing how our family stories intertwine.

Jura, today a teacher in Connecticut, grew up hearing that her parents had saved two Jewish men. These men were Asya's father and my uncle.

While other members of our families had made contact from time to time over the years, this meeting happened because Jura recognized parts of her family story in my book, We Are Here: Memories of the Lithuanian Holocaust, and excitedly got in touch. The book interweaves my family's Holocaust history with an investigation into how Lithuania today is facing the Shoah.

Asya was 12 when the war came to Lithuania. She experienced firsthand the horrors of the Holocaust as well as the lifesaving assistance of Jura's family.

"One night," Asya told us, "There was a knock on the door. Two Lithuanian men with white armbands demanded to know: 'Are there Jewish men in this house?' My mother fell to the floor and begged." The men relented. "We will leave them," they said, "but you must hide them."

"My mother insisted on taking them in," Jura said. "My father agreed. 'If you are not afraid to die,' he said, 'I'm not, either.'" They hid the two men in a barn for a week until the murderous roundup was over.

Then Asya's family was forced into the ghetto. "There was no food," she recalled. "Every five minutes, I would ask for something to eat."

Once again, Asya told Jura, "Your parents helped." They got permission for Asya to work as their babysitter.

"Every morning I would cross the city wearing my yellow star," Asya said. Given the Nazi occupation and widespread antipathy toward Jews, it was a dangerous journey.

Once at Jura's family home, Asya didn't do much babysitting. The real aim was to stave off starvation. Not allowed to bring food back into the ghetto, she spent her days in the kitchen. "All I did was eat," she recalled. "I sat and ate bread with preserves. So sweet and good!"

After a month, the German command revoked Asya's pass. She worked long hours at a military airport and a shoe factory, and was then transported to the Stutthof labor camp. She and her mother survived months of cold, hunger, hard labor and a death march. Her father and my uncle were confined in the Dachau concentration camp. They, too, survived.

Jura's family continued to help Jews. Like her parents, her aunts and grandmother risked their lives by hiding Jews. They also established a small sewing factory to employ ghetto women. They were inducted into the rolls of the righteous among the Nations at Yad Vashem, Israel's Holocaust museum.

After the war, when Lithuania became part of the Soviet Union, some members of Jura's family stayed in Lithuania; others fled. She and her parents lived in Pakistan before gaining entry to the U.S. This story, too, was part of our encounter at the dining room table.

Although Jura had long known the tale of her rescuer parents, meeting Asya face to face felt extraordinary.

"It is a very different experience to hear such a story from a person who has lived through it," she said. "It also is a profound experience to know more about how my family played a role in her story."

At the U.N. on January 27, I'll be bringing Asya a gift -- a loaf of dense black bread and a jar of preserves.

With this offering, I'll express hope that throughout the world, families like Jura's will become the rule, not the exception. I hope for a world where reaching a hand across cultures is a part of daily life, as natural as a slice of bread and jam.