Archbishop Emeritus Desmond Tutu was recently in Bali on a stopover. I had breakfast with him shortly after Jokowi's status as Indonesia's president elect was upheld by the constitutional court. Amidst all the high expectations for a revitalized democracy under the new president elect, I talked to this member of The Elders about what he has gleaned from his experience :

RIO HELMI: In Indonesia we have a growing gap between the ultra-wealthy minority and the rest. At the same time the culture becoming increasingly materialistic. As a man of the cloth, how do you address this lack of sensitivity to others welfare?

ARCHBISHOP DESMOND TUTU: We have to be careful not to give the impression that material things are in themselves bad, they are not. What we are decrying is that people should be so ostentatiously rich when there are others who are going to bed hungry. That is abominable. South Africa now has the worst gap between the rich and poor in the world! It is totally unconscionable, but it is happening. It has been twenty years since our (SA) freedom happened but we have been very, very slow in narrowing the gap between the rich and the poor.

RH: These are of course social and economic issues, but do you think there is also a spiritual vacuum that is becoming bigger that is allowing this disregard for fellow humans to grow? Or is this simply an issue of political, social, and economic incompetence?

ADT: It is a combination. It is both spiritual and other things. At heart all of our problems are spiritual really. [However] One of the problems in South Africa is what they call employment of cadre. I think they [the ANC] have been more influenced by Russian communism than we reckon.

ADT: Ya -- they don't want to say this but one of my former colleagues (Alex Boraine) on the Truth and Reconciliation Committee has written a book titled "What Has Gone Wrong?". In 1994 we thought we were marching to Paradise more or less, and things have unraveled to some extent. Boraine's diagnosis is that these are people who have been influenced by Russian communism where it's the "party, right or wrong". 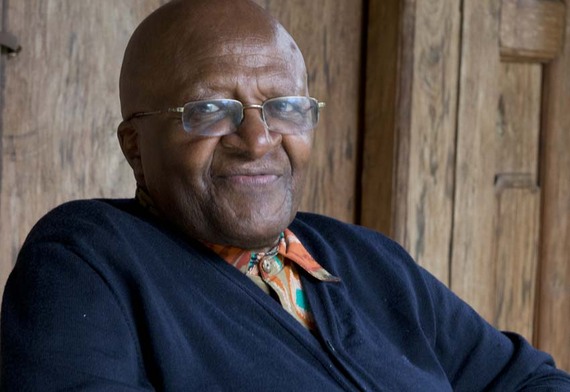 RH: Back in the early days of Indonesia's after Suharto stepped down the Indonesian Human Rights Commission set up temporary think tanks in various regions of Indonesia with representatives of all walks of society to work out how to proceed with reform. We looked at the truth and reconciliation process of South Africa. But until this day there are many things we can't discuss openly about what happened in 1965 here, it's a very dark period of our history. I was wondering whether when you did this in South Africa did that really clear the air, open the door [for a new future]?

.....you have to be sure that you are not going to wake up the lion that is ready to spring. But on the other hand the value of coming clean is beyond monetary value.

ADT: We did somewhat. Partly we were mucked up by the fact the government did not take up some key recommendations that we made. The incoming president (Thabo) had an attitude towards the commission which was disgraceful actually. People gave evidence about the atrocities that had happened in their camps. Those are the things that we found out by our own investigation. Torture is torture is torture. Someone said to him that the commission was criminalizing their struggle. He [then] had this in his head, so any thing that came from us he gave short shrift to. That was one thing, then there was the whole question of reparation. How you do recompense a mother for the death of her son? You can't ever. But we said this is not compensation, this is reparation, it is symbolic of a government that says it understands, it recognizes the loss that you suffered. And this is really just to say that we are sorry. [However] The country was able to move forward. It's a long answer to your question: you have to be sure that you are not going to wake up the lion that is ready to spring. But on the other hand the value of coming clean is beyond monetary value.

RH: It seems what is important is to acknowledge that we did transgress the rights of people. Otherwise it never gets addressed clearly as "this was wrong, we should not do this again". Did that change in South Africa?

ADT: [If you don't] There are two things that happen: one, you say: "Nothing will happen to me" -- that's the objective aspect. Two, the subjective, whether you like it or not or you might not recognize it, it is a wound that is going to go bad. One day it will erupt at a point where there will be no healing that can help you. Whereas if it was a process acknowledged as an atrocity that was legitimized by the authorities, [then] instead of the wound going bad you reopen the wound; it is painful, but you pour balm in it and the chances are a great deal better for that wound to be healed. The families, they don't forget. Communities don't forget. People are not stupid. People who have lost their loved ones, how are they going to forget? They sit there in their weakness and say "There is nothing I can do" but in many ways they could become recruits for subversive activities.

RH: Which brings us to my last question, as an Elder what do you see as the channel to get through to bigots and extremists?

ADT: I think it's important to listen to the deeper thing that they are saying. They don't talk one hundred percent nonsense. There must be a modicum of truth for them to be credible. Like if they come and say "those people are treating you badly" maybe they exaggerate but there must be some truth in it for some people to say "we're joining you". So I think we need to grow in our self-assurance that is not scared of being challenged, that the truth we uphold can stand up to the closest possible scrutiny.

RH: Open, in other words?

ADT: Ya, absolutely. I think we shouldn't want to use the same method as the people we are opposing.