Up to 22 million White House emails may be missing, according to the US Attorney General. The emails, requested as part of a congressional investigation, could not be produced because they were sent on a non-governmental email server.

Here's a video of the Attorney General's announcement.

This appears to be a violation of the Presidential Records Act and the Hatch Act. Should we impeach Hillary Clinton now or later?

The 22 million emails were lost in 2007. Under the Bush Administration.

Was anyone impeached? No.

Was anyone prosecuted? No.

Were the Republicans up in arms? No.

Was Karl Rove on Fox News every night calling for anyone to resign/be impeached/ be fired?

Because Karl Rove, Bush chief-of-staff at the time, deleted them.

When it comes to Hillary Clinton's emails, though, Karl Rove is on the attack. Let's go to the videotape. 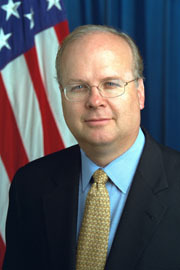 Was the Washington media having an apoplectic fit? No. They shrugged it off as business as usual.

The story of what happened is right here, on Wikipedia.

In short, 8 attorneys general were summarily fired. The Democrats, thinking it was for political reasons, demanded answers. They subpoenaed the emails of the White House, and it turned out Bush White House staffers had a rogue email operation housed on unauthorized servers at the Republican National Committee on which they conducted official business. Instead of turning over the emails, Karl Rove's operatives deleted them.

No muss. no fuss. No impeachments, resignations, firings, or shouts of "you'll never get a job in this town again."

Now that we have that little history lesson, perhaps some of us will reconsider their conclusions about Hillary Clinton.

Remember... while its pejoratively called a "homebrew server" it was at the home of a former president, who gets around the clock secret service protection. The Clinton server was not in the unguarded party room at Phi Sigma Delta.

It was, in fact, more secure than the State Department servers themselves, which are antiquated, hackable, and hacked.

Here are a few reports about the Bush administration's habit of losing documents.

Who cares? It's HILLARY CLINTON!!!!