Bryan Cranston and Aaron Paul arrived in an RV that looked like it was right out of the show's first season. 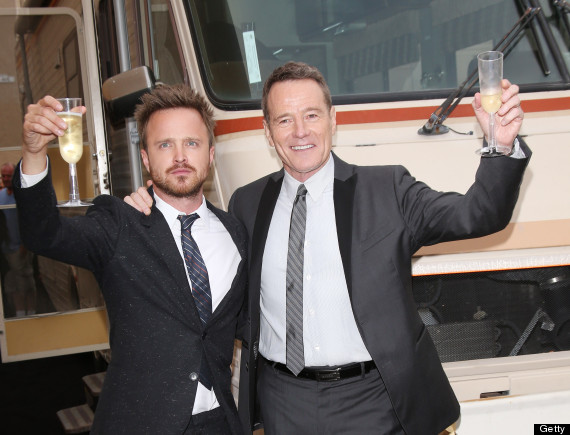 Once the party got started, several varieties of blue meth-inspired rock candy were on the menu, as well as themed cocktails, all served next to an RV riddled with bullet holes that was glowing blue on the inside and spewing off steam.

But the evening's highlight was a "Breaking Bad" cake featuring the likeness of creator Vince Gilligan's severed head on a turtle, a callback to the show's infamous exploding "Tortoise Scene" from Season 2. HuffPost TV West Coast Editor Maggie Furlong was at the party and snapped a picture of the tasty creation to tweet:

This is happening at the #BreakingBad premiere party right now pic.twitter.com/lEoMHBTpAA

Even dearly departed "Breaking Bad" characters from seasons past were in attendance. Check out this picture of Marco & Leonel Salamanca aka "The Cousins" (Luis and Daniel Moncada) and Gale Boetticher (David Costabile). 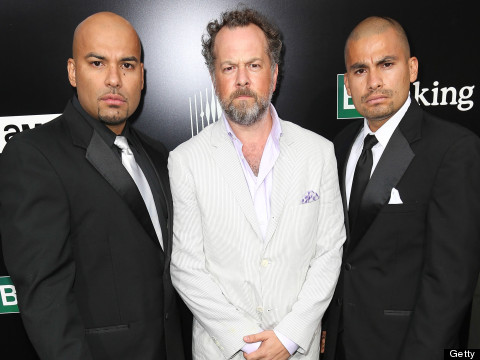 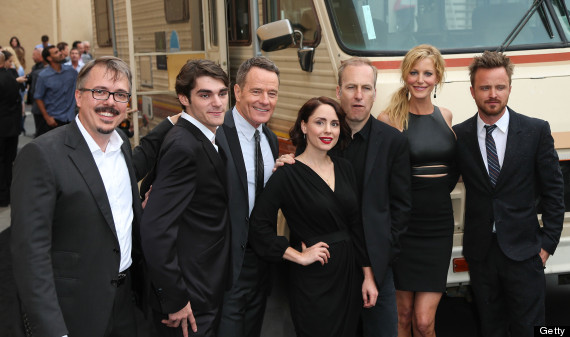 The final episodes of "Breaking Bad" premiere on Sunday, August 11 at 9 p.m. ET on AMC.