Season 5 of "Breaking Bad" is upon us, and Walt is officially the meth king of New Mexico.

Season 4 of the AMC series ended with the death of the high-level drug distributor Gus (Giancarlo Esposito), leaving Walt in a more powerful position than ever.

"No longer under the thumb of a mastermind criminal, Walt now assumes the role of one himself, as he and Jesse (Aaron Paul) look to build their own empire," the official Season 5 logline reads, according to TVLine. "Meanwhile, Skyler (Anna Gunn) struggles with the reality of her husband's new role and Hank (Dean Norris) works to wrap up his investigation of Gus' business."

The final season of "Breaking Bad" will air in two parts, with the first premiering on Sunday, July 15 at 10 p.m. ET on AMC.

Check out the new poster below: 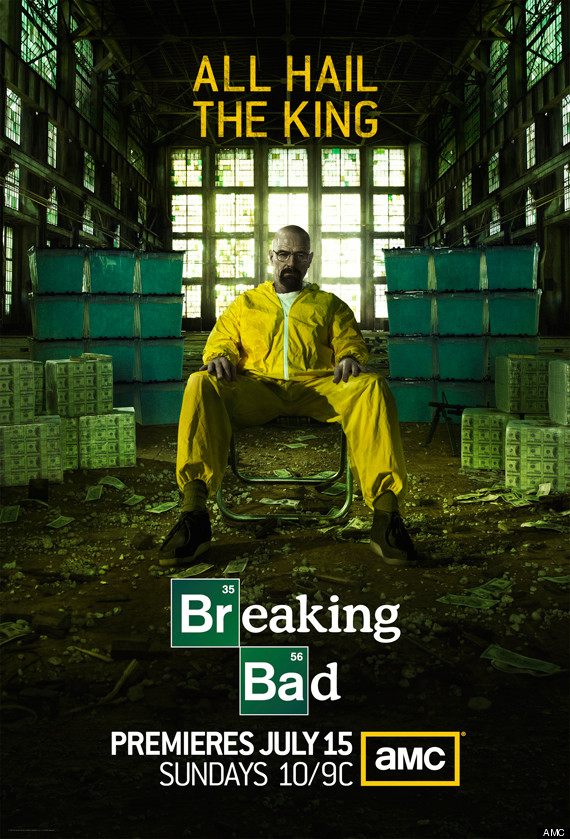