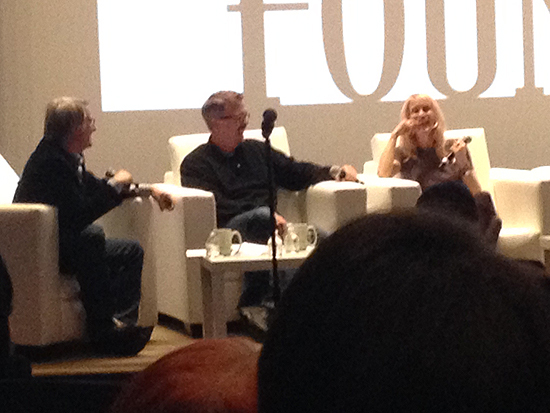 The tweets have ended. The message boards and chat rooms have closed down. The water coolers are less crowded. And now I'm free to step back, examine and comment on the utter marvel of television art that was Breaking Bad.

I should start by saying I have never been a huge fan of television drama. The last one on commercial TV I watched religiously was Mission: Impossible, and even recently, apart from The Sopranos, Game of Thrones, most of Mad Men and a couple seasons of Big Love, I tend to prefer the movies.

Which must be why I've terminally fallen in love with Breaking Bad, for with its superbly crafted character arcs, dazzling cinematography, sublime foreshadowing, brilliant performances, masterly direction and tight, kick-ass scripts, it's basically the best 62-hour movie ever made.

The week after watching the final episode, I leapt right back in and started re-watching the whole series at a calm, measured pace. Currently in the early episodes of Season Four, Jesse Pinkman has just killed lab assistant Gale and is starting his slow spiral into self-hating madness. I know where the plot is going, so there's no anticipatory anxiety. On the other hand, the re-watch has enabled me to study and feel the characters more and leisurely relish the remarkable filmmaking. Dare I say it? It's even better the second time.

What's more, Breaking Bad is the only television series I can think of that gets better with every single season. The explosion of social media isn't the only reason the series was on everyone's lips this past summer; the show was so amazingly constructed that the final eight episodes were like a literary freight train barreling down a steep mountain grade, and we were all incapable of closing our eyes or jumping off.

How in holy Heisenberg hell did they ever accomplish this?

Last Tuesday night, I got a few answers. Show creator Vince Gilligan and his crack team of scriptwriters appeared at the Writer's Guild Theater in Beverly Hills for an evening of discussion to benefit the WGA Foundation. Moderated by Gilligan's friend and ex-Walking Dead show runner Glen Mazzara, the panel onstage included writers Sam Catlin, Peter Gould, Gennifer Hutchinson, George Mastras, Thomas Schnauz and Moira Walley-Beckett. These were the invisible creative soldiers behind Breaking Bad, and it was fascinating to hear them talk about their process.

Because the scripts and overall show were so tightly wound, I had assumed that every detail of the story was mapped out to perfection early on. Not so at all. Gilligan, who earlier wrote and produced The X-Files, was bent on creating a new show that didn't have what he called "enforced stasis." Citing Gunsmoke, with its heroic lead character saving the day and never changing week after week, most television dramas aimed to provide a comforting place for viewers to reside and a protagonist they could rely on. Gilligan wanted Walter White to completely change across the life of the series.

The problem was that they had no idea how long that series would go. They spun out the pilot and six other first season episodes, cramming in as much drama as possible, even thinking of killing off Jesse early on. Then the 2007 writer's strike happened, the show got renewed, and Gilligan's scriptwriting island became a far more relaxing place, or as he put it, "I was saved from my less-than-confident impulses." Season Two was a masterpiece, filled with unforgettable plot twists yet far more deliberate, with the characters allowed to breathe and develop organically. Saul Goodman and Mike both appeared, love and possible happiness for Jesse were obliterated, and Walter gave in to his heartless Heisenberg side.

The writing team's daily method was also cemented. George Mastras explained how they would spend "countless hours" discussing character motivation before creating an inch of plot. "Where's Walt's head at?" "What would Skyler do next?" Allowing the characters and story circumstances to guide them, they built a "detailed brick plot wall" for each season without any leaks. Gilligan, who "absolutely hates rewriting," preferred to have seven or eight people in the room agreeing on everything up front than have a "terrible discovery" made in a later draft.

Walley-Beckett called it a "beautiful collaboration," and it certainly plays that way. The New Mexico landscapes and sparse use of music embellish and enrich the story, and there is not a wasted scene or moment. (Some critics have singled out the Season Three episode "Fly" and its claustrophobic, Harold Pinterish depiction of Walter and Jesse trying to catch a stray insect in their fancy meth lab as an example of narrative ennui, but I disagree with that too. As a deeper exploration of Walter's eroding character, and containing a moment in which he nearly reveals he watched Jesse's girlfriend choke to death, it's a valuable lesson in how to do an episode when budget restrictions force you to use one set.) Using a four-act structure -- rather than network TVs traditional and insane five- or six-act format to squeeze in more ads -- also allowed them to let the drama build naturally.

There were rumors that the writing team found themselves with a machine gun and vial of ricin at the start of Season Five with no clue how they were going to be used. The writers confirmed this Tuesday night, but it's a testament to their unsurpassed skill they were able to fit both weapons into the story seamlessly.

What Gilligan and his entire creative crew ultimately fed off was an all-encompassing mutual respect for each other. Visually, every single person on the set was in sync with the edgy, poetic vision. Writers weren't just encouraged to be on the Albuquerque shoots, some were even allowed to direct.

Gilligan admitted that if he had tried to write the entire series himself, it would have been "much poorer", and that the writer's room sessions generated nearly all of the memorable story moments the series has become known for. Gennifer Hutchinson added that the writers were eventually able to "mine their own history" and drop in assorted "foreshadowing" details, such as Walter's flying pants from the pilot that briefly appear again on the scorched desert ground in the second to last episode. Others, such as Walter turning his baby girl over in her crib so she doesn't "throw up on herself" comes fifteen minutes before he stands and watches Jane Margolis choke on her own vomit, a painful irony I didn't even catch until the second viewing.

Another reason Breaking Bad excelled was because of the great relationship the show had with the executives at Sony Television. "They did not fiddle-fuck with us," Gilligan said succinctly, and while most show runners dread getting script notes from above, some of Sony's were very helpful, including one from an exec that suggested they kill an overbearing, synthesized soundtrack Gilligan had layered into the first season. The result was that the story told itself, without any musical cues. The best script notes, Gilligan said, are the ones "not born out of cowardice."

The crowd in the WGA Theater for the event was on the younger, 20-something side, and included many "binge-watchers," people who had come late to the show and plowed through the thing to catch up to the climax before it aired. Interestingly, there were differences of opinion on the practice. While Walley-Beckett frowned on binge-watching because you "lose the community experience," and the week-long anticipation of what will happen next, Hutchinson said that there was still a community but it was just a different one, where you could call up your friend who had also just watched thirty straight hours of the show and talk about it.

Gilligan understood both arguments, but leaned toward the latter. Famous for staying off the Internet to avoid idiotic, discouraging reviews (Mazzara read a few beauties out loud, including one that compared Breaking Bad to Saving Grace), he recognized the value of social media for promoting the show, and admitted that the Netflix-induced binge-watching phenomenon probably "saved us from being cancelled after two seasons."

In the end, every little ingredient in Breaking Bad's creative and cultural formula fit together perfectly, leaving us with a saga for the ages. As the audience filed out of the WGA Theater and Gilligan and company repaired to the lobby to share wine, beer and waters with the show's fans, it was encouraging to know that yes, popular dramatic art can occasionally be a beautiful -- and magical -- collaboration.

Ex-journalist Jeff Polman co-wrote the Miramax release "Benefit of the Doubt" with Donald Sutherland and Amy Irving and now creates "fictionalized" baseball replay blogs. His first such blog, "1924 and You Are There!" was published by Grassy Gutter Press and is available on Amazon.