A year ago Giselle Alvarez was waiting tables at Soho's Boqueria unsure if a dance career was still in the cards. After a wonderful education at Miami City Ballet, she was hired by a dance company that decided her thighs were too big to be put on stage. She didn't like hearing it, but appreciated the honesty and decided to find different ways of expressing herself in New York City. Despite her efforts however, she couldn't find a way to break in. That's when her older brother stepped in. 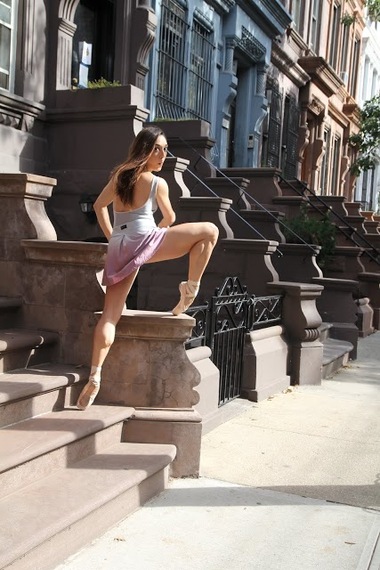 Frankie Alvarez, star of HBO'S LOOKING, sat down with Giselle at a lower east side cafe for a heart to heart. He understood why she was having a hard time but it didn't stop him from asking tough questions. When Giselle assured him that she wanted to make a go of it no matter what, he offered an inspiring perspective. "He told me that if I looked at the big picture it would seem impossible. That I needed to get a daily win. Then he was really good about making sure I was picking my success ever day". Without an agent or any connections, she decided to put his words to practice.

A routine dance class was now a win. A voice lesson, an accomplishment. Sending out a headshot made it a good day. As she waited tables, she carved out time to do a work study at STEPS on Broadway where a friend reminded her "NY doesn't want you-you have to come and tell NY it needs you. 'Cause if you don't have that kind of attitude with NYC forget it -- there are other people that want it more and been here longer. You have to go after what you want." She smiled knowing she was doing just that. One win at a time.

In mid December Giselle noticed there was an open Equity call for Phantom of the Opera. She had auditioned for them before but figured, 'Why not?'. On December 15th, 2014 her audition began with the usual announcement 'We're not hiring, so just have fun.' Denny Berry took the dancers through two combinations from the show and the audition was on its way.

Giselle danced every switch up and survived every cut. She slipped in and out of her point shoes, got through the timing and rhythm numbers with ease and made it to the singing stage of the audition. She'd gotten that far before so she knew what to expect. It didn't matter that they weren't hiring, she approached it as though she were taking a free class.

They asked for a head voice, but being a Miami Cuban, she belted her audition song. The musical director decided to vocalize with her and cut her off at an F sharp. She wouldn't need to go much higher than that. Giselle left the studio knowing that for the first time in 3 years, she made it all the way through the process. It was a huge win. And it was enough. 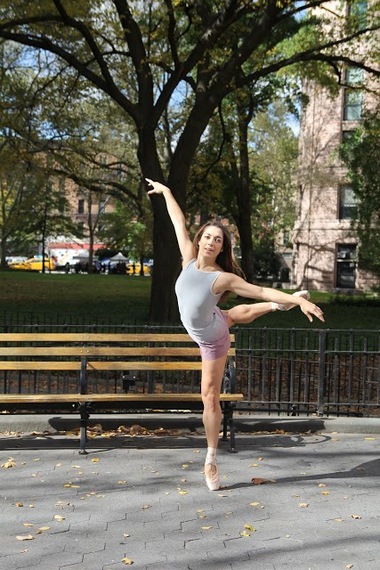 A couple of weeks later she was waiting tables when she got an email from Berry. If Giselle was still interested, they would like to see her for a call back. She replied right away and before she knew it she was walking through the stage doors of the Majestic and warming up in the house.

Once again, she made it all the way to the singing but this time she was so pumped she she screamed her song instead of singing it. Charmed, the musical director reminded her to breathe and she got through it. She thanked everybody and headed out, feeling good about her work without any idea if she had booked the job.

Giselle didn't have much time to think about it though. She auditioned for the Lion King and was busy at Boqueria. She was just starting another STEPS shift when her phone rang with a number she didn't recognize. It was Deni Berry asking her to join the show. It was five years since they had hired somebody new, but Giselle fit the bill. She would start rehearsals February 2 and gets her broadway debut February 6th.

As Manhattan turns into luxury strip mall and reality stars have seemingly taken over the Great White Way, Giselle has turned the classic dream of breaking in armed with nothing but hope and the support of her family and friends into a major win. Not only for herself, but for all those performers that only need to believe and work towards that one fair shot to make their Broadway dreams come true. 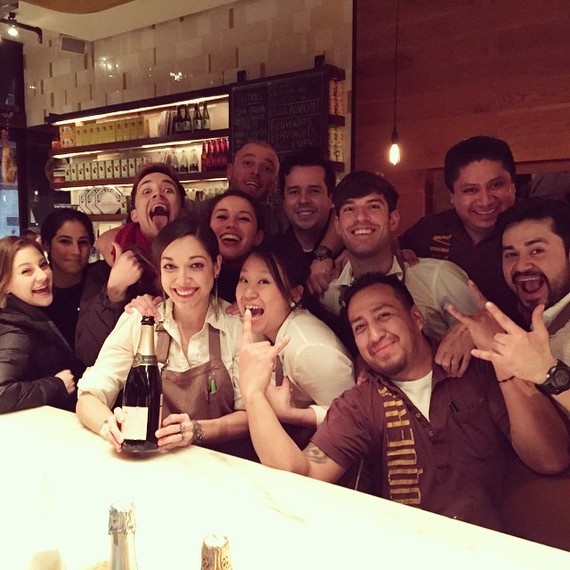