"Breaking Dawn Part 2" doesn't arrive in theaters until November, but that doesn't mean you can't spend a little part of this Thursday in May squealing at your computer.

The final film in the billion dollar franchise arrives in theaters on Nov. 16, 2012, but stars Kristen Stewart, Robert Pattinson and Taylor Lautner might be well beyond their "Twilight" alter egos by the time "Breaking Dawn" gets released.

Stewart made waves at the Cannes Film Festival this week when "On the Road" premiered to rave reviews and some controversy. The film is a major left turn for the starlet, and includes copious amounts of nudity and sexual situations. There is even talk of a K-Stew Oscar campaign planned for the fall.

Pattinson's in Cannes as well with David Cronenberg's sex-and-violence soaked adaptation of "Cosmopolis." He was also hilariously recently rumored for a role in "Catching Fire," the "Hunger Games" sequel.

Lautner, meanwhile, was recently cast in a movie that finds him playing a parkour enthusiast-cum-bike-messenger.

Check out the "Breaking Dawn "Part 2" character posters below. Click Bella's red eyes to launch them out into full screen. 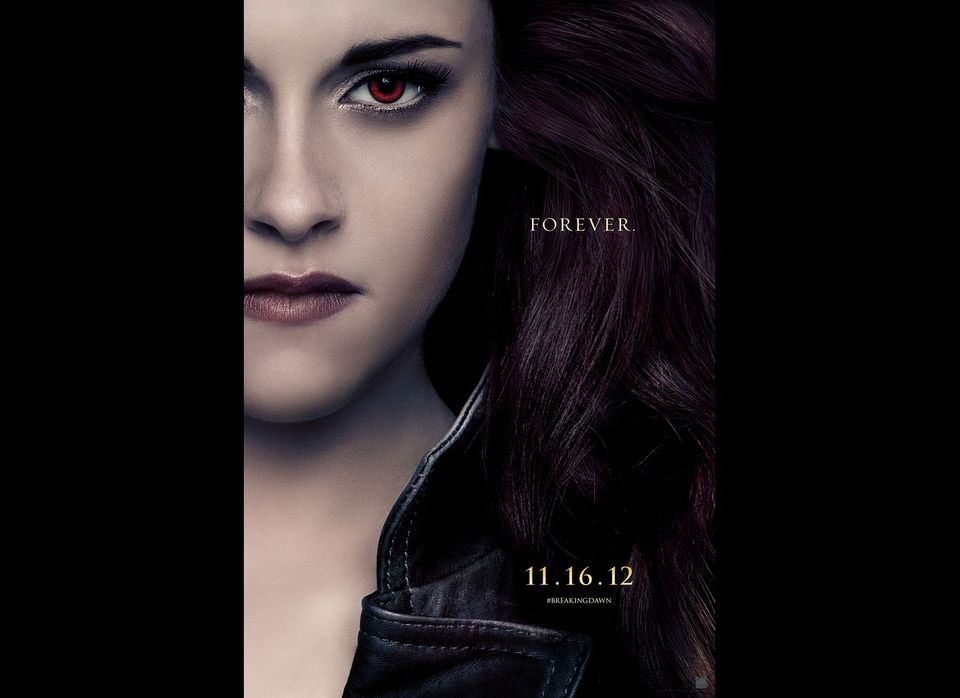