Censorship is an ancient practice dating back at least to ancient Greece as illustrated in the case of Socrates and remains active to this very day. Free speech and censorship are two opposite concepts with the former calling for the ability to speak and communicate freely and the latter preventing that very act -- Al-Saqaf.

It's unusual to write about Ph.D. dissertations, but when the topic deals with digital firewalls and Internet censorship, it's an attention grabber in an era of disclosures on surveillance by countless governments. 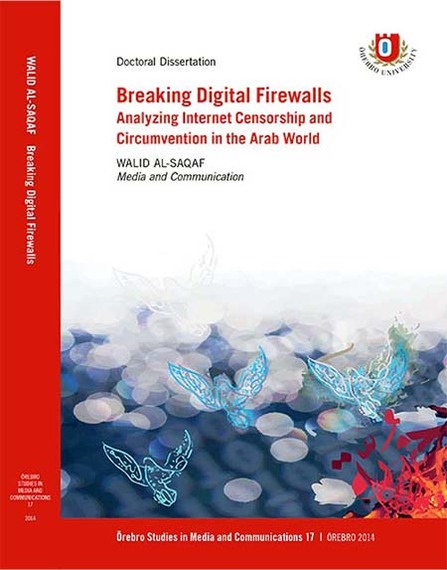 I was particularly interested since the study in question zeroes in on Middle Eastern/North African (MENA) countries noted for cyber repression while transitioning to yet unknown destinations post-revolutions and civil wars.

"Breaking Digital Firewalls: Analyzing Internet Censorship and Circumvention in the Arab World," is a mouthful, but the 405-page dissertation published this year is a treasure trove of background, statistics and explanations on why governments of "Arab Spring" countries did and/or continue to stifle Internet users, and what the suppressed do to bypass the restrictions.

Ironically, the five questions in the research that focus most on the whys and wherefores of Internet censorship in the Arab world and how users can access blocked sites, end with a query on how international and foreign actors can help limit the effects of such controls at a time when there seem to be more controls in traditionally democratic countries.

The book's geek-cum-communicator author Walid Al-Saqaf developed the software "Alkasir" (Arabic for circumventer) to break through blocked websites in his native Yemen, turning that project into an enduring cause and the centerpiece of his doctorate. 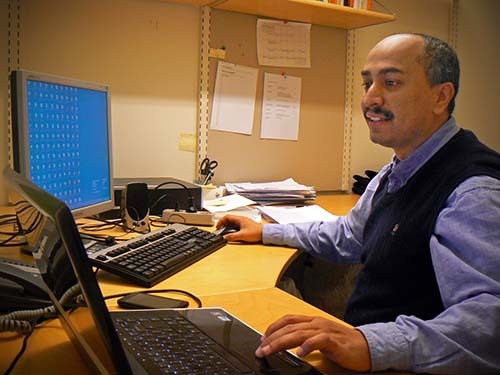 It's a personal matter: Yemeni netizens were barred from accessing his Yemen Portal -- a vehicle to shed light on his country, warts and all.

So he showed them how to cut through the technical limitations.

In the dissertation for his degree from Sweden's Örebro University, Al-Saqaf defined Internet censorship and the mechanisms to implement it.

Surveillance as a factor that deters users from publishing "objectionable" content is in itself a means of censorship that has received greater attention recently and could directly result in increasing the level of self-censorship, as users would no longer feel safe in expressing their views, fearing that they may be constantly watched. 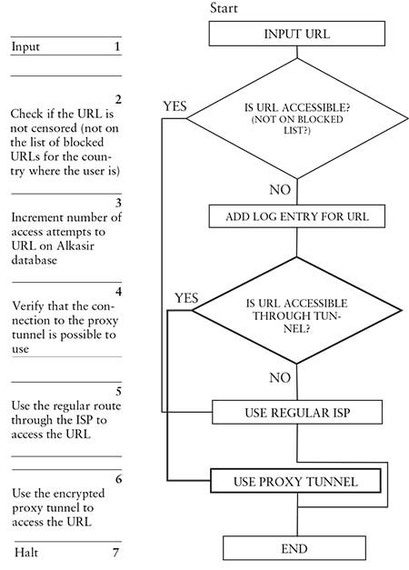 A major finding in Al-Saqaf's research of the Arab world at large, with special focus on Egypt, Syria, Tunisia and Yemen, was that their regimes shared common fears and that while they may not have coordinated what websites to block, they ended up banning similar categories of sites.

Although those governments considered exiled dissidents and human rights activists to be threats, they most feared citizens producing user-generated content, resorting to social media, and anonymous or virtual identities, Al-Saqaf found.

He examined a history of repression in pre-coup Tunisia where Internet censorship was the norm and where the Jasmine Revolution sparked the "Arab Spring."

In Egypt, Al-Saqaf saw the three-decade long state of emergency under deposed president Hosni Mubarak as a challenge to free speech with the Internet becoming an emerging power as the revolution there captivated the global media.

In Yemen, the author said free speech was abridged and democracy obstructed although the larger picture showed the Internet recorded low penetration and its impact was indirect.

As for Syria, Al-Saqaf said repression was the norm in that Baathist regime and that the country remained the most regulated in the MENA region.

Enter "Alkasir," which, Al-Saqaf explained, was created as an alternative to the Firefox plug-in that was used for over a year by viewers in Yemen to access the Yemen Portal.

The dissertation also required arduous hours of surveys to determine how effective Internet censorship was, when online speech could be limited, what made circumvention tools able to skirt the bans, and whether circumvention was insufficient.

A key caveat by Arab survey respondents was that having activists receive funding from foreign sources to confront their respective governments in court over Internet censorship was the least preferred approach.

What helped Al-Saqaf in his six-year task was his background.

He studied computer engineering in Turkey as an undergraduate before pursuing a Master's in global journalism and a Ph.D. in media and communication, both from Örebro.

The research and his position as director of the Master of Global Journalism program at Örebro have required extensive worldwide travel, which Al-Saqaf also uses to promote Alkasir at TEDx talks and other fora. 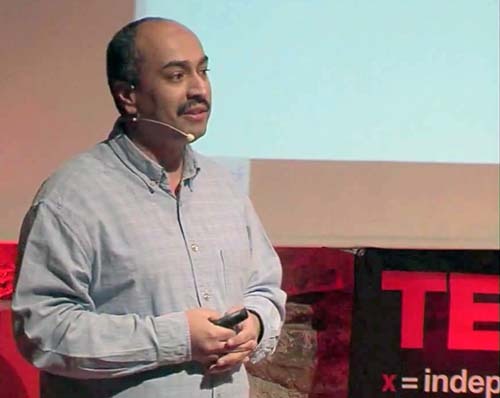 He considers giving conference talks an important function of his efforts as it helps establish networks and projects.

In November 2014 he will participate in the third Arab Internet Governance Forum in Beirut, Lebanon.

A final lesson Al-Saqaf drew from his research:

By witnessing how Internet users openly challenged government repression and sought ways to break free from and defeat Internet censorship, they have clearly demonstrated that humans are willing to fight for freedom in creative ways regardless of time, place, and medium.