At 36 I walked into a police station and reported a crime that happened nearly three decades ago. In doing so, I gave voice to the voiceless child who endured years of sexual abuse by her swim coach. Through a phone sting, he confessed to the crimes, was arrested, and ultimately sentenced to prison. While it was a relief to know the community was protected from this perpetrator, the biggest relief was unburdening myself of the secret I had carried for so long.

One in four women and one in six men will be sexually assaulted during their lifetime. It took me nearly three decades to come to terms with my own abuse. When I finally faced the reality of my childhood, I felt ashamed, defective, and isolated. I knew the statistics. Others endured what I had. Where were they, though? I'd walk through the grocery store and think, "There are seven people here in the checkout area. Who can relate to my experience? I can't be alone in this."

Few disclose their abuse to anyone, and when they do, they present themselves as empowered and strong, avoiding the word "victim." Looking up this definition, though, I am indeed a person harmed, injured -- even destroyed -- as the result of a crime. I am a victim. I am victim who suffers from PTSD as a result of abuse. I am a victim who reported her crime to police and saw her perpetrator handcuffed at his sentencing. I am also a victim who has a name and a face. Underneath my strong façade there has been pain and suffering.

Most victims of sexual assault remain nameless and faceless, bearing their burden alone, unable to face the reality of their abuse. While the perpetrators are the real criminals, victims often feel as if they have done something wrong, burdened by a sense of shame and the horrors of their past. Post-traumatic stress and feelings of shame can lead to suicidal thoughts, eating disorders, feelings of depression and anxiety, and failed relationships, all of which revictimize men and women with abuse histories. The abuse would be bad enough, but living with the fallout -- particularly alone and in silence -- can be even more painful and devastating. Denial and numbness can help manage the pain, but constricted range of emotion and living life with a mask can also be disruptive.

I was not a person when I first reported my crime. I was depersonalized. I was not Danielle Bostick. I was Victim A. I have never introduced myself to anyone as Victim A, and I certainly prefer people call me Dani or Danielle, not Victim. To me "Victim A" said, "There is something wrong with you. We will hide you." While anonymity facilitates reporting of sex crime, I resented it. Why should I hide when I'm not the one who did anything wrong?

There are many reasons the majority of victims keep their abuse history secret. During a sexual assault, victims are left both voiceless and powerless. Victims often carry this sense of impotence with them when it comes to their assaults even if they feel empowered in other areas of their lives. It is not unusual for victims to either not form clear memories of the event, or bury the memories shortly thereafter. Victims can also become detached from the event and view it as if it had happened to someone else. So even those who would be inclined to report their abuse to law enforcement, do not have much to work with. Others remember their trauma, and keep the secret out of shame, fear of judgment, or because confronting their abuse would disrupt their family dynamic. Victims, often taught to lie or cover up the abuse, and might not even trust themselves or their own memories and work to create a life story that does not involve such devastating experiences.

Until recently, I -- like most victims -- participated in a code of silence, burying all memories of my traumatic childhood, feeling a deep sense of shame, and walking through life burdened by a secret I was keeping from everyone -- even myself. While for a long time I didn't have conscious awareness of this secret, it has always had a pervasive and profound impact on my identity and way of functioning. Even when I was keeping the secret from myself, the effects of my sexual abuse were extensive and consuming. I think the best metaphor is gravity. I can deny all day long that there is no gravity, or even be unaware of the concept, but the results of gravity are evident because I am not floating away. Even when I have denied it, trauma has been as real and powerful a force as gravity in my life.

When a house is robbed, there is property missing. After a physical assault, there are generally visible injuries. Sexual assault is a largely invisible crime, and my hope is to disrupt the culture of shame and silence that surrounds it. The default should not be that victims ignore resolving their personal trauma at the expense of their mental health and community's safety. Disclosing the abuse and naming the trauma can put victims on the path to healing instead of the shadowy path of shame and secrecy.

I've had to expand my definition of strength -- stoicism and numbness are not strength. Strength is confronting the scariest parts of our pasts, even if it is messy. Even if it involves tears and anger. Even if it -- at times -- overwhelms us. Strength can be abject brokenness, but it is also self-acceptance and hope for a healthier future.

Many have shared my experience, yet I have met so few. Who is like me? 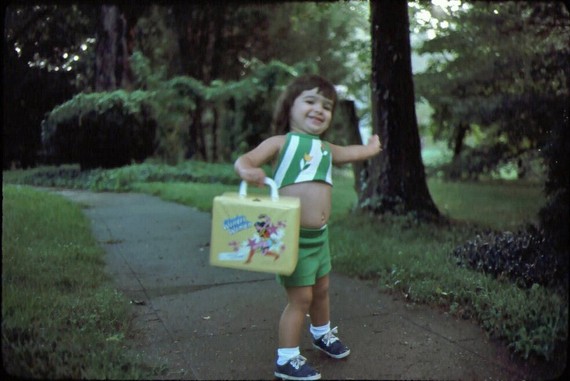