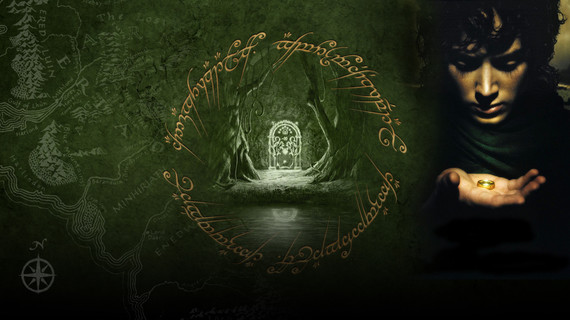 We've come a long way; we humans and the way we interact with narrative. Evolving from the days of stories round a campfire, epic tales of heroes fighting monsters in far away lands, the gods playing tricks with the mortals, the hubris of humanity and legends of beautiful and scary creatures who filled our oceans, our forests, and our skies.

Those ancient tales served as teaching tools for our elders to explain the wonders and horrors of the world around them, to teach children what it takes to become an adult, and to perpetuate their tribe's legacy. The hero's journey served as a tool for the adolescent human to learn his or her role in the community and how to mature through use of metaphors such as quests, gods, monsters and magic. The stories were most commonly circular, the journey away, and the eventual return, echoing the cycles of life. It's not surprising that mythologist Joseph Campbell saw variations of this universal story structure in nearly every culture he studied.

With very little change, we can easily recognize the same hero's journey model in our 21st-century mass media. We haven't evolved the story, and we actually kept it in its circular model. The hero leaves for the quest, the hero learns from the mentor, fights the monsters, dies and resurrects, finds his power, returns with the elixir--wash, rinse, repeat, ad infinitum.

As we move from adolescence to adulthood we all want to go to "the wilderness", escape our ordinary worlds and go on a quest through challenges and wonders, finding our boons and elixirs then returning as heroes and adults to the ordinary world.

So why alter a working formula? Why evolve it?

For one thing, it seems that we are stuck in an endless and simplified stage of the hero's journey, striking all the familiar notes as if with blunt instruments--and ever-improving digital effects-- before we fade into rolling credits. Our mainstream media is full of these narratives. From the plethora of superhero movies, television shows, and comic books, to all other shows, the narrative of the "savior" (also longstanding in our biggest religious narratives) is alive and well. As a result, our "developmental stage" as a civilization remains, our narrative sensibility, is mired in perpetual adolescence.

Mass communication's perpetuation of the simplest forms of the hero's journey narrative--the masculine form--perpetuates the drama triangle: an ever-present tension where characters in our narratives take turns putting on certain masks--whether knowingly or through circumstance--of the Victim, The Persecutor and The Hero/Savior. As an audience we have no choice but to identify with one of those three angles.

The hero-savior archetype usually sacrifices something in order to save us all. And in our deep-seated expectation that a hero will rise to save us, we give our own power away. Someone who will make a difference always arrives in the nick of time, don't they?

In a world where we all need to roll up our sleeves and get to work on so many of the challenges we face--from runaway climate change to poverty and inequality--the paradigm of the hero-savior, endlessly repeated across all of our media, can actually disempower us. We need alternative narratives that show us empowered, diverse people taking on the biggest challenges and coming together to transform a situation, not just "save the day".

Another aspect of the hero's journey described in Joseph Campbell's studies, is its tendency to focus on the male archetype. (I will be discussing this topic at length in my next article, the Gendered Journey.) 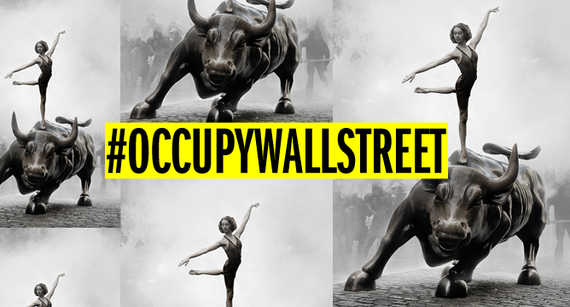 Social media has provided a platform to groups rarely heard in mass-media history. We can look at the social movements of the past few years as an indication for that; from #Occupywallstreet, The Arab spring, #blacklivesmatter, and even #cecilthelion as emergent memes. TV shows, such as Orange is the New Black, portray one of the most diverse female characters ever shown on the small screen. Diversity, inclusivity, and far greater scrutiny born of the ongoing mass digital conversation are building audiences with greater sophistication and greater ability to absorb rich narratives than ever before.

We are looking far beyond the individual hero, who in reality so often fails us, and now we cheer on the collective. Perhaps what we are now looking for is a kind of collective journey--one in which a society grows capable of changing itself for the better by seeking answers en masse through digital communications, operating in concert to raise the potential of individuals, and working together to surmount challenges and improve their world.

The view that the singular person is taking on the monsters / challenges / hurdles is growing archaic. The myths of man against nature, the lonely pioneer, are stories that rapidly falling away from modern sensibilities. There will always be exceptions; stories of people entering into the wilderness as lone wolves, hoping to realize vision quests as in the timeless narratives--but we now know that wolves are seldom lonely, and are rather social and collective creatures.

Yes, we will always need to find ourselves as individuals, and we all will have our dark night of the soul, but perhaps the new narrative will generate different solutions to transformation and transcendence. Narratives where characters with whom we closely identify have yet to be written, where said characters leverage the full power of the devices each of us carries in our pockets, those windows to the collective universe.

Think about how many movies and television shows bend over backwards to take technology away from the characters. That's because responding to the standard, ancient hero's journey with a smartphone tends to wrap things up in a minute or two. So what are the stories, the greater adventures of the collective journey? What creative force is going to write them? How will they unfold across the multiple media around us?

In the series of articles following, we will inquire into the collective journey, an exploration of the gendered journey, and the champion-steward paradigm. Join me as we evolve beyond the monomyth into the metamyth and meta-narrative.

I'd like to thank the brilliant Jeff Gomez and Joe Brewer for supporting and editing this series of articles.
Follow them:
@Jeff_Gomez
@cognitivepolicy