In a stunning development today, the community of global climate scientists announced that the problem of global warming is actually one of global cooling, overturning decades of previously accepted, peer-reviewed science. Apparently, a few weeks ago, a graduate student at the University of California discovered, through the mistaken introduction of an erroneous "minus" sign into all climate data sets back in 1882, that all data suggesting growing concentrations of greenhouse gases, rising temperatures, increasing sea level, disappearing ice, and other changes were actually completely backward.

"We're very embarrassed," said Dr. Melissa Tonnennsen, a climate scientist with NASA, "but we must admit that sign errors do occasionally occur. We normally discover them, but this one slipped by us for over a century. The climate is still changing -- we got that right -- it's just that everything is going in the other direction."

When the error in each data set is corrected, the global average temperature can be seen clearly to be declining (Figure 1), sea level is dropping, not rising, and the amount of ice in the Arctic is really growing rapidly, not decreasing (Figure 2). Even the iconic image of rising carbon dioxide in the atmosphere, measured for half a century at Mauna Loa, Hawaii, turns out to be wrong -- affected by the same error. Figure 3 shows that in fact, atmospheric carbon dioxide is dropping, not rising. "We now realize," said Dr. Tonnennsen, "that burning fossil fuels takes carbon dioxide out of the atmosphere, it doesn't put it in." 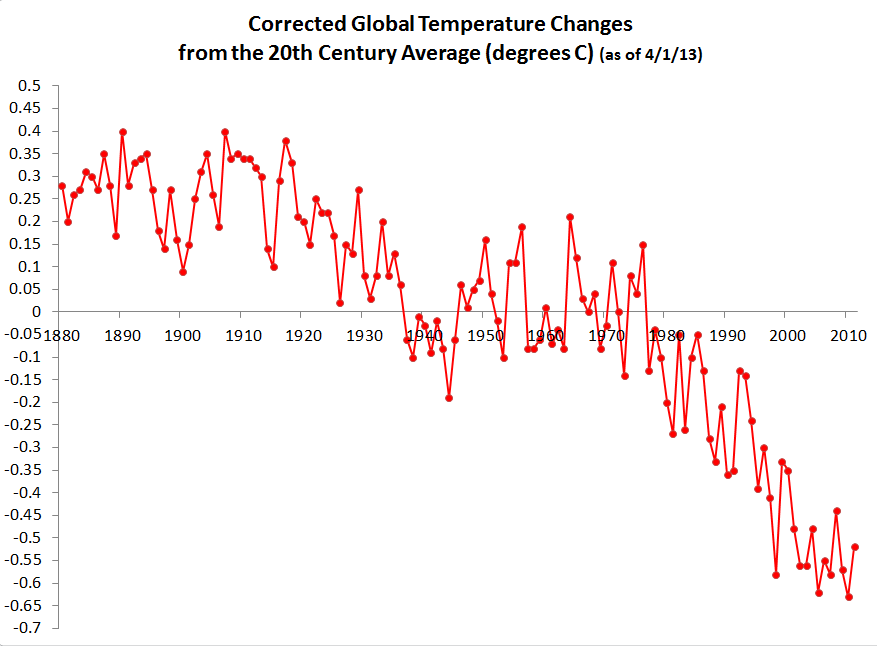 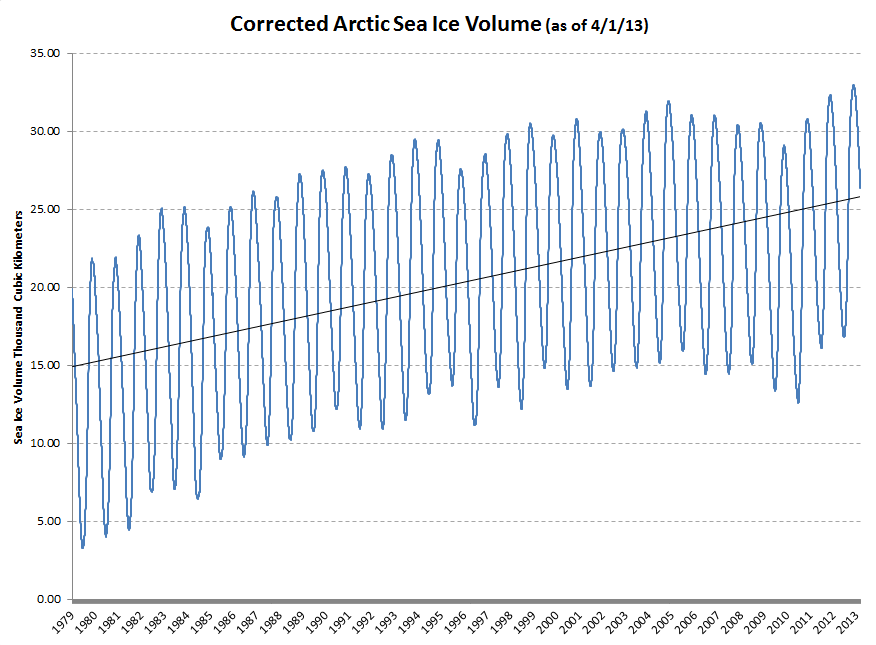 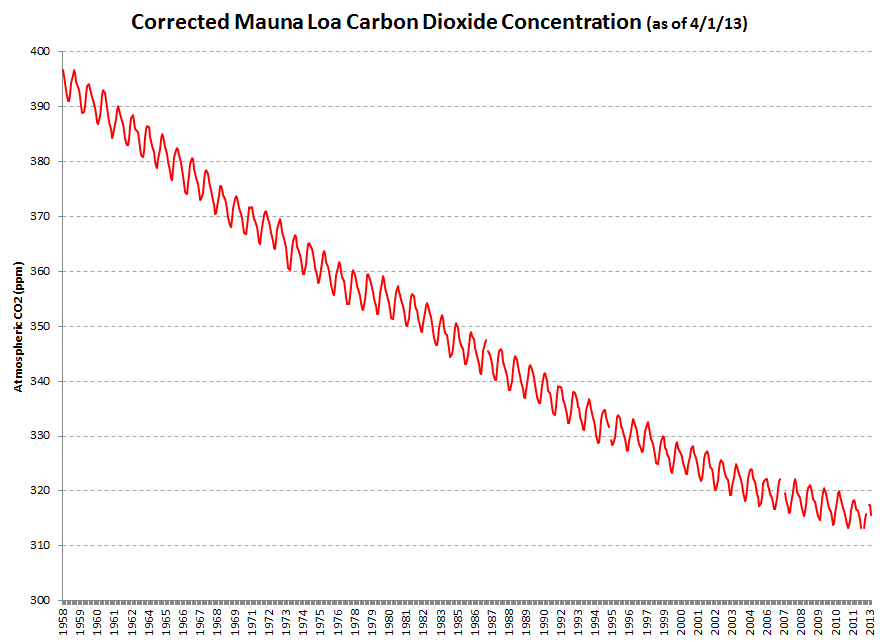 Asked to explain the extensive photos, radar sets, and images taken from satellites that show disappearing Arctic ice, rising sea levels, and increasing storms, Dr. Eli Melloton of the National Ice Observatory acknowledged that all of these satellite data also suffered from the same sign error. "In fact, when we reprocessed the image data after correcting for the error, all of our conclusions reversed." Reporters then asked about the reports of disappearing ice from observers in the Arctic and sea-level rise evidence from coastal communities. "It turns out no one really bothered to go outside and look," Melloton said, "we just assumed the information on our computer screens was right. When our guy in Alaska went to the window, it turns out there's still lots of snow and ice there."

When asked how this simple error could have propagated through every single database of temperature, ice extent, frequency of extreme events, sea level, and all of the other indicators that so definitively showed rising global temperatures, Melloton sheepishly admitted, "Well, we just copy each other's work -- we've done it since graduate school when only one guy in the class knew the answers to the exam questions and the rest of us just copied his paper. Turns out he was wrong too."

Policy makers are struggling to adjust to the new information. If burning fossil fuels removes greenhouse gases from the atmosphere, the planet is still threatened with severe climate change -- just a global cooling and ice age -- and efforts to cut the use of these fuels are still critical.

A spokesman of the Institute for Tobacco, Sugar, Climate, Rifles, and Pistols (ITSCRAP), Max Zimmerly, appeared on Fox News with Senator James Inhofe to blast the science community. "We will continue to fight against these scientists and their socialistic green agenda," Zimmerly said. "I said it was a hoax," added Senator Inhofe, "I did, I did, I did. So nyah, nyah, nyah."

Well-known climate denier, Luigi Erg, also dismissed the new report on his website, climatetrollsareus.com. "What crap," he said. "These scientists are just trying to suckle new grant money from the government and scare us. Anyway, tomorrow, they'll probably change their minds again and say global warming is real."