"I talked about taboos and I broke them with my pen."
-- Pari, writer and Dari translator for Washing the Dust From Our Hearts

If you've wanted to hear directly from Afghan women, unfiltered by journalists and uncensored by male relatives, and do so in English, the best place to go since 2009 has been the Afghan Women's Writing Project (AWWP) online magazine. Twice a week AWWP posts new work that include fresh takes on Afghan current events, as well as personal essays and poems.

Now we are proud to announce that Grayson Books has published our second anthology Washing the Dust from Our Hearts. ($18). Featuring 29 Afghan women writers who wrote in AWWP online workshops, their works are presented both in their original English and in Dari (Afghan Persian) translation.

The women write candidly about their hopes, fears, and obstacles to self-determination. In "My Wild Imagination," M. imagines a world where men and women can live their lives free of a judgment that not only hurts but kills:

My Wild Imagination
By M.

In her introduction to the anthology, writer and Dari translator Pari tells us what writing means to her:

Writing began for me as an escape from my burqa, an escape from my most painful moments. With my pen and notebook, I had a secret place where I gave myself freedoms that were forbidden to me. I expressed my thoughts, a woman whispering on the page, and described the needs I saw in Afghan society.

Pari also tells us about her writing life prior to joining AWWP:

I wrote in Dari, and my only readers were one or two of my close friends who were not interested. Reading my words to them was like reading to the walls. One of them told me to stop writing because women's writing was not worthy and would never be respected. Afghan literature has been dominated by men who have written about Afghan women while they decide our destiny, control us, and guard us from expressing our own thoughts and feelings.

Founded in 2009 by American journalist Masha Hamilton, the Afghan Women's Writing Project strives to give women the basic human right to tell their own stories -- a right that has too often been denied. Through online writing workshops led by international writers, educators, and journalists, AWWP empowers women in seven of Afghanistan's 34 provinces. For more information about the Afghan Women's Writing Project please visit the website. 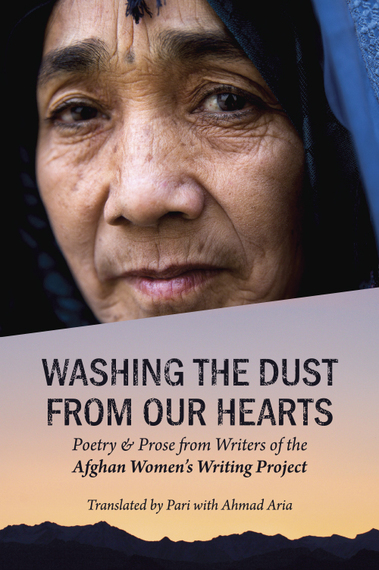