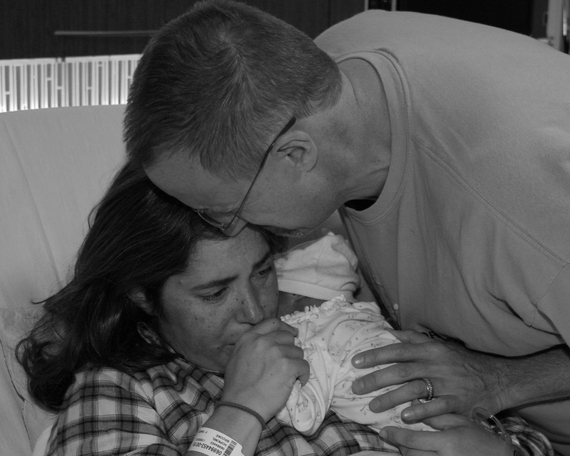 She had a pink nursery all set up for her. She had two sisters eager to play with her. She had a mother and father whose dreams were wrapped up in her. And she had a name never to be heard by her. "Kelly Ryan" Hopkins cries were silenced just moments before she was born, but her family's continues some 18 months later... and, probably, for a lifetime.

Like two million other women across the world each year, Brooke Hopkins suffered a stillborn birth without any indication prior that something was wrong. Brooke was full-term at the time and in the beginning stages of labor when she heard the news that forced her to plan her baby's funeral just as she was being scheduled by the hospital for delivery. It's a mother's worst nightmare and something every woman thinks about sometime during the aftermath of learning she is pregnant -- only to quickly and harshly shake that thought away. But Brooke (a licensed social worker, herself) was living it and her husband, Robert, was forced to live it too upon receiving the unfathomable news from his mother-in-law that the precious bundle that he and Brooke had been preparing for for the past nine months would never cuddle between them in their bed. Robert's shock and grief could barely be contained as he met his wife at her ob/gyn's office, only to escort her to the hospital to the deliver the baby whose grave he now visits once a week with her photo in his hand. 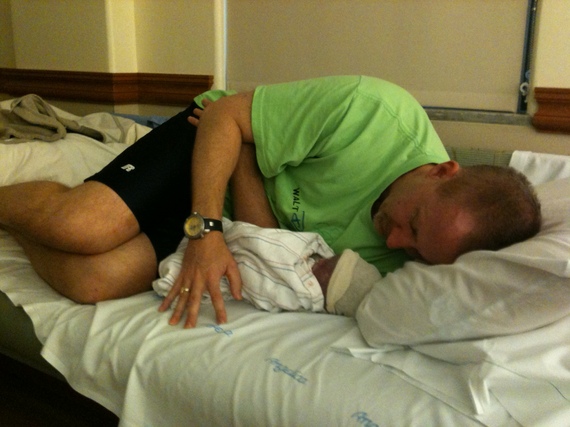 When Alicia Esposito, RN, at Yale-New Haven Hospital admitted Brooke and Robert into "Labor and Delivery" that evening, she never expected how "life altering" their meeting would be for her. Nor had she ever seen a mother so committed to her stillborn child that she would refuse to give birth to her -- despite her convulsing body and the comfort of an epidural -- until she had spent adequate time with her and until Alicia returned to the hospital the next day for a subsequent shift. For Brooke, Alicia became a necessary part of the process of giving birth to Kelly Ryan in the way Brooke truly needed. She would go on to become a necessary part of Brooke's recovery in ways she never imagined as well. With the sounds of cries of healthy babies being born all around her, Brooke delivered in silence. Where other parents were experiencing a new beginning, Brooke and Robert were in the throes of coping with an "ending" that was far from over for any of them.

Alicia and Robert would go on to clean Kelly Ryan, weigh her, take a foot print from her tiny life-less soul, wrap her in a blanket, snip a locket from her hair, and hand her over to Brooke who would spend the next few hours squeezing a life-time of hugs and kisses into just a few moments. She and Robert would then be joined by family and friends whose presents were made of up of consolation and "good byes." Brooke would then ask Alicia to carry Kelly Ryan to the morgue as oppose to the usual tech -- so concerned was she that her child would make it safely to her temporary resting place. Alicia did so both courageously and empathetically. She had never experienced a "full-term" stillbirth before and certainly, the obvious connection these two women immediately shared upon meeting each other made it that much more difficult than any other stillbirth she had known -- most having concluded by 25 weeks gestation.

Brooke and Robert would go on to bury Kelly Ryan in a family plot and begin piecing their lives back together, which included becoming part of a "secret society" made up of similar parents who suffered the silence and stigma of losing a child at birth. =Their marriage now stressed 0 -- with little help from weekly therapy sessions and neighbors, family, and friends naturally resuming their own lives -- Brooke's resolve was weakening. It was then that Alicia, unexpectedly, reached out to her to discuss the Hygeia Foundation -- a group of peers who assembled regularly to help each other cope with the loss of their stillborn children. 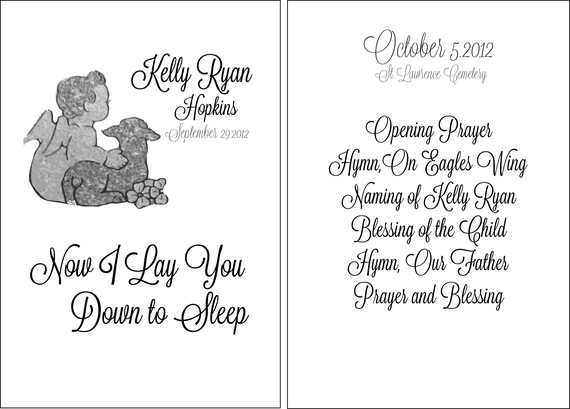 The Hygeia Foundation community offered a place of safety for Brooke to discuss the devastation and loss that no other place or person seemed to offer -- less Alicia. Brooke now sits on the board. She has since launched a sister foundation -- the "Kelly Ryan Foundation" -- which helps raise funds for the Hygeia Foundation whose primary concerns focus on answering the social-emotional needs of parents while educating the medical community in their handling of stillborn births more effectively, and providing advice and minimal funding for lower-income families who cannot afford to bury their stillborn babies privately. Suffice-it-to-say, Alicia Esposito sits squarely next to Brooke at all Kelly Ryan Foundation meetings. She helps to arrange the fundraising events and her exceptional "humanness" has recently granted her the recipient of the "Compassionate Care Award" -- given to medical professionals that go above and beyond the call of duty.

With one in four pregnancies ending in "loss" annually (26,000 of them comprising stillborn births -- a "not-so-distant" second to the number of lives claimed by breast cancer each year), the time has come to eliminate the stigma and silence that plagues this bitter reality and the families that must move on from it. "The loss is horrifying but not being able to talk about the loss is even worse," says Gillian Eversman, Executive Director of the Hygeia Foundation. "It seems that when birth and death so closely touch each other, society would rather bury it than figure out how to support those suffering from the trauma of it." 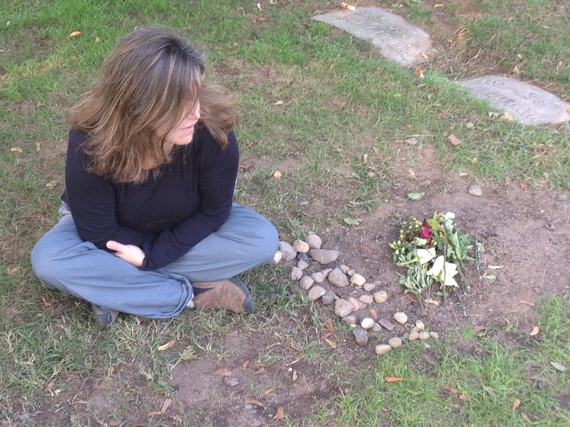 Both the Kelly Foundation and the Hygeia Foundation are working to change that. Together, these foundations are striving to unlock the silence and expand the support and services women like Brooke Hopkins need to figure out how to come to grips with their despair and, eventually -- if not, productively and happily -- move forward with their lives once again. With half of all stillbirths never producing conclusive medical reasons as to their sudden terminations, the fallacy that the births of subsequent children (known as Rainbow babies) will suddenly dissolve the grief and memories of prior losses, and a dearth of knowledge offered to parents regarding what happens to their babies if not claimed from the morgue within a month's time, a greater voice and more information is needed to properly address such a significant societal issue. Many helpful suggestions can already be found on the Hygeia Foundation's website for both the bereaved parents as well as those that might know someone who has endured such a loss. And, believe me when I say, there are more mothers and fathers that have than you think.

For Brooke, it is the "helping of others" that is inspiring her and her own family's healing. "Realizing the pain of so many parents has given me the strength to help in ways I never expected before Kelly. She is Robert and my angel and through her foundation, we are hoping to help comfort those in desperate need of an angel... having lost one of their own as well!"