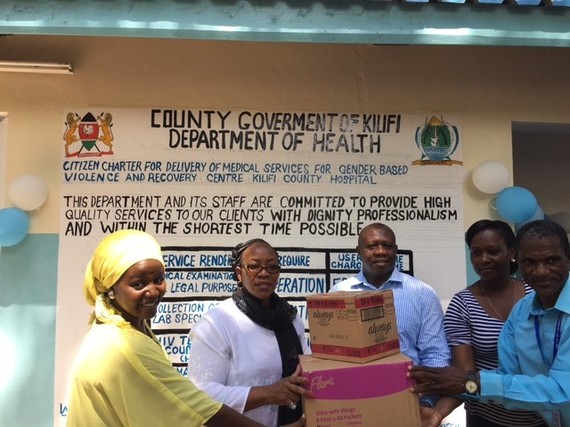 This article has been co-authored with Cabinet Secretary, Mrs Sicily Kariuki.

The Ministry of Public Service, Youth and Gender Affairs in partnership with the United Nations Population Fund (UNFPA) is establishing and strengthening sexual and gender based violence (SGBV) recovery centres in the country.

It must rank as among the most confounding realities that SGBV, though acknowledged globally as one of the most pervasive violations of human rights in the world, is also one of the least prosecuted crimes.

It is a crime that cuts across all races, income-levels and religions and it continues to be largely visited upon one half of humanity.

When four in every ten women in Kenya have suffered one form of violence or another from a close partner, it must be clear that the silence on violence against women and children must end now. It is the time to stop seeing SGBV as an issue for gender activists, but as a prerequisite for sustainable development.

Evidence abounds about the tremendous wide-ranging effects of violence against women and children. These are effects that remain not only with individual women and children directly violated, but they can pass from one generation to another.

Violence against women and girls is an extreme manifestation of gender inequality and systemic gender-based discrimination. The right of women and children to live free of violence depends on the protection of their human rights and a strong chain of justice.

The patriarchal system in many parts of the world combined with absence of rights at the household level have made women and girls vulnerable to sexual, physical, emotional, spiritual, and intellectual violence.

These dated attitudes manifest themselves though practices such as child marriage, female genital mutilation, wife inheritance and disinheritance of women and girls. They are pervasive attitudes that have propagated the false paradigm that women are mere chattels, fated to rank second to men and boys.

Kenya has enacted various laws related to on violence against women. These include the Sexual Offences Act (2007), the FGM Act (2011) and the National Policy towards Prevention and Response to SGBV (2014). Considerable programmes have been established for facilitating enforcement of those laws.

As much as punishment of crimes is crucial, other programmes must be put in place, especially towards victim support.

Survivors of sexual violence such as rape must for instance have rapid access to a health clinic that can administer emergency medical care, including treatment to prevent HIV and unintended pregnancies and counseling. A woman who is beaten by her husband must have someplace to go with her children to enjoy safety, sanity and shelter.

Victims of violence must have confidence that when they file reports with the police report, she will receive non-accusatory justice and the perpetrator will be punished.

Despite initial challenges, considerable momentum has gathered towards putting the above in place, not only be large agencies and government, but also by grassroots players. It is extremely heartening for instance to hear of groups of women such as Komeni group, who are taking leadership towards the elimination of child marriage in Pokot. Through their merry-go-round club, they have put up a shelter for girls escaping from forced early marriage and are collaborating with the local administration to arrest and prosecute offenders.

The clarion call is for more hands to be put on deck. The Ministry is keen to work with such community initiatives and to provide national leadership in coordination of the SGBV programme. This includes the comprehensive 5P approach; Prevention, Protection, Prosecution, Programming and Partnership, that will facilitate the achievement of Gender Equality (SDG 5).

Some of the key issues highlighted in the 5P are awareness creation in communities on SGBV, hotlines for survivors to report, and the establishment of SGBV Centers for survivors and survivors' protection through prosecution of perpetrators.

The launch of these centres will help to link the community, hospitals and the different sectors that offer SGBV response services such as legal, psychosocial and security.

Going forward, the longer term view must obtain if the country is to begin to defang the structural drivers of gender violence. The status of women's health, their participation in the economy and their education levels must be priority in the development agenda. Where gender gaps in these areas prevail, women will always be subjected to violence.

The entire gamut of development actors must now come together to ensure that every home is safe and free of every form of violence.

This is the only way to ensure truly sustainable peace and progress in which everyone of us has a stake.

Let's speak out loudly and call for an end to the scourge of sexual and gender based violence. Sicily K. Kariuki, (Mrs),(@sicilykariuki) CBS is the Cabinet Secretary , Ministry OF Public Service, Youth and Gender Affairs in the Government of Kenya. Siddharth Chatterjee is the UNFPA Representative to Kenya.