(N'Djaména, Chad) - Sitting cross-legged on a mat in her modest home in the capital of Chad, as a fan whirled noisily to stave off the 105 degree heat, Khadidja Hassan Zidane described what it was like finally to testify in court against the man who raped her 30 years ago.

The rapist, Hissène Habré, was Chad's dictator from 1982 until 1990. On May 30, Habré was convicted of atrocity crimes - including raping Khadidja, who was 26 when it happened - by a special court across the continent in Dakar, Senegal, where he has lived since he was overthrown. It was the first time in a human rights trial that a head of state had ever been convicted of personally committing a sex crime. Habré was also convicted for sending Khadidja and other women to a military base in the desert north of Chad as sexual slaves for his army, as well as for overseeing widespread torture and war crimes.

I've known Khadidja for 16 years, as I worked to build the case against Habré, and I had known most of her story: how she had been suspected of helping Habré's Libyan enemies, tortured, imprisoned in Habré's presidential palace, and sent to the north. But she always said that if she ever came face-to-face with Habré, she would have something else to tell. 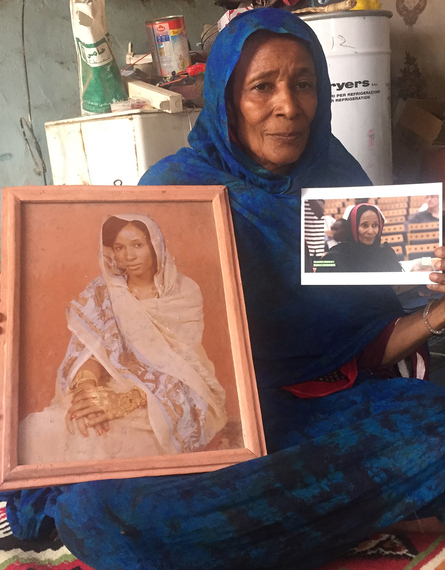 Khadidja Hassan Zidane holds a picture of herself before her arrest and another while she was testifying at the trial in Senegal of Hissène Habré. N'Djaména, Chad. © 2016 Reed Brody for Human Rights Watch.

I was in court in Dakar last October when Khadidja told the court that "the president himself raped me four times." The presiding judge at first looked puzzled at this accusation, which seemed to come out of the blue- which president? "Hissène Habré," she said in Arabic, "there wasn't any other president."

Was Khadidja scared to tell her story with the former tyrant sitting only 15 feet away? "No, I felt strong inside. When I was finished, I felt that a great weight had been taken off me." Habré remained silent throughout his trial, his head rapped in a turban, his eyes hidden behind sunglasses.

The week after the landmark verdict, several of the women who had been forced into sexual slavery, and others who had been raped in Habre's clandestine prisons, spoke to me with pride about breaking their long silence to testify in court. Although Habré's conviction set off celebrations here among the victims and their supporters, the women seemed much happier about the simple fact that they had told their story in front of Habré.

Kaltouma Defallah, a former stewardess, was sent with Khadidja and others on the four-day convoy through the desert to the northern outpost of Oudi Doum where they spent a year doing the soldiers' bidding. When I talked with her after the verdict, she told me almost exactly what she had told the judges - "When I saw Habré there, I no longer felt any hatred. Now I was the strong one, telling my story, and this man, who was the all-powerful dictator, who tried to make 'things' out of us, did nothing but listen." 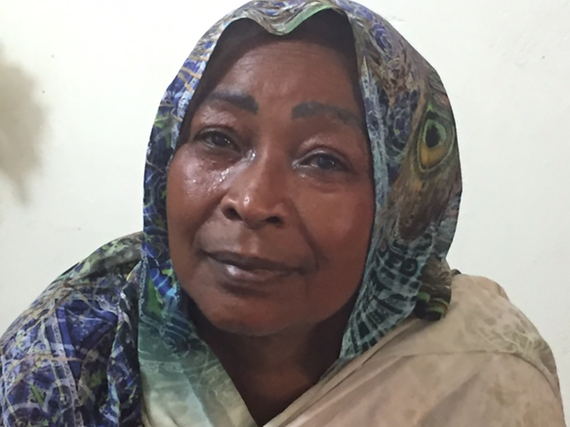 The women's testimony was the most dramatic of the trial, and the verdict is already being hailed as a breakthrough for sex crimes prosecutions. The irony, though, was that sexual violence almost wasn't part of the case at all. In our early interviews with women prison survivors, they never mentioned rape, a taboo in traditional Chadian society. Our study on Habré's rule hardly refers to rape, and the charge was not included in the indictment. It was only as our campaign picked up steam and Habré's trial appeared likely, that the survivors began, hesitantly, to give their full stories to their Chadian lawyer and trusted advisor, Jacqueline Moudeina, who coaxed them through their concern about coming forward.

"This isn't something women talk about," Moudeina told me. "It was very important that we get this out in court." At trial, Moudeina and her colleagues moved to have the charges amended to include sex crimes, and the judges agreed after hearing the women.

Khadidja and Kaltouma don't see themselves as heroes, just as women who had for decades carried stories within them that they needed to tell. But thanks to them, an international court has made it clear that no leader, however powerful, is above the law, and no woman is below it.

Reed Brody of Human Rights Watch has worked with Hissène Habré's victims since 1999.