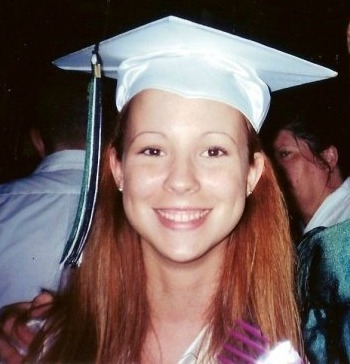 I didn't try drugs until I was 18 years old. Prior to that time, I was an honor roll student and active in high school activities and sports. Ironically, I was vehemently against drugs of any kind and almost broke up with my boyfriend when I found out he was smoking pot. There was a lot of crying, confusion, and judgement. Then I tried it.

The first time I smoked pot, nothing happened. The second time I smoked pot, my anxiety went away. The third time I smoked pot, I started asking what else there was for me to use. We didn't break up. I had stumbled upon an instant connection to marijuana, and that connection opened up the world. Soon I was drinking every night and supplementing my alcohol and marijuana use with ecstasy, cocaine, hallucinogenic mushrooms, or whatever you had to change the way I felt.

I was very good at deceiving those around me, and very few happened to pick up on discrepancies in my behavior. The fact that I graduated college in three years helped to dispel any concerns that people may have had. I now had a degree in psychology but didn't want to be a psychologist. I went back to school to take the science classes I needed to apply to pharmacy school, my new goal.

I had worked in a pharmacy since high school and decided that that was what I wanted to do with my life. I spent two years on prerequisites, putting drugs on the (semi) back burner. I was accepted on my first try and moved out on my own to pursue my dream.

Alone and without any accountability, my addiction progressed rapidly. I began stealing drugs from the pharmacy and manipulating the computer system. By this point I had worked my way up to assistant manager and had a stellar work record, so there was no reason to suspect me of anything. When cameras were installed, I maneuvered around them like a ninja.

I was using alcohol and prescription drugs daily and knew I had a problem. I just thought that if there was a way for me to use successfully forever then I would be fine. Then came the phone call.

The state had done a random inspection of our inventory while I was out of town and the discrepancy in drug amounts was outrageous. Upon further investigation, it seemed that I was the only one working during a majority of these shortages, and the sheriff's office had some questions for me.

My world came crashing down. Not knowing that the police could lie to you, I cooperated and gave a bottle back after being told that I would only be charged with that and "they would find whoever took the rest." I was soon served with papers that charged me with the entire theft which, while accurate, I couldn't accept.

All of this I kept hidden from my family. For months. I was unable to handle the stress of school and the legal system, and now I had lost access to the free drugs that I used to take those feelings away. I no longer had an income, so I couldn't afford to buy them. I did the only thing I could think of, and that was to drive to Baltimore and ask random people on the street where to buy heroin.

It didn't last long, my heroin phase. I blew through all the money I had and took all the cash advances I could on my credit cards to be able to stick a needle in my arm for three months. I still hadn't let anyone into my world, which meant that I didn't even use with anyone else. I taught myself how to shoot heroin using the Internet and my pharmacy school background. Sometimes I couldn't wait the 90-minute drive back home and pulled into a dark Baltimore alley to shoot up. I am amazed that I didn't die alone in the car or my apartment.

My life was absolutely out of control, and I was struggling with everything I had to paint it up, stick it together, and put a bow on my full blown heroin addiction. No matter how hard I tried, I couldn't stop and it wasn't until I hit bottom that I was able to ask for help.

My clean date is May 20, 2010. I drove to rehab with the last money I had to my name in the gas tank. I broke down and cried like I hadn't been able to cry in months. I told my family what was happening. I told whatever friends I still managed to have. I told pharmacy school and was dismissed soon thereafter. Three years and a future career down the drain.

I was clean for 100 days when I went to my sentencing. I arrogantly assumed that my lack of a criminal record and the small amount of clean time I had accumulated would exonerate me and I would leave with a slap on the wrist. I was wrong. I was sentenced to 12 months in jail, five years probation, more than $3,000 in restitution, and 100 hours of community service. I was taken from the courtroom in handcuffs and thought about my dog that I had kissed goodbye that morning, assuming I would be home to take her for a walk.

I served nine out of those 12 months in jail and continued my recovery when I got out. Since my release in 2011, I have had two successful jobs, paid back over $20,000 in credit card debt, bought my own car, and gotten married. I am currently working on getting my personal training certification so that I can work in a field that I am passionate about. I speak at forums on drug abuse and started a blog that I use to help others.

I may not be what an addict "looks" like, but my story certainly indicates otherwise. For anyone struggling with addiction, I offer you what so many stories of addicts offered me in early recovery: hope.

owner & editor of Erin's Inside Job