Building frequent “breaks” into your diet could help you lose more weight and keep it off for longer than attempting to cut calories, uninterrupted, for months on end, according to new weight-loss research from the University of Tasmania in Australia. If the findings can be replicated, the weight-loss method could be a promising and more sustainable technique for people who struggle to commit to a new way of eating.

“Cheat” days, or more relaxed dieting rules on weekends, are a common, if controversial, recommendation for people trying to lose weight. The argument is mainly psychological: Cheat days help people feel less restricted, and planned indulgences give them mental stamina to follow through with a healthy eating regimen on the days they need to follow their diet.

But lead researcher Nuala Byrne argues there may be a biological, as well as a psychological, reason resting periods help people lose more weight. Namely, they help fight against “adaptive thermogenesis” ― when the body responds to caloric restriction as if it were starving. During adaptive thermogenesis, metabolism slows in the body’s attempt to hold onto every calorie it receives. As illustrated dramatically in the “Biggest Loser” study from 2016, losing weight appears to make one’s resting caloric needs plunge even lower than would be expected for their new weight and body composition, sometimes for years after a person has lost the fat. The process makes it increasingly difficult to lose or maintain weight as time goes on, and frighteningly easy to gain it all back.

Byrne and her colleagues theorized that if dieters could take a few weeks to rebalance caloric needs after a little bit of weight loss, they could reduce the effect of adaptive thermogenesis on their bodies. They decided the periods of dieting and rebalancing would last for two weeks each, based on a classic semi-starvation study that found metabolism plunges for about two weeks after initial calorie restriction before adjusting to a new body weight and composition.

To test the theory, Byrne recruited 51 obese, sedentary men and divided them into two groups. Researchers provided food that ensured the control group ate only two-thirds of the calories needed to sustain their body weight, continuing to adjust food amounts as the men lost weight over the course of 16 weeks.

Researchers did the same for the intervention group, but in increments of two weeks. So, for the calorie-restriction weeks, they, too, ate only two-thirds of the calories they needed to sustain their body weight. But during the “rest” weeks, they ate the full amount of calories needed to sustain their new, lower weights. The intervention group members continued these intervals for a total of 30 weeks, so that they, too, got a total of 16 “diet” weeks to match the control group.

“We certainly think that part of the solution, or part of the reason this diet is working, is because of the rest periods,” Byrne said in a video about her research. “And we’re interested to understand the biology a bit further to maybe refine the approach and get greater results into the future.”

While intermittent dieting may seem appealing to those who can’t abide by an “all-or-nothing” approach to calorie restriction, it’s important to note how difficult it would be to replicate Byrne’s methodology. All the food for the participants was prepared in a commercial kitchen with the help of a dietitian, and delivered to participants’ homes every week. The food was also tailored, over the course of the study, to correspond to participants’ new weights and metabolisms — a near-impossible task for those trying to lose weight on their own with only a kitchen scale and some standard meal plans in their arsenal. The researchers also directly measured participants’ metabolisms in a lab, as opposed to relying on an algorithm to calculate a less-accurate number.

Still, the approach presents a promising path for people who want to lose weight, said Aaron Roseberry, assistant biology professor in the Center for Obesity Reversal at Georgia State University. He wasn’t part of Byrne’s research group, but pointed out several other things to keep in mind about this initial study. Only 36 men completed the study to its end, which means the results need to be replicated in larger groups before any medical recommendations can be made. But perhaps most importantly, said Roseberry, the two-week “breaks” participants experienced did not mean they returned to the way they ate before the study began. Instead, their diets were regulated to match their new caloric needs, based on their new, and lower weight.

“This helped eliminate any chance of ‘overeating’ in the off weeks,” Roseberry said. “I think that’s an important facet of this study.”

Roseberry also pointed out that both groups did regain some weight back, on average. It’s just that the intermittent dieting group didn’t gain all their lost weight back after six months.

“Overall, I think this is a very interesting and potentially exciting study, but it is important to keep those caveats in mind: Their caloric intake was regulated in the ‘off’ period, and it was a fairly small number of subjects,” Roseberry concluded. “But the fact that the alternating group did maintain some weight loss and the lower reduction in their energy expenditure at the later follow-up period (after they were back on their own and not on the controlled diet), suggests that this approach could have some promise.”

While biology, not psychology, was the focus of Byrne’s study, there could also be a psychological component to the results, said Michelle vanDellen, an expert on motivation and self-regulation at the University of Georgia department of psychology.

Because members of the intervention group were able to more successfully keep their weight off after they stopped getting custom meals delivered to their door, vanDellen speculated that the longer length of their study time (30 weeks versus 16 weeks) helped participants get into a better rhythm of watching what they ate.

“The more habitual a behavior change becomes, the easier it is to maintain,” vanDellen said.

She also pointed out that the knowledge that a “break” week was on the horizon may have also helped the intermittent dieters somewhat. But because their food intake was intensely supervised, it’s unclear how strong their motivation was.

The study was published in the International Journal of Obesity. 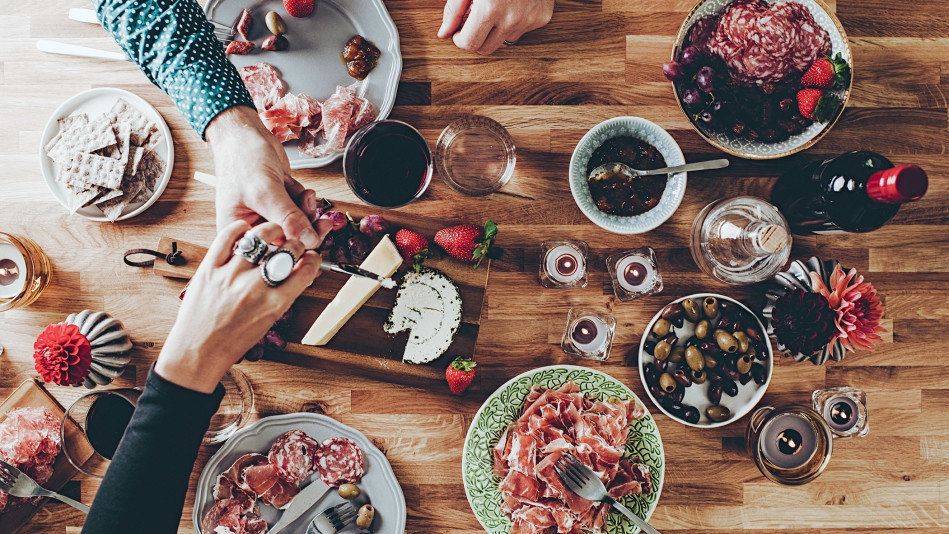