Breaking up is hard to do.

Maybe that explains why some people resort to doing the deed via letter. It gets the job done and allows the dumper to conveniently sidestep all the awkwardness that comes with doing it face-to-face.

The people who sent the breakup notes below seem to understand that -- and we highly doubt their significant others wanted anything to do with them after reading these little missives.

Scroll down to read them yourself. If you start to weep for humanity, cheer up: it could have been a lot worse -- they could have broken up via text message. 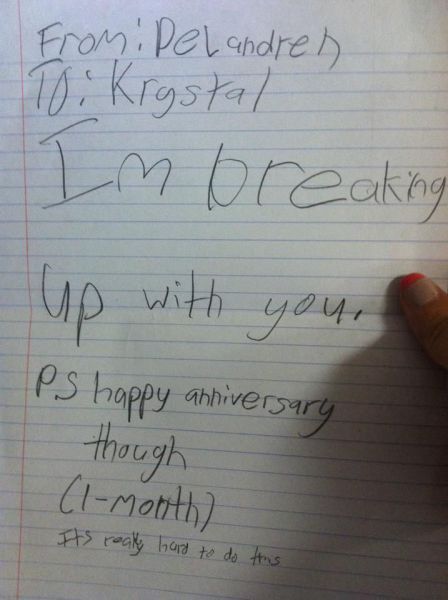 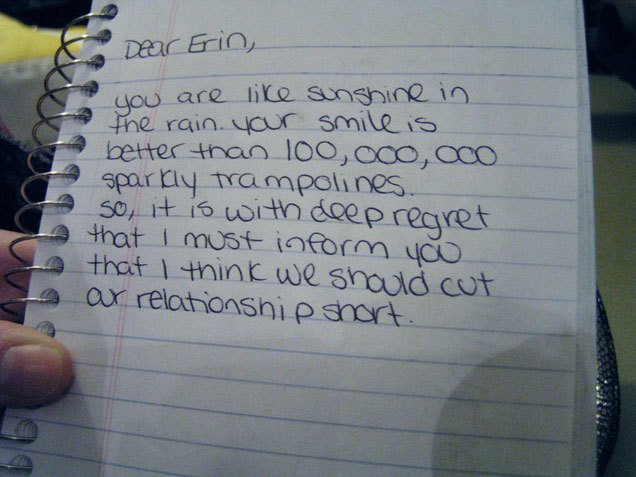