During the month of October, the United States takes on a pink tinge -- from magazines to college sororities to the NFL, it's clear that there is little need to worry about breast cancer awareness. Thanks to the efforts of multiple organizations, public knowledge of the disease, which affects 1 in 8 American women, is at a high. Though still devastating in its effect, focused efforts on prevention, screening and treatment of breast cancer have seen a decline in its incidence in the U.S., and greater hope for those diagnosed.

The same cannot be said about the disease worldwide, a topic which receives significantly less attention. While breast cancer is most prevalent in developed countries (the USA, the UK, Europe, Scandinavia and Australia), it also has a severe impact in other regions of the world. In particular, an increase is being seen in newly industrialized countries, a fact often attributed to the changes that accompany development, including a decline in deaths from infectious diseases and the adoption of 'Western' lifestyles and habits. This has raised concerns that while lifestyle changes surge ahead of economic ones, low to middle income countries will see a rise in the incidence of cancer without a concurrent ability to afford or implement treatment.

Where does it occur and how often?

Regions of South America, the Middle East, Eastern Europe, the Caribbean, Micronesia and Polynesia are also significantly impacted by breast cancer, with rates up to 70 per 100,000 being affected (compared to the highest rate of around 96 per 100,000 in Western Europe). 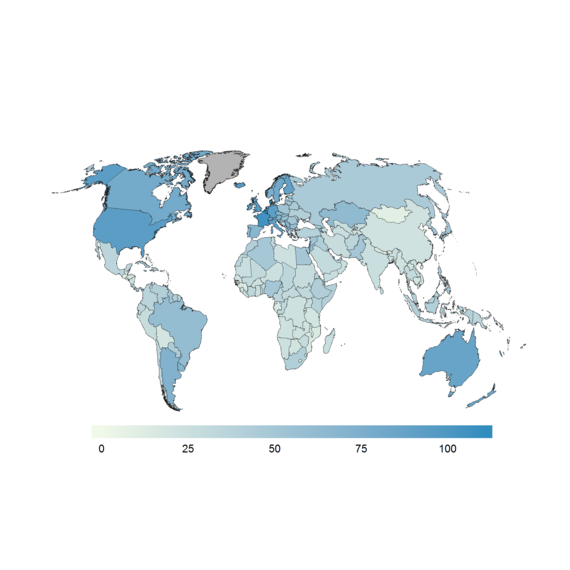 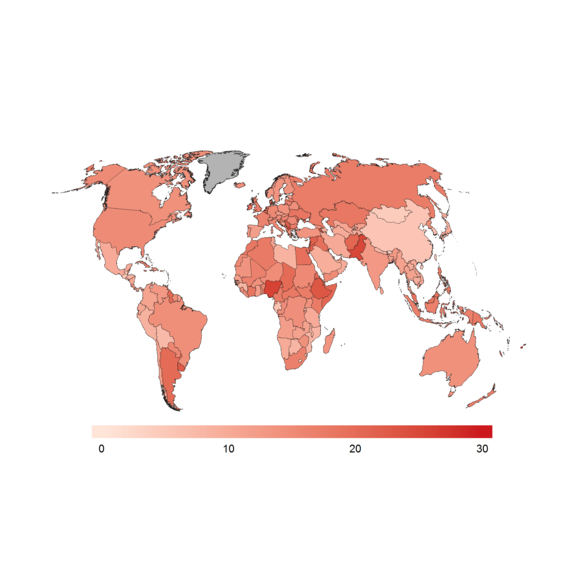 The differences in impact

Countries with lower income rates struggle with the expense of treating breast cancer, which can be a costly disease. Dr. Jean Walters, an oncologist who has been working in the Caribbean for more than 30 years, described the impact of breast cancer as "financial as well as emotional," stating, "Financial resources are always impacted, even for people who have insurance. Sometimes insurance doesn't cover everything that's needed."

"For those who don't have insurance at all, treatment costs can wipe out the family for years. Money saved for sending kids going to school goes, money saved for buying a house - all of it goes towards treatment. So even in cases where the individual is saved from breast cancer, the family is impacted for years to come," said Dr. Walters.

Dr. Walters highlighted the example in the Caribbean, where public health has focused on raising awareness of diabetes and hypertension, two diseases which affect a greater number of people.

But she added, "Those diseases hit older people, so the impact on a family can be less. Not saying it necessarily is, but it can be. Breast cancer affects a younger age range, and therefore can have a greater effect when it strikes, for example, mothers or the breadwinners of the family."

As mentioned by the Lancet, diagnosis in low to middle income countries tends to be in later stages of the disease, due to the high cost of early screening, which has an effect on the prognosis for those diagnosed. Though incidence rates are higher in developed countries, so are survival rates, as newer technology and earlier diagnosis contributes to more effective treatment for those afflicted.

How can women worldwide better protect themselves against cancer?

The risk factors both at home and abroad for breast cancer remain consistent. Experts agree that modeling interventions after those in the developed world, while adjusting for economic differences, will be key in the management of breast cancer in lower income countries in the future.

Breast Cancer Awareness month has taken hold in the United States, but is a global affliction. A greater focus on this growing, and important problem in other regions of the world has the potential to prevent millions of deaths and ensure a greater quality of life for many currently suffering.

This post is part of a series produced by The Huffington Post in conjunction with Breast Cancer Awareness Month this October. To read all posts in the series, visit here.

Jamaican-born journalist, Girls' Globe blogger, candidate for a Master of Science in Journalism at Northwestern University