In 2012, Holley Kitchen was diagnosed with breast cancer. After being treated with a double mastectomy, chemo, radiation and hormone therapy, she thought her cancer battle was over. But in November of 2013, she was told her breast cancer returned and had spread to her spine and bones.

Kitchen now has stage 4 metastatic breast cancer, an aggressive form that spreads outside the breast. In hopes of informing people about breast cancer and everything she and other women living with breast cancer are going through, Kitchen put together a three-minute video in which she silently presents written facts while Rachel Platten's "Fight Song" plays in the background. Since she posted it to Facebook, Kitchen's video has gotten over 43 million views.

Kitchen, who lives in Cedar Park, Texas with her husband and two sons, isn't just working to fight her own cancer -- she's working to educate people and empower others. Within one day of posting the video, the friend requests on her personal page were maxed out, so she created the Facebook page Holley Kitchen: And The Cancer Lifers for other women living with metastatic cancer. 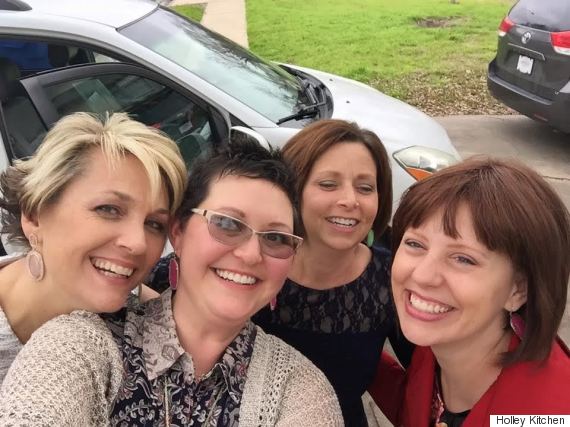 Kitchen with a few of her "Lifers."

"I've been so blessed since my diagnosis to have a local support group of other young, strong, thriving metastatic cancer lifers to get me through the highs and lows of being a stage 4 cancer patient," she told The Huffington Post. "These ladies are moms, wives, employees, volunteers, as well as all living with metastatic cancer. We met through the Breast Cancer Resource Centers of Texas.

"The response to my video has opened my eyes to the sad fact that other Lifers are not as lucky as I have been, to have a support system nearby. I hope that the Cancer Lifer page can help to fill that real need in our world. I am finding myself really motivated to help them build a supportive community. My goal is to continue to educate others on the 'real deal' of metastatic cancer and break through the cancer myths and misinformation that are so prevalent in our culture." 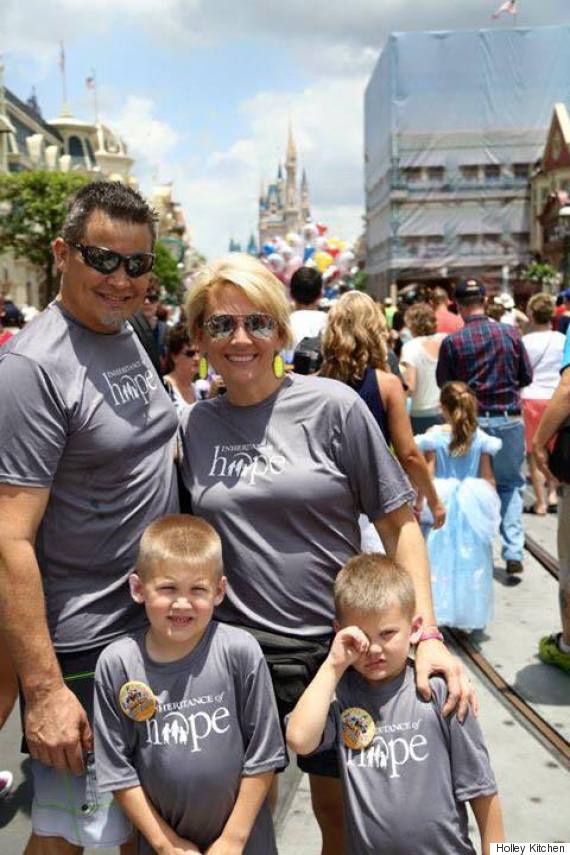 Kitchen with her husband and two sons.