The benefits of breast milk over formula are well-documented and emphatically supported by the office of the Surgeon General. But how far is too far to go for breast milk? A new website is testing the limits. Onlythebreast.com, recently featured on ABC's Good Morning America, now lets new mothers sell their own breast milk by the ounce to buyers across the country. Prices range from $300 to $2000 for a month's supply, depending on the recency of childbirth, the advertised health of the mother, and, ominously, the willingness of the mother to sell to men for "alternative uses." Health experts warn that claims of maternal health are unverified. Any milk purchased on the site carries the risk of infection or tainting by illicit substances. But the only state-verified alternative is milk banks, which are significantly more expensive and sell mostly to hospitals, for use in the treatment of premature infants.

New mothers have tried to sell extra milk for some time on Craiglist. But Craigslist pulls such posts whenever they're noticed; bodily fluids sit between "Nonprescription drugs that make false or misleading treatment claims" and "Household pets of any kind" on the site's list of prohibited items of sale, in accordance with some state statutes.

Below, some choice ads from onlythebreast.com: 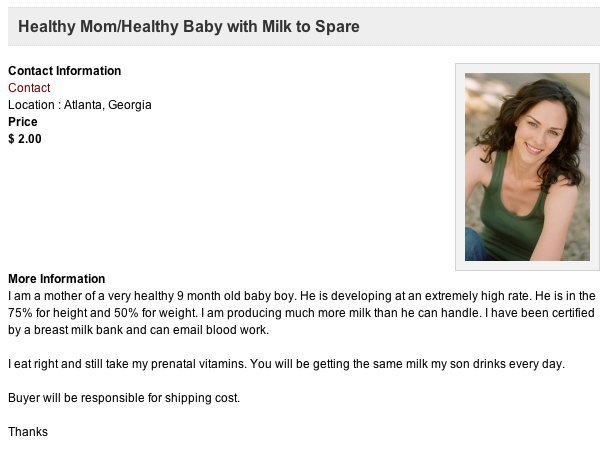 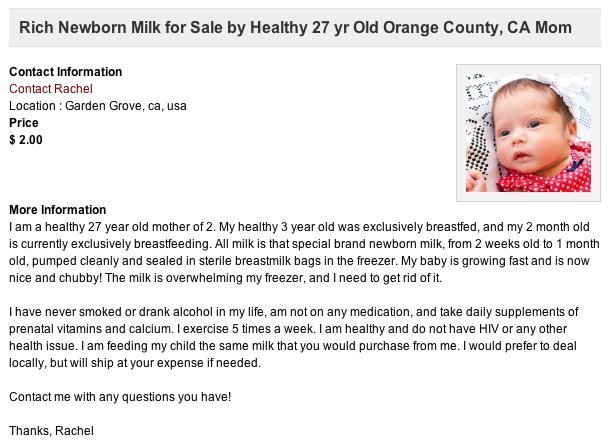 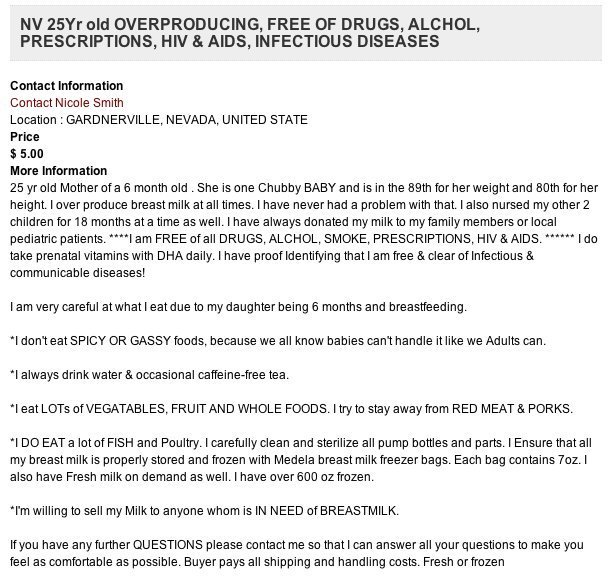 And a rogue Craigslist ad... The Mendocino board must not be as well-patrolled as the ones in New York or Dallas: 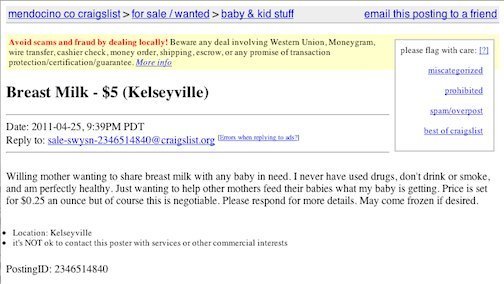 UPDATE: A helpful reader wrote in to say that there is another alternative for babies in need of breast milk. At least two sites, Eats on Feet and Human Milk 4 Human Babies help facilitate local breast milk-sharing groups, in which women give and receive excess breast milk without receiving monetary compensation. Thanks for the tip!