I always knew I wanted to breastfeed, I just didn't realize how difficult it would be to wean off. Everyone describes breastfeeding as the most beautiful natural bond with your baby. YES, when you have a newborn nursing, it's adorable and precious -- but when you have a 2-year-old biting on your nipple the entire night, all you want to do is SCREAM! 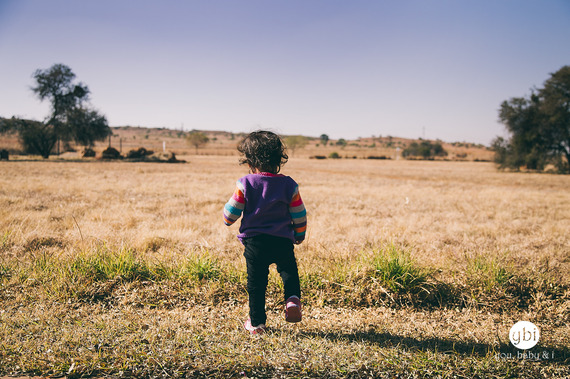 Don't get me wrong, I really enjoyed breastfeeding Kitana, especially when she was a newborn. It was amazing, I loved every second of it but now... I can't handle it anymore! I feel like I went on for too long even though it is recommended to breastfeed until two years. No one tells you how difficult it is to wean a toddler of the breast; my cousin is still breastfeeding her 4-year-old daughter. Yes, you saw right. At two, Kitana has become even more addicted to the breast which makes it difficult for her to let go. When I tell people I'm still breastfeeding, I get the raised eyebrow look.

To be honest, a lot of this is my fault. As a stay-at-home mom, I became lazy, especially for night feeds. Instead of expressing, I just gave her the breast direct. It was so easy and simple. Kitana never really took to formula, she always used to throw up, so we decided to stick to breastfeeding exclusively.

Right now, I think I wake up at least five times a night because she wants to open my top and suck on the nipple (my nipple is her dummy). We are co-sleeping; I hardly sleep and I know she's not having the best sleep either. Routine is so important, I tried to stick to mine but when everyone else gives you advice, it just ends up confusing you when you a first-time mom. I breastfed on demand and still do. I used to laugh at moms who breastfed every two hours or so (depending on your baby's age). I always thought they were starving the baby, but that's not true -- they were setting a routine which would help in a later stage.

I'm tired physically and emotionally. It's become overwhelming for me. I know its my fault but I'm not sure how to fix it. Where do I start? Should I sleep train again? Can I even go through that again? Kitana is such a happy chappy, every time I look into those big black eyes, I melt. I give in.

Her pediatrician prescribed a tablet for me to take for three days to stop breastfeeding completely but that means I need to leave her and go. Honestly I can't find it in me to do that. I wish I could, I really do... but I can't. I even tried a very bitter powder but that didn't even work with her.

My cons about breastfeeding a toddler:

1. I have stretched tops and bras.

2. A clingy toddler who wants to nurse all day.

3. I get limited sleep or no sleep.

4. She's a fussy eater and snacks on breast milk most of the time.

5. She opens my top in public for a quick sip.

6. She falls asleep with the nipple between her teeth (eeeek, that hurts!)

Moms, I'm not trying to scare you or put you off on breastfeeding, all I'm saying is learn from my mistakes. Keep a schedule and stick with it, don't let others tell you how to raise your child. You know your baby better than anyone else.

To those moms who have the patience to do this, I admire you! Well done, I wish I could be more like you.