Stacie Turner thinks it's time to take breastfeeding back to basics.

The photographer and mother of 7-year-old twins is using art to tune out the buzz over how we feed our youngest children. Her response is a captivating photo series called "Breastfeeding in Real Life.” 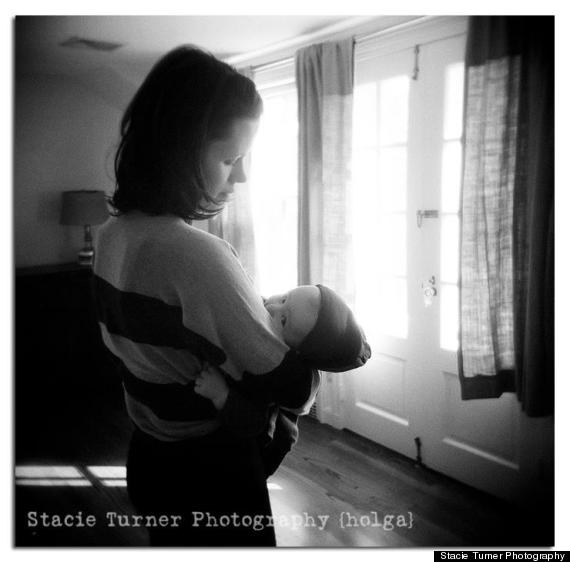 Turner started taking pictures of nursing moms around five years ago. Her shots were posed and “idealized,” she told HuffPost Parents over e-mail. But she wasn't interested in the improbable scenes of women on mountaintops in flowy clothing with happy and cooperative babies one sometimes sees: she wanted to represent real moms’ experiences. Gradually, she started to take her camera out into the world, where babies actually eat. “Most women I know are breastfeeding one child while sitting on a bench in the park or the mall and trying to fish crackers out of a diaper bag for another kid all while wearing an old t-shirt with a spit up stain on it,” Turner said.

Like other artists who celebrate the strengths of mothers' bodies, Turner transforms the everyday into something empowering. She is certainly a breastfeeding advocate -- in a recent interview with BabyCenter, Turner called the series "part of a conscious attempt to normalize breastfeeding" -- and she nursed her babies until the age of 3. But she realizes that she was privileged to be able to do so. "I had healthy babies, a body that made milk with no problem -- heck, I built supply on a PUMP and not that many people can do that," she said. "AND I didn't have to go back into a job where I was pumping on break."

So, rather than making anyone feel bad about her own choices, which Turner thinks will only hold women back from breastfeeding, her series is an effort to eliminate social and cultural barriers for all moms. 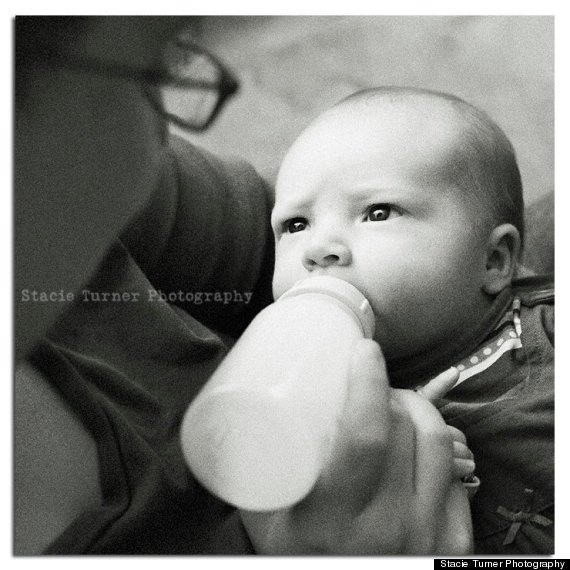 Many of the subjects in “Breastfeeding in Real Life” are Turner’s clients who come in for a general portrait session. She offers the option to do breastfeeding portraits to any mother who comes in with a nursing child, and said that most accept. To round out the series, she also schedules specific shoots. For example, she made sure to get images of friends pumping.

Her favorite photo is one that is self-titled by its subject: "Half Naked and Covered in Children." Turner explained, “My dear friend Heidi [was] sitting on the ground in the park with one kid pulled off the nipple looking around, a second flailing in full tantrum mode on her lap and a third looking on. I think it's so representative of the chaos of being out with multiple small children and trying to keep everyone reasonably contained.” 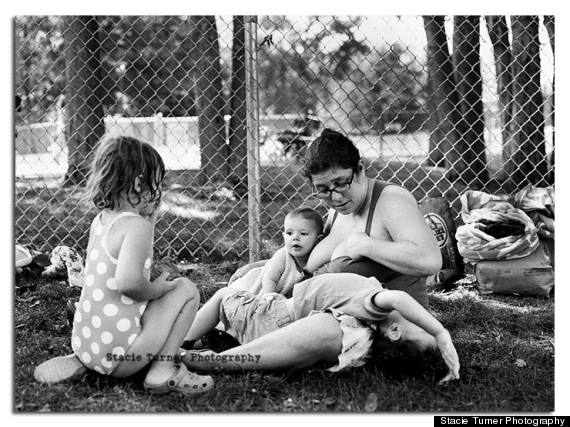 This is breastfeeding, in real life…