Breastfeeding advocates had a win earlier this year when the Centers for Disease Control and Prevention (CDC) reported that breastfeeding rates are on the rise.

But while the report also highlighted an increase in breastfeeding among African-American moms, the U.S. Department of Health and Human Services (HHS) says more work needs to be done.

According to the CDC, 55 percent of African-American women, breastfeed -- up from just 35 percent in the 1970s -- with rates of those who continue breastfeeding at six months increasing by more than 13 percent. As marked as those improvements are, however, breastfeeding among African-American women remains lower than the rates of other ethnicities in the U.S., particularly among those living in the south, HHS notes.

U.S. Surgeon General, Regina Benjamin, agrees. "By raising awareness, the success rate among mothers who want to breastfeed can be greatly improved through active support from their families, their friends and the community," she said in a release detailing what HHS is doing now to lead the charge, including a multimedia public education campaign launched this week, called "It's Only Natural," designed to offer African-American moms in particular, breastfeeding knowledge, help and support.

In a three-minute video created for the campaign, breastfeeding educator Jamilah Ellis and others point to some myths they say perpetuate the breastfeeding gap between black women and other groups. Among them: Misconceptions about how fathers can get involved and America's over sexualization of breasts.

"One thing that I heard a lot from a lot of moms in the community is that their partner did not want them to breastfeed because they wanted the breast back, and it kind of has to do with the over sexualization of the breast in the American culture," Ellis says.

Check out the "It's Only Natural" campaign's myth-busting video, above, for more thoughts on breastfeeding that experts say simply aren't true. 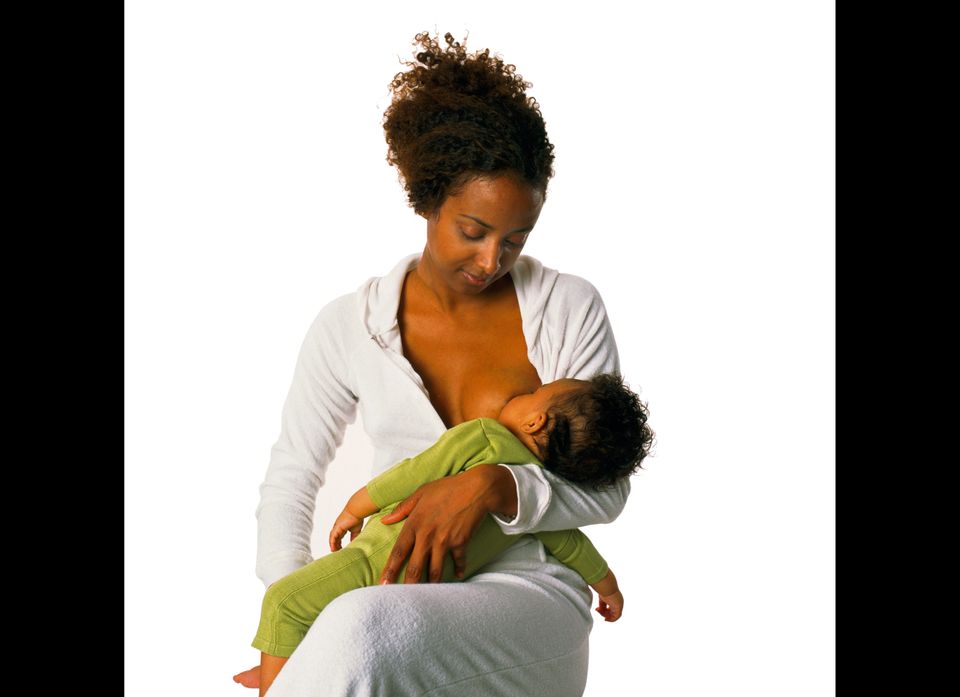 1 / 9
Upgrade Your Pump
<br>One of the most important first steps to successful breastfeeding is establishing a strong milk supply since nursing follows the laws of supply and demand: The amount of breast milk you produce is directly related to how much your baby nurses. If your baby is having trouble latching on or eating, then she may not drain your breasts and your body will get the message to produce less milk. Pumping can help you keep your supply up if nursing isn't going well -- just pump after your baby nurses. (This will also help you stockpile extra breast milk that someone else can give to your baby in a bottle.) <br>But a hand pump isn't going to get the job done if you need to boost your supply. You'll want a double electric pump (or even a more powerful hospital-grade one that you can rent from your hospital or from <a href="http://www.medelabreastfeedingus.com/" target="_hplink">Medela</a>) so that pumping will be fast and efficient. And even if your baby is a champion nurser, being able to pump quickly can give you the freedom to have someone else feed your baby so you can get a break -- which often helps many moms keep on nursing. <br>Get answers to your <a href="http://www.ivillage.com/how-breastfeed-and-solve-breastfeeding-problems/6-b-443072" target="_hplink">16 top breastfeeding problems</a>.
Alamy