I was terrified as I felt hard lumps in my right breast. The skin on my breast had red splotches and felt unusually warm to the touch. I could barely lift my arm or lie down without feeling excruciating pain. In addition to feeling sore, I also began to battle fatigue, fever, and nausea. I didn't know what was happening to me, but I knew it had to be related to nursing my baby. And, as much as I pumped and nursed, my breast continued to turn red and swell into a brick.

In January 2010, I had been breastfeeding my daughter for 4 months and I felt like I was finally becoming a pro at juggling a part-time job and full-time motherhood. Even though I was a working mom, I was determined to breastfeed my first child until her first birthday. And, for a while, it seemed like I would meet my goal. Outside of occasional breast engorgement, everything was going fine with breastfeeding until I suddenly developed a breast infection.

My part-time work hours had started to increase and, although I was thrilled about the extra money, I was suffering because I didn't have time to pump more than once during my work shift. As a fast food employee, I could barely find a place to pump, much less afford to take unpaid breaks to pump milk for my baby. So, I would suffer through my afternoon with huge breasts until I got home. But, my failure to maintain frequent pumping and avoid clogged milk ducts led to a condition called lactation mastitis, a breast infection that affects breastfeeding moms and can lead to serious health complications.

Of course, I am not the only woman who has been affected by mastitis. Approximately 10 percent of women have battled mastitis and it can become a reoccurring problem. Serious complications can be avoided if the mother recognizes the signs and acts swiftly to clear the infection. Frequent nursing, pumping, rest, and lots of liquids can stop the infection in its tracks (Mastitis While Breastfeeding - Home Treatment). In my case, I exhibited most of the common symptoms: flu-like symptoms, red/painful areas on the breast, and hard lumps due to plugged milk ducts. Unfortunately, I was a breastfeeding newbie and, after suffering for two days, I fell extremely ill and ended up at an urgent care center. I was prescribed an antibiotic to aid my road to recovery.

However, after I recovered, I was faced with a few new challenges. First, I needed to make a difficult decision about my job. I knew that my pumping situation needed to change, but my job as a fast food worker would not allow for the flexibility to pump frequently. Fortunately, I was able to leave my job and eventually find a full-time position where I had the time and space to pump. Second, I needed to find a way to deal with everyone who thought I should give up on breastfeeding after dealing with an infection. My solution was simple: I told them about my goal to breastfeed for a year and I was going to stick with that goal. Although I respected other women's choice to use formula for their children, I wanted my child to only receive breast milk. And, since my daughter was thriving and I was saving money, I refused to let other people's opinions budge me.

Since August is National Breastfeeding Month, I wanted to share my story about lactation mastitis so other women can recognize the signs and avoid a trip to the hospital. But, I also want women to not be discouraged. Even if they encounter lactation mastitis, it is okay to keep breastfeeding if they want to. Most importantly, my story reflects the struggle that thousands of other women face: a workplace that's not breastfeeding-friendly. Many moms are not able to easily find other employment and they have to suffer through several work hours without pumping. Moms shouldn't have to deal with lactation mastitis because they are working to care for their child. Hopefully, as more women tell their stories, more workplaces will provide support for nursing moms. 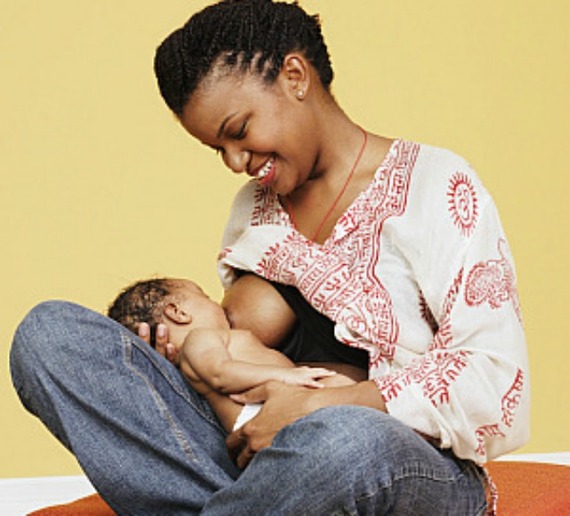 More:
Parentslactationbreastfeeding at worknational breastfeeding monthBreastfeeding
Newsletter Sign Up
Raise the kind of person you'd like to know
Subscribe to our parenting newsletter.
Successfully Subscribed!
Realness delivered to your inbox