The film Breastmilk is premiering nationally, and as a holistic OB/GYN, I was particularly excited to see it. I appeared in executive producers Ricki Lake and Abby Epstein's earlier collaboration, The Business of Being Born (2008), a critique and commentary on childbirth in America that paved the way for a resurgence of interest in midwifery and home birth, and I assumed that Breastmilk, by filmmaker Dana Ben-Ari, would follow along the same lines. This is not the case. 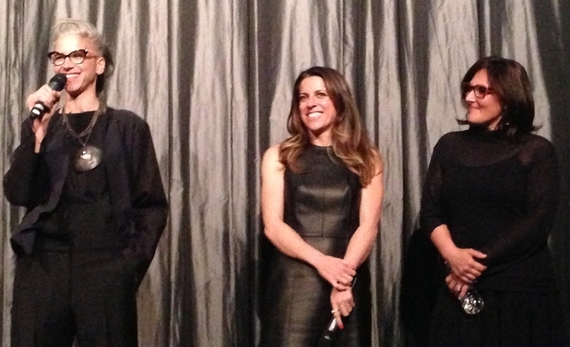 From left to right: Dana Ben-Ari, Abby Epstein and Ricki Lake at the TriBeCa Film Festival premiere, May 7, 2014

The film begins without much fanfare, as it gradually becomes apparent that milk is being expressed from a breast. Then a child is seen blowing bubbles into a glass of milk, giggling, as the title appears. This sense of matter-of-fact, innocent confrontation reappears throughout the film. It's not porn, right? Except when women squirt arcing streams of breastmilk across the movie screen as an aria swells in accompaniment. In this case, it feels entirely wholesome while gleefully irreverent, a dream sequence of sorts in a film in which breastfeeding is serious business, demanding a degree of commitment to stick with in a fast-moving, judgmental culture that gives out formula samples routinely.

The film centers around and documents the stories and unscripted experiences of several women and families in New York City, meeting some during pregnancy and journeying with them through initial breastfeeding and the first year. Precious early moments after birth, the initial latch, exploring breastfeeding difficulties; all of it feels extremely intimate, yet not intrusive. The film's primary focus is illuminated and given further context by including the thoughts of community health workers, academics and lactation consultants. In addition to a varied cross section of New York City women, there is a gay male couple and their breastfeeding milk donor and a lesbian couple in which the nonbiological mother speaks of experiencing hormonal changes in concert with her partner's pregnancy and lactating within days of initially latching their baby to her own breast. As a woman who is able to breastfeed without having given birth herself, she openly pities biological mothers who can't or don't stick with it.

One mother is a careful, soft-spoken biologist whose initial approach to breastfeeding is based on an educated faith in her innate biological programming to simply rise to the occasion. She gradually accepts supplementing with formula and getting her baby's tight frenulum surgically cut in a specialist's office. Another young mother has good intentions, but gives up breastfeeding fairly quickly, realizing that it is time-consuming and inconvenient within the context of attending school and the demands of an impatient partner. The free infant formula she receives makes the decision all the easier. Breast pumping receives mixed reviews -- and mixed results. These women are real, they are sympathetic and they are deftly observed within the critical influences that play into how their breastfeeding journeys unfold.

One man interviewed in the film expresses his unfamiliarity and admitted uneasiness with breastfeeding while at the same time intellectually defending it. There are a number of scenes in which the careful pauses between fragments of thoughts and sentences carry the discomfort and novelty of what is being expressed. It made me uncomfortable, prodded my own pro-breastfeeding agenda, and tugged at my heart. Breastfeeding matters that would contribute to life or death in nature or other parts of the world, have, in American culture, seemingly been transformed into morally, even biologically neutral choices that some say should not be judged, yet these choices are viewed by others as tragic. This friction is apparent in the film, while the film itself simply observes, taking no sides, passing no judgment, while making it clear that the decision to feed a baby formula may not really be a choice at all.

I spoke with Leigh Anne O'Connor, a lactation consultant who was also in the audience. "I saw a sadness in the women, and a lot of justification. Not to judge them, but I think that's a very common thing." She wondered if the film "might give people the sense that there is a lack of information and support out there," and "conclude that breastfeeding is really hard." Questions and comments I heard during the Q & A and from people that I spoke with in the audience made it clear that a number of people were disappointed that the film did not push more of a pro-breastfeeding agenda, or at least viewed it as a missed opportunity to say more than it did on the subject. In contrast, one reviewer describes the film as unreasonably pushing too many emotional buttons, and cites controversial studies she cherry-picks to support her assertion that breastfeeding's benefits have been "overrated" and that "formula-fed babies turn out perfectly fine." Parents whose formula-fed babies turned out to be healthy high achievers mention this fact in comments responding to the film's reviews, as if the blessing of a good outcome might erase risks that are broadly acknowledged medically.

The American Academy of Pediatrics makes strong statements in favor of breastfeeding, including in their 2012 advisory document, Divesting from Formula Marketing in Pediatric Care: "...breastfeeding is the normal, physiologic way to feed newborn infants... and not breastfeeding increases the risk of adverse health outcomes in mothers and their infants...." It goes on to say that patients need to be protected from the wrong impression that advertising and giving out formula samples in healthcare environments gives, and that "...it should be noted that there are documented cost savings with the improved health from breastfeeding." In spite of American laws protecting the right to breastfeed in public, stories of women being harassed for doing just that are all too common. Although breastfeeding should not be an adversarial choice pitting nature against culture, the circumstances of life in the modern world can certainly make it feel and be experienced as such. Leigh Anne reminded me of how mothers in the United States have no right to paid maternity leave, or extended leave that would make breastfeeding a realistic long or even short-term option for many working women. One of the academics interviewed in the film spoke of how many modern breastfeeding problems are not in fact physiological, but sociological. And this information is major food for thought.

Rather than seeing the film as a missed opportunity for what it does not say or a nuanced guilt trip for what it implies, I consider it a provocative work of art that creates a contextual lens through which we view the stories and circumstances of real life players contributing to an ongoing dialogue about breastfeeding in American culture. The "message" of the film lies in both its subtlety and its complexity. How we the viewers connect the dots and respond personally will stimulate further dialogue, and this is a good thing. Breastmilk is at the intersection of nature, culture, sex, porn, health and food. The film got me thinking. And I am still thinking. One sanitized media photo displays a full, lactating breast expressing a stream of milk, the black censorship dot covering the nipple illuminating this tragicomic celebration of breastmilk all the more. 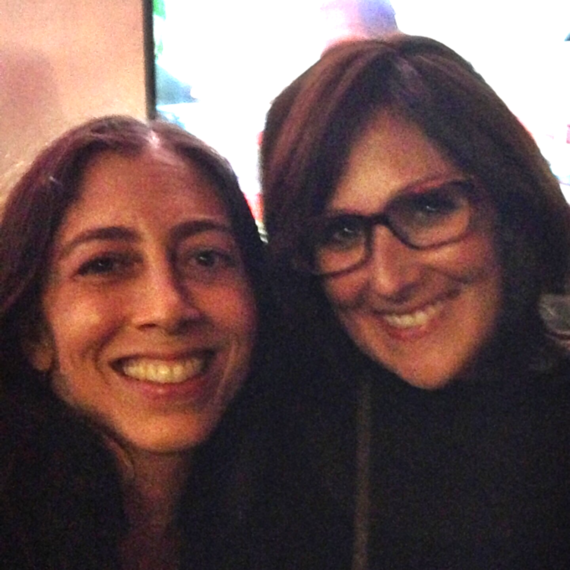