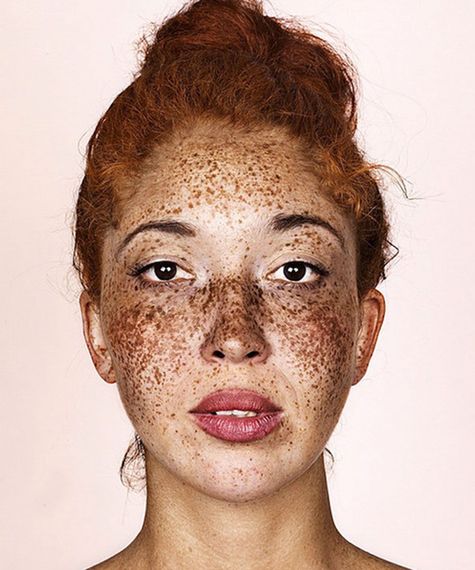 In 2012, photographer Brock Elbank was playing in a weekend-league football match in Sydney when a spectator caught his eye. It was his teammate's son, Eddie, 10 at the time, with "an incredible face full of freckles, like I'd never seen before," he says. (This was hardly the first time Elbank had found himself drawn to a quirky, distinctive facial feature; he's also shot scores of bewhiskered men for his #Beard installation.) With permission from Eddie's father, Elbank had the young lad sit for a portrait, and the session touched off what he calls an obsession with freckles.

He has since shot more than 90 portraits for his new #Freckles series, from women whose shoulders and cheeks are just dusted with dots to a nose-pierced gentleman with freckles traipsing over his eyelids, across his lips, and everywhere in-between. His subjects, who hail from Britain, Cambodia, Switzerland, Italy, Norway, Sweden, Germany, Kuwait, Japan, the U.S., and more countries, come in all ages, sizes, and ethnicities, with one thing in common.

Make that a few thousand things. Recent coverage of #Freckles made the project go viral, and Elbank has been inundated with messages from freckled folks the world over -- more than 1,100 emails this past week alone, not to mention countless messages on Facebook, Tumblr, and Instagram.

While the series has garnered much support ("Stunning!"; "Makes me wish I had even more freckles!"; "As I look through your pictures, I am reminded of my mom saying my freckles are angel kisses. I feel that way when I look at the people you photograph."), Elbank says there is a darker side to the collection. "99% of these individuals have all suffered some sort of teasing, bullying, or verbal abuse," Elbank, now U.K.-based, says. "People can be so narrow-minded and cruel. Every one of us is the same. Just because some are visually different shouldn't mean they get a rough time at school and from society."

Potential models are invited to mail a color photograph of themselves to studio@mrelbank.com. Here, we share images from his diverse portfolio. 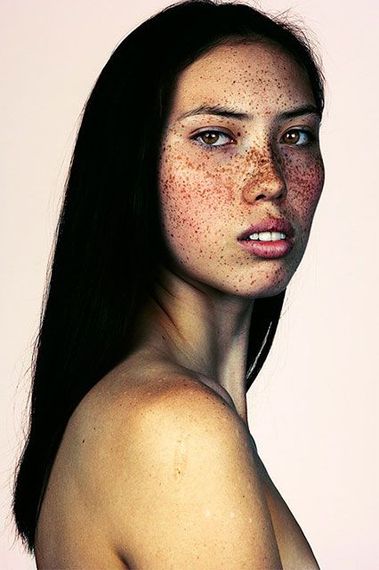 Tsiu-Kim is half-Malaysian and half-Scottish, and the lead singer of an indie-rock band in London. She is a model who does not hide her freckles.

Viewers all around the world have commented on Elbank's work. Wrote one Israeli Instagrammer -- in apparent solidarity: נמשים ליא ("I have a freckle.") 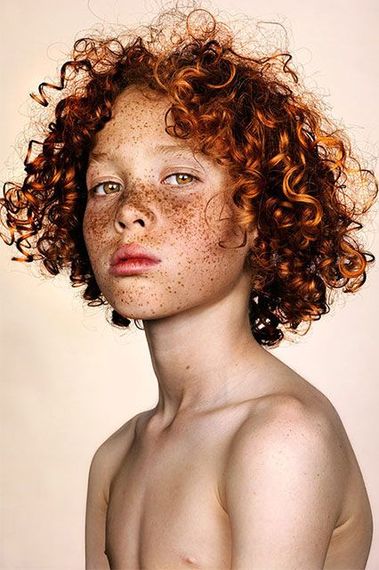 It's quite rare to see an infant with freckles. But as a baby grows into a child and his or her skin is exposed to UV light, the body begins producing melanocytes (pigment-producing cells in the skin). If a youngster is genetically predisposed toward freckles, his or her melanocytes may become darker and proliferate, resulting in freckles. 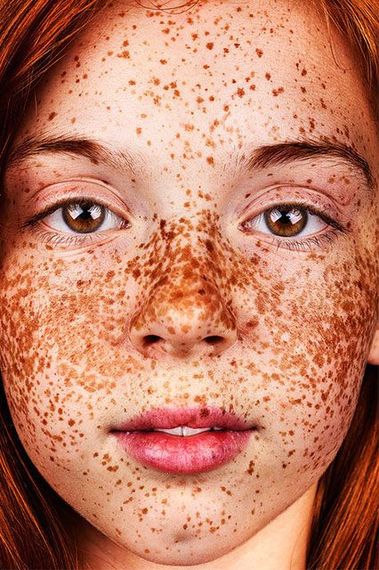 Many of Elbank's subjects are heavily freckled. "The heavier, the better in my opinion," he says. Each portrait requires four to seven hours of work.

"The freckles are all theirs and not added in any way; what would be the point? One French paper interviewed me in October and had a skin specialist view the work, who said it was fake. As I said, 'What would be the point of documenting freckles if the subjects didn't have freckles?' That's a lot of post-production [work]," says Elbank. 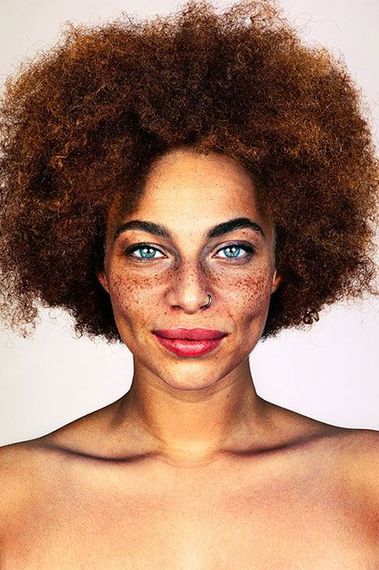 Mania Mackowski's curves net her work as a plus-sized model, but it's what's going on above her neck, along with the rest of her stunning features, that caught Elbank's attention.

One of his goals in his work, in fact, is to feature a far-reaching global mix of individuals. (He told The Guardian, "Whatever I do in the next five or 10 years, I want it to have diversity -- Japanese, African, African-Caribbean, or Peruvian. I'm looking for an Irish-Peruvian-Caribbean!")

Celebrities With The Best Freckles
More:
beauty newsPhotographyfrecklesStylebeauty trends
Newsletter Sign Up
An essential daily guide to achieving the good life
Subscribe to our lifestyle email.
Successfully Subscribed!
Realness delivered to your inbox