The 23rd annual International Snow Sculpture Championships in Breckenridge is an eagerly-awaited event that brings the Colorado snow to life.

This year's first place winner of both the Artist's and People's Choice Awards was Team Mongolia, whose "Mongolian Warriors" sculpture depicted life-like 13th-century warriors and their horses striding out of a solid 20-ton block base of snow.

“Team Mongolia evoked the furious energy of galloping across the Mongolian steppe,” said Jenn Cram, judge coordinator and Breckenridge Arts District Administrator. “The piece is powerful with its deliberate attention to detail and the dynamic alignment of planes. We could see that sculpture done in bronze, in marble; it was truly a sculptural piece.”

Alongside 14 other teams, Mongolia worked a total of 65 hours across five days without the use of power tools, internal support structures or colorants.

Second place was awarded to Team Catalonia-Spain for their homage to Picasso, or "Banyista Nua" piece. Team Estonia won third place with their piece titled "Koit."

The sculptures this year were built from Jan. 22-26, with some artists staying up all night to complete their masterpieces.

Check out all of this year's snow sculpture entries as well as the winners from last year! 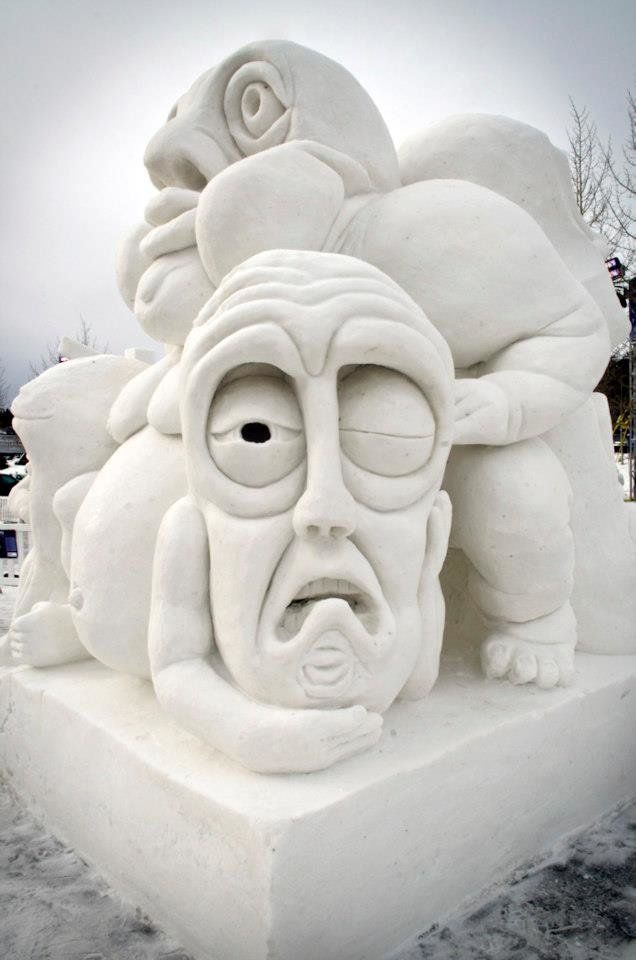