NEW YORK (AP) — A tiny beachfront neighborhood told to evacuate before Sandy hit New York burned down as it was inundated by floodwaters, transforming a quaint corner of the Rockaways into a smoke-filled debris field.

By Tuesday morning, charred foundations of from 80 to 100 buildings were left in the sand at Breezy Point, a coastal community on Jamaica Bay known for its marshland and shorebirds.

Firefighters arrived at 11 p.m. Monday to find water chest-high in the streets, and used a boat to make rescues as orange flames engulfed home after home. The water and high winds whipping the coast from Sandy kept the blaze raging for several hours as firefighters hauled hoses while sloshing in ankle-high water.

"We watched the whole place go up in flames. It was hell night. It was the devil's night," said resident Thomas Reicherter.

One firefighter suffered a minor injury and was taken to a hospital. Two civilians suffered minor injuries and were treated at the scene.

Firefighters had to rescue several more, climbing onto an awning to take trapped people from an upstairs apartment with a roof that was catching fire from the house next door. A row of about 25 businesses, including a shoe repair store, burned with apartments above many of them.

More than 190 firefighters were sent to the blaze, still putting out some pockets more than nine hours after it erupted, training hoses on the inside of a medical center.

As daylight broke Tuesday, a stone statue that appeared to represent the Virgin Mary stood next to wooden slats and debris-caked mud, surrounded by no homes. Two logs not attached to anything crushed the top of a red Ford SUV. Residents walked aimlessly through water-filled streets with electrical wires dangling down in front of them.

The neighborhood was among the low-lying areas the mayor said were a flood danger a day before Sandy came ashore, shuttering the nation's largest city and cutting power to hundreds of thousands. Gene Morizzo, a security guard at an ocean apartment complex in nearby Rockaway Park, said about half of the 300 or so residents insisted on staying behind, noting that Irene didn't hit the story hard a year ago amid the same warnings.

"I kept telling people it's a mandatory evacuation. They said, 'Oh it's nothing, Irene this. Irene that."

Residents couldn't wait to get out on Tuesday. They were directed to a nearby firehouse in Far Rockaway, but that firehouse had been evacuated because it was under 5 feet of water and had no power.

John Frawley, 57, said he made a mistake by staying behind. "I stayed up all night," he said. "The screams. The fire. It was horrifying."

Frawley lived about five houses from the fire's edge and said he spent the night terrified, "not knowing if the fire was going to jump the boulevard and come up to my house."

In September, the same neighborhood was struck by a tornado that hurled debris in the air, knocked out power and startled residents who once thought of twisters as a Midwestern phenomenon.

The community of 12,000 borders Rockaway Park, where a historic boardwalk had been strewn around the sand, popped up in some spots like an opened can and heaved 30 to 40 feet in others. The beach's lifeguard shack and restrooms were destroyed. Allison Miller stood on what was left of the buckled boardwalk in tears. 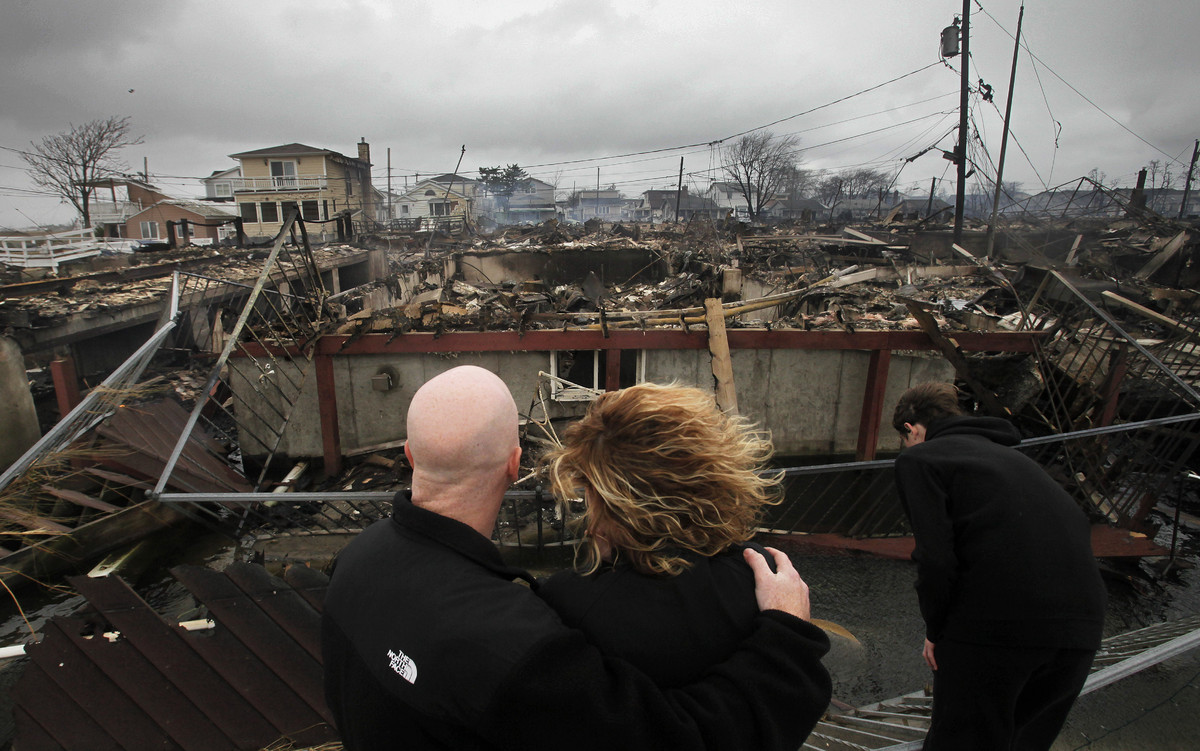 1 / 23
Robert Laura Kyle Connolly, storm
Robert Connolly, left, embraces his wife Laura as they survey the remains of the home owned by her parents that burned to the ground in the Breezy Point section of New York, Tuesday, Oct. 30, 2012. More than 50 homes were destroyed in the fire which swept through the oceanfront community during superstorm Sandy. At right is their son, Kyle. (AP Photo/Mark Lennihan)
AP 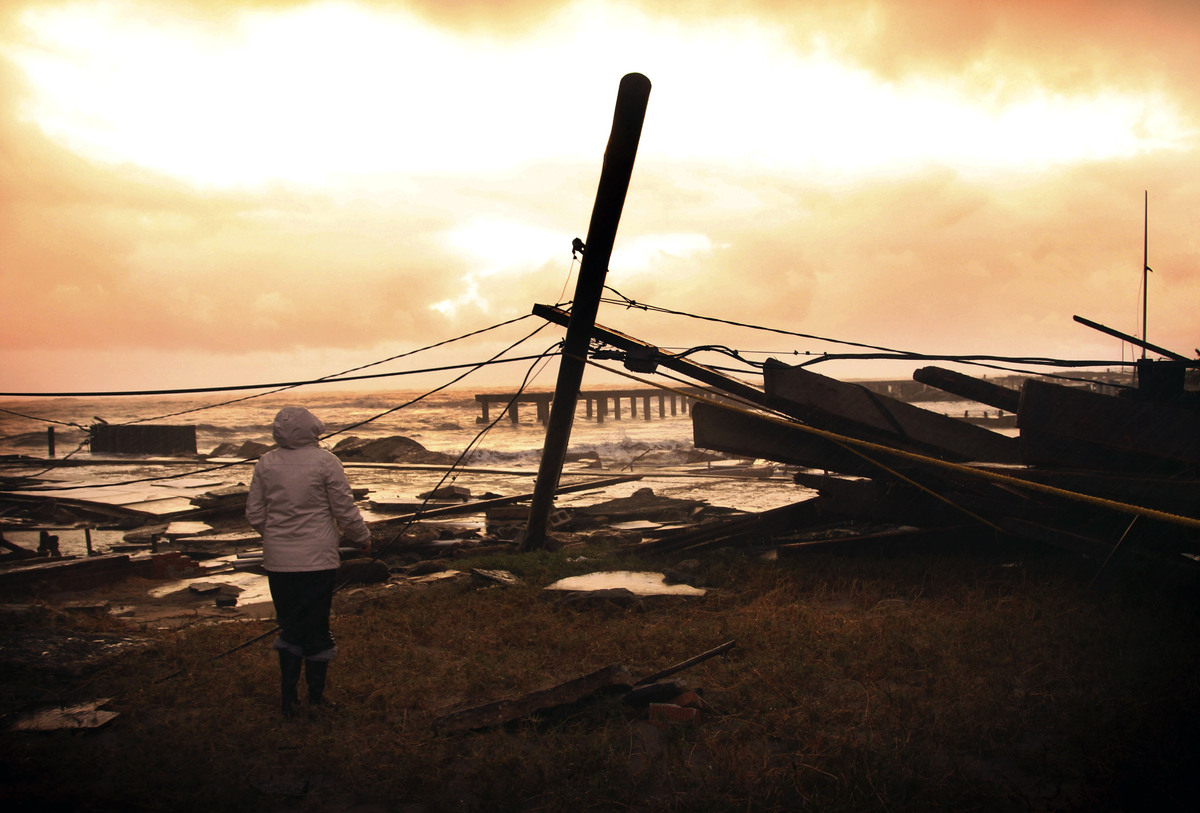