Brené Brown believes that authenticity is more than a buzzword -- it's a daily practice. Join Brené Brown on her journey to wholeheartedness -- sign up for the on-demand eCourse today.

In our culture, we love buzzwords and catchphrases—until we don't. "Thinking outside the box" sounded exciting the first hundred times we heard it, but then it started to get on our nerves. It's the same with "authenticity." These days everything from potato chips to blue jeans is labeled authentic. The word is so overused that we've become numb to it—it's almost lost its meaning.

The thing is, behind every buzzword is a legitimate problem we're trying to solve. In the case of authenticity, it's that we're tired of fakery and Photoshopped perfection, of trying to live up to impossible ideals of beauty and happiness. I truly believe that most of us will take messy and real over flawless and inauthentic every time.

But it's challenging to be real in a world that wants us to fit in and please everybody. Authenticity is not a default behavior: It can seem easier just to be what others want us to be, whether that means nodding in agreement when our boss says something we don't actually believe or choosing ridiculously uncomfortable shoes to impress a new group of friends (guilty!). There are so many messages telling us how to look and behave; to tune them out, we may need to take action.

For me, that means writing permission slips—to myself. As an academic, I often feel pressure to appear cool and in control; I keep my goofy, silly side locked up tight. So when I taped Super Soul Sunday last year, in the pocket of my jean jacket I had stuffed a note giving me permission to act just as enthusiastic as I felt. When I heard that Maya Angelou was elsewhere on the set, I got so excited that Oprah asked if I wanted to meet her. Was I shy or cool about that? Nope: I admitted I'd like to meet her more than anything else in the world. As we were introduced, I told Dr. Angelou that I often played a recording of her reciting lines from the hymn "I Shall Not Be Moved" for my grad students, and she grabbed my hand and sang, "Just like a tree planted by the water, I shall not be moved." To this day, when I'm having trouble being the real me, I think of that moment: It was one of the most meaningful professional experiences of my life. I truly don't think it would have happened if I hadn't been practicing authenticity.

To be authentic, we must cultivate the courage to be imperfect—and vulnerable. We have to believe that we are fundamentally worthy of love and acceptance, just as we are. I've learned that there is no better way to invite more grace, gratitude and joy into our lives than by mindfully practicing authenticity. Even when it's hard, and even when we're wrestling with the shame and fear of not being good enough, and especially when the joy is so intense that we're afraid to let ourselves feel it. It's these moments in life that demand we show up—that we let go of who we think we're supposed to be and embrace who we really are.

Develop a playlist of three to five songs that bring you back to yourself and inspire you to be you. I listen to mine—a mix of Johnny Cash, Alicia Keys and the Who—on my way to parties where I won't know anyone and anyplace else where I might be tempted to do my dangerous chameleon thing to fit in.

Share your practice with someone you love and trust. Designate a buddy to help you keep it real. When I'm going into a vulnerable situation—say, a work event with an intimidating colleague—I might call my sister and say, "Help! I'm rehearsing what I think she wants to hear." Just acknowledging that helps me stay conscious of my choices. And it always makes me feel stronger when my sister says, "Be brave. Be you."

Have the courage to say no -- and yes. Some of the greatest threats to authenticity are boundary issues like the need to people-please. Being authentic means saying no when you really don't want to do something. But it also means saying yes and trying new things that appeal to you, even when your never-ending to-do list is calling or you're worried about failure. Trust me: The real you is stronger and more capable than you even know.

OWN Live Happier OWN Empower Yourself Brené Brown Own

How To Be Yourself, Even In Life's Most Anxiety-Inducing Moments
Anxiety-Busters That Dont Require An Rx 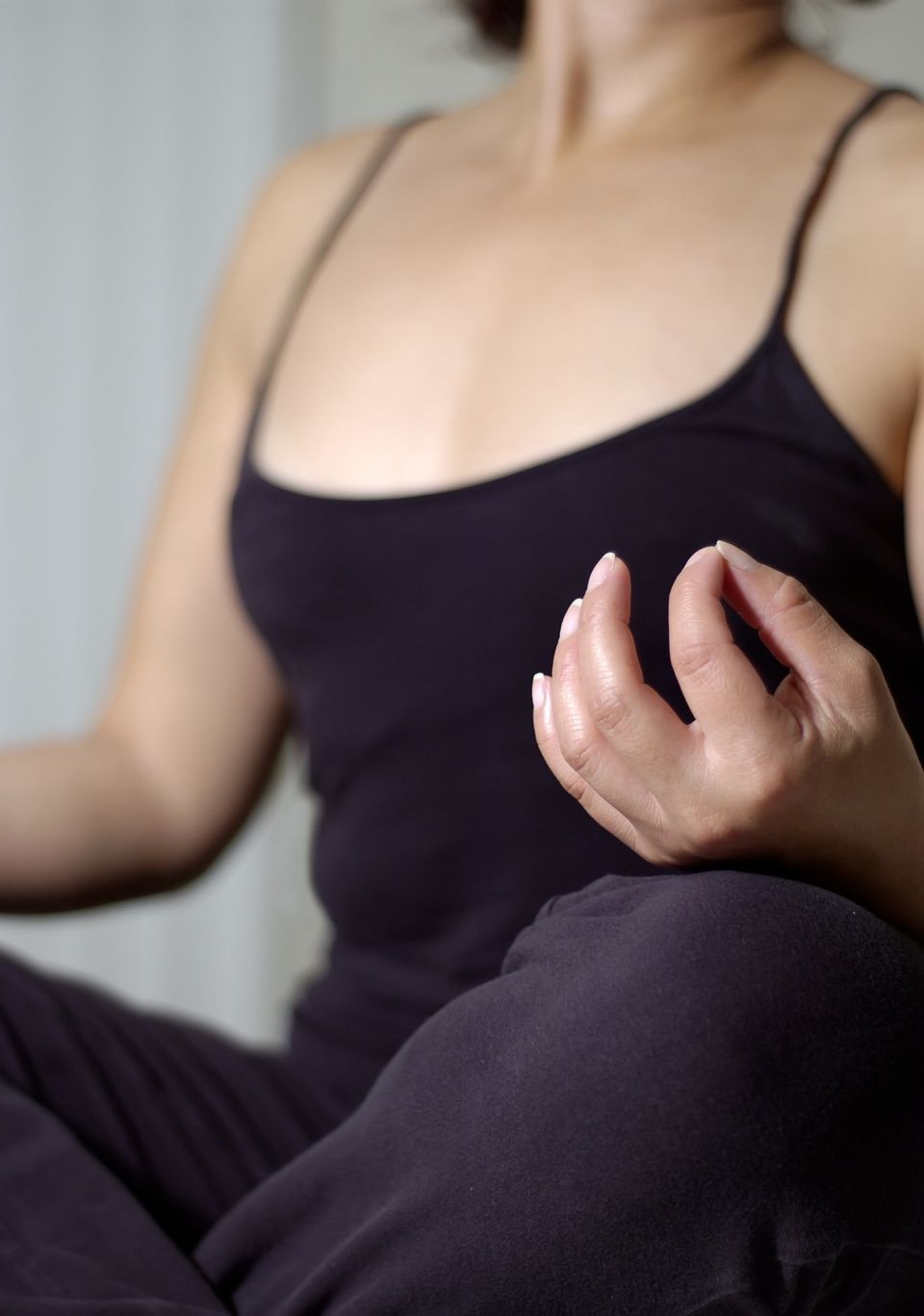 1 / 6
The 10-Minute Cure For Monkey Mind
We know you don't need a study to convince you of the mind-quieting potential of meditation (didn't we all read <i>Eat Pray Love</i>?), but this one's pretty impressive: A group of Boston University researchers <a href="http://www.ncbi.nlm.nih.gov/pmc/articles/PMC2848393/" target="_blank">analyzed the results of 39 studies with 1,140 total participants to assess how effective mindfulness-based therapy really was</a> (they admitted in their conclusion that they were initially skeptical). They found that this type of meditation is legitimately effective in treating not just anxiety, mood disorders and depression, but also cancer and other psychiatric and medical conditions. The icing on the cake: Just a few minutes will do the trick. And a study published in the Proceedings of the National Academy of Sciences <a href=" http://www.oprah.com/health/A-3-Minute-Dose-of-Meditation" target="_blank"> found that meditation can lower stress in less than a week.</a> <strong>Recommended dosage:</strong> <a href=" http://www.oprah.com/health/Os-Mini-Meditation-Series " target="_blank">Try these 10-minute mini-meditations</a> that are meant to be incorporated into your day.
Thinkstock