Bestselling author Dr. Brené Brown is a research professor who has spent more than a decade studying vulnerability and worthiness. She says opening yourself up is one of the most powerful things you can do -- but during her appearance on "Oprah’s Lifeclass,"she warns that not everyone should be trusted.

"How do you make yourself be vulnerable with somebody you don't completely trust, like in a relationship?" an audience member asks in the above video.

Oprah points to a similar question she and Brown received on Twitter: "How do you foster an environment of #vulnerability when your partner sees it as #weakness?"

"If you're being vulnerable, you're opening up your heart, and the other person thinks that that's weak of you -- you are with the wrong person," Oprah says.

"It's an awesome filter," Brown agrees.

As an example, Brown tells a story of a time she tried to be vulnerable with one of the mothers at her daughter's school.

"I was talking to someone and I was like, 'Oh, yeah, last year there was a whole week where every day I gave the wrong kid the wrong lunch half the time,'" Brown shares. "And she looked at me and she goes, 'Oh, I don't think I've ever had that experience.'"

Though in this case it was easy for Brown to see that this woman didn't deserve her vulnerability, she goes on to say that in other cases, it can be painful.

By showing your vulnerability to someone, Brown explains that you're asking that person to be vulnerable in return. "The pushback will be, what are you doing? We had a deal. You keep this closed. I keep this closed. That was our deal," she says.

"This is transformational stuff," Brown says.

Part two of Oprah's conversation with Brown on "Oprah's Lifeclass" airs Sunday, Oct. 6 at 9 p.m. ET on OWN.

Brené Brown: The Most Valuable Gift You Can Give To Another Person (VIDEO)
Dr. Brené Brown (and Teddy Roosevelt's) Top 21 Tweet-Tweets 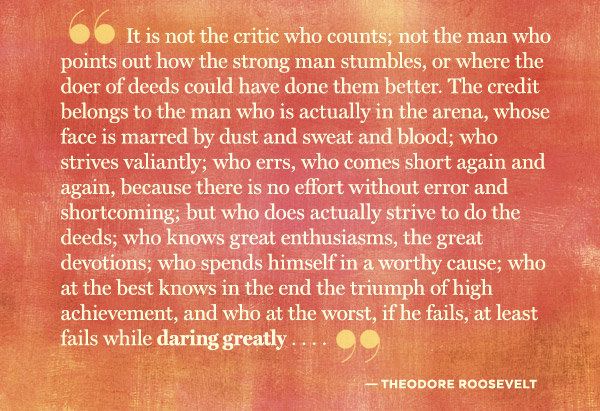