Brent Weinbach presents his one man show, Appealing to the Mainstream, as an examination of stand up comedy and his relationship to it. It is a fascinating deconstruction of what makes a human being laugh.

Nobody makes me laugh quite like Brent Weinbach, and I began to wonder why that is. There's a quality attached to the type of laugh he orchestrates. He briefly mentions it in his show. He wants to make people laugh like they laughed when they were children. Laughter is a mysterious thing to a child. Kids can't explain the logic of why something is funny. They just want it to keep being funny. It's not about satirizing social concepts or well-structured joke writing or having something to say... It's about ridiculous faces and inappropriate noises and people falling down. There's some particular kind of joy attached to childlike laughter. There is a rare purity about it. And as a performer, Brent Weinbach is a purest. He has an idea of what comedy should be, and he does that exclusively. He's an uncompromised hero of entertainment like John Cassavetes or Mark Twain or Joey Ramone. Much like the woman sitting behind me, the world is resistant to such childlike behavior. As much as it was an annoyance to hear her constantly saying, "Oh, come on." or "That's dumb." It was twice as satisfying to hear her scream with laughter. 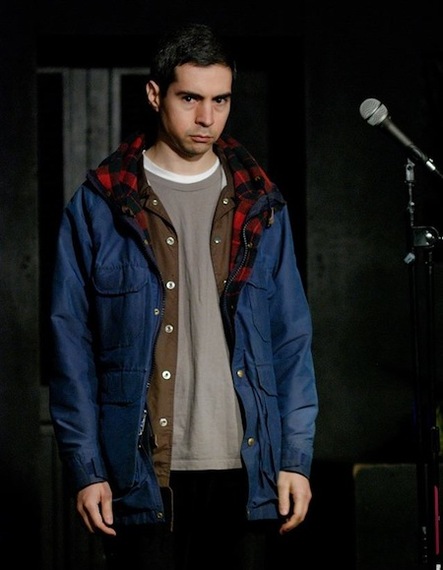 In a world filled with awful, bloated, billion dollar wastes of the silver screen that sell out theaters around the world, Weinbach is a beacon of hope. His approach is really refreshing, unique and even magical in some strange way. He is doing the kind of stuff that made Steve Martin famous in the 70's. But then why isn't he famous? Why can't he break into the mainstream media? People like to pretend it's because there are these rich, evil executives actively dumbing down the culture. And while those executives definitely exist, there are also the people who consume the trash. The public. The mass population. If those evil executives only care about money, they need people to make them rich. Let the person who has not watched a shitty reality show cast the first stone. The truth is we are entranced by shallow media that is completely void of creativity. But Brent Weinbach proves that you can have your cake and eat it to. He gives us entertainment that is often profoundly stupid and always wildly creative.

We have entered a brave new world where there are infinite options available at our fingertips. While diluting the incomes of actors and writers and producers, the new world offers choices of less broad, much more specific products. We are graced with much more interesting programming. Furthermore, those evil executives, those gatekeepers that are chiefly motivated by profit are slowly stepping out of the way to pursue more lucrative careers elsewhere. While there may not be a place in this modern world for a star the magnitude of Steve Martin at his peak, there is room for more ideas. In this brave new world of endless entertainment, I urge you to search for the weird, the silly, the creative, the art... Because art is its own reward. 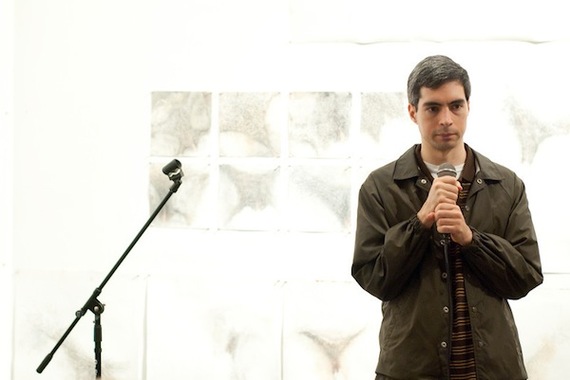 Among the exaggerated characters and childish silliness, there lies a certain depth. The strength of the performance resides in a kind of courage that it takes to stand onstage and be completely ridiculous. The will to be weird. There's an integrity in that. Appealing to the Mainstream is the most blatantly absurd and masterfully silly portrait of artistic integrity you will ever see. Brent Weinbach is somebody who believes deeply in what he is doing. There is an undeniable passion that radiates from his stiff stance. The way he plants himself as if he is making a stand against something. And he is. He is making a stand against selling out, being broad and boring. He seems to know a secret of success not often taught. That is that if you sacrifice who you are for success, you will not be successful. There will only be some projection, some phantom that you have created, and you will be unhappy living in the dark shadow you've created for yourself. Weinbach refuses to give into societal pressures to live a certain kind of life in lieu of doing something honest and heartfelt. Remarkably, by being nonsensical he has created something deeply meaningful. As he closed the show, there was a moment. It is uncertain that everybody felt it, but there was a moment of pure beauty that washed over the crowd. There was a swell, a culmination, a wonderful crescendo.