When Brett Kavanaugh arrived at Yale University in 1983, there were reminders all over campus that until just 15 years earlier, women weren’t even allowed to attend the school.

In many buildings, women had to trek to the top floor or the basement to find a bathroom they could use, recalled Sandra Luckow, a filmmaker who graduated in 1987. Early on, female students were housed on the top floors of the dorms, which led men to joke years later: “Yale, with the tradition of women on top.” During the summer after Luckow’s freshman year, she recalled, an elderly male alumnus declared during the question-and-answer part of a reunion event that the decision to admit female students had marked the downfall of the institution.

“When I was a grad student at Yale in the ’80s, there were still big marble urinals in the women’s bathrooms in the main library and the gym that they didn’t bother to take out, sending a subtle message, we joked, that we were perhaps temporary,” said Dana Frank, who is now a history professor at U.C. Santa Cruz.

Over three decades later, the culture at Yale has come under public scrutiny after multiple women have accused Kavanaugh, now a Supreme Court nominee, of sexual assault. One alleged victim, Deborah Ramirez, told lawmakers that Kavanaugh thrust his penis in her face, forcing her to touch it, during his freshman year at the prestigious university. Kavanaugh’s mostly Republican backers have tried to cast doubt on Ramirez’s allegations, arguing that if such an incident really did occur, she would have reported it at the time.

But former students who overlapped with Kavanaugh at Yale describe the university in the 1980s as a place where being a female student still felt like a privilege, not a right; where heavy drinking was commonplace; where women felt they were expected to put up with bad behavior from men; and where certain privileged groups of men seemed able to get away with anything.

It felt like “we were only here by the graces of men,” said Luckow, who now teaches film at the university. “There was this sense that we were responsible for what men did to us.”

Faced with allegations of drunken sexual assault, Kavanaugh has depicted himself as a studious, celibate kid who shied away from partying. “I went to an all-boys Catholic high school, where I was focused on academics and athletics, going to church every Sunday and friendship with my fellow classmates and friendship with girls from the local all-girls Catholic schools,” Kavanaugh said in an interview with Fox News this week. “I did not have sexual intercourse, or anything close to sexual intercourse, in high school or for many years thereafter.” But several of Kavanaugh’s former classmates at Yale describe him and his fraternity brothers as heavy drinkers who were aggressive toward women when drunk.

In his second year at Yale, Kavanaugh joined Delta Kappa Epsilon, a fraternity known on campus for mistreating women. Greek life was only beginning to make a comeback at the university at that time, and joining a fraternity was an unusual move. Pledging DKE was “a step out of the mainstream,” said one woman who graduated in 1985 and requested anonymity to speak frankly about her experiences at Yale. “The guys from DKE were pigs. Horrible men. This is the sort of people [with whom] he elected to surround himself,” she said, referring to Kavanaugh.

Of the dozens of former Yale students HuffPost spoke with, almost all said DKE brothers in those years were known as heavy drinkers who often degraded women and themselves while partying — especially during pledging and hazing rituals.

Yearbook photos of DKE brothers taken while Kavanaugh was an undergrad, and later while he attended Yale Law School, show students posing pantsless around a keg, holding cups of beer. In a photo taken in 1988, the year after Kavanaugh graduated, a student’s testicles are clearly visible. In a 1991 photo, one student is holding what appears to be a rifle. HuffPost obtained DKE yearbook photos taken between 1984 and 1991 — except for 1987, Kavanaugh’s senior year, when the fraternity’s photo was absent from the yearbook. It’s not clear whether Kavanaugh himself appears in any of the photos.

The year Kavanaugh joined DKE, two of his fraternity brothers marched through campus holding a flag made of women’s underwear. A fraternity member claimed the underwear was obtained ”consensually,” but a female classmate of Kavanaugh’s said DKE brothers would ransack underwear from women’s rooms.

Several female Yale alumnae who spoke to HuffPost said they went out of their way to avoid DKE parties because of the fraternity’s reputation for mistreating women. Participants in a “Take Back the Night” march to raise awareness of sexual assault were hesitant to walk by the DKE house because they worried they’d get hassled, said Heather Gold, who was active in anti-rape organizing at Yale in the 1980s.

There was a growing awareness of the threat of sexual assault in New Haven, Connecticut, in the 1980s. “It became obvious that women at Yale were worried about rape and that rape was an aspect of university life,” Beth Morrow, class of 1987, wrote in an essay in that year’s yearbook.

But it was still nearly unheard of for women to speak out about sexual abuse, female graduates said. There was the fear of being labeled a slut, of not being believed, and of being retraumatized in an insular community where it was hard for victims to avoid their assailants, Gold said.

There also weren’t many resources available to women on campus. The university’s Women’s Center was perceived by most students as a place for militant feminists or lesbians — both of which were alienating labels at the time, two alumnae recalled. The culture of silence contributed to a system that allowed powerful men to go unpunished for abusing women — and perhaps not even recognize their actions as abuse.

The guys from DKE were pigs. Horrible men. This is the sort of people [with whom] he elected to surround himself. A female Yale student, class of 1985, on Brett Kavanaugh

Bryan Cole, a 1987 graduate who was friends with Ramirez, said her claim struck him as sadly plausible. “That it would happen to a woman and she would not feel comfortable to speak about it doesn’t surprise me,” he told HuffPost.

“Unfortunately, guys like Kavanaugh still felt they could behave that way, especially when drinking,” Cole said. “There did not appear to be consequences for your actions.”

On Monday, Luckow asked her students at Yale what they thought of the sexual assault allegations against Kavanaugh.

She was disappointed by the response.

“It’s exactly the same way now as it was then,” one male student told her. “Nothing’s going to change.” 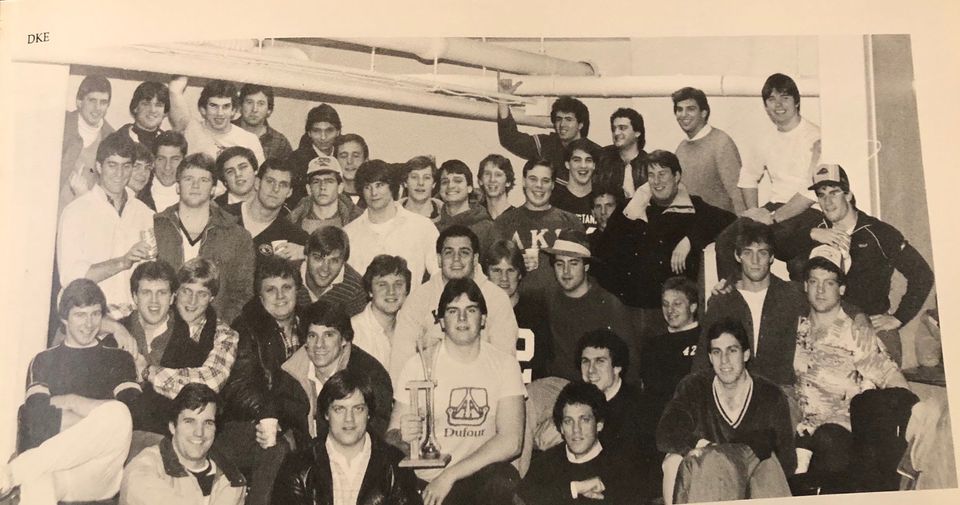