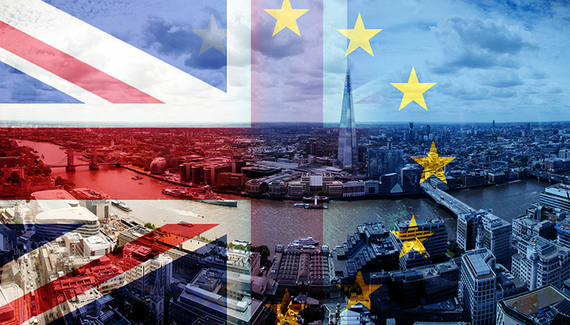 The UK recently voted to leave the European Union in a result that seemed to surprise even those running the Brexit campaign. There have been reports of a generational divide in the country. Many mature voters have an expectation of returning the nation to its former glory. Meanwhile younger voters wanted to embrace the benefits of a united Europe and the opportunities that come with cooperating and collaborating with their neighbors.

The campaign between the two parties appeared to be a battle between the old and new ways of thinking. Basically, voters were asked to choose between staying as they are or going back to how they were. However, the reality is that nobody can turn back the clock and live in the past, we are all heading in the same direction -- the future.

One of the principles I teach is Futureview. This methodology provides the ability to project yourself into the future and then look back at your present position from that future point of view. The principle reads like this: How you view the future shapes how you act today, and how you act today shapes your future. Your future view will determine the future you. Now let's put a voting filter on the principle and see what happens. How you view the future shapes how you vote today, and how you vote will shape your future. Put this way, it's clear that voting is an important way to shape the future.

There have been quite a few parallels between both UK and US politics. Over here in the States, Donald Trump has famously used the phrase "Make America Great Again!" The only problem with this ideology is what I stated earlier, that the past has gone, and we cannot return there. Sure we can work together to build a 21st-century version of a great America that is positioned to thrive in the future, but we cannot re-create the past.

More concerning is the estimation that only 36 percent of UK citizens in the 18-24-year-old category voted in the EU referendum. Flip this the other way around, and 64 percent of young people in the UK either couldn't be bothered or feel apathetic and disinterested in politics.

It's a scary prospect that statistics show many younger people are more likely to vote for TV shows such as X-Factor or Britain's Got Talent than the future of their own country. The reality is that the majority of voters will most likely be spending their future in the UK, so they should take an active role in shaping the future, which includes voting, or let others shape the future for them. This is what many are feeling today after the vote, and my worry is that this might repeat here in the United States this fall.

Maybe the system needs to change to reflect the digital world young people have grown up in? Queuing at a polling station on a weekday afternoon to manually cast a vote is a foreign and quaint concept to those who are used to swiping their finger on their smartphone.

With more than 80 percent of those over 55 voting, there is a strong argument that baby boomers have voted for an outcome that will not affect them. But they could have unwittingly damaged or reduced the opportunities for the future for their children.

Despite being victorious, the Brexit campaign leader Boris Johnson later refused to finish what he started and run for leadership of the Conservative party. It quickly became apparent that any vote based on strong emotion is never going to end well. Unfortunately for both the UK and the US election, anger and fear seem to be the dominant emotions.

One of the strategies I love to teach for solving seemingly impossible issues is Problem Skipping. Rather than finding yourself at a roadblock trying to "fix" a terrible problem, you leapfrog over it. This is the only way to discover that the problem you were focusing on isn't the one that's causing the most pain.

When you take a step back from the rhetoric, assumptions and judgments, and remove any strong emotions that might influence your rational belief system, new insights can be found. Would the future look different if voters in the past had asked themselves better questions? Is the UK or the US weaker divided or stronger together? Will our children have more or fewer opportunities if we all remain divided and unwilling to work together to shape a better future?

On both sides of the Atlantic, there is a growing trend where people are disillusioned with politics. We have grown weary of both parties refusing to listen, much less compromise, in order to move the nation forward, and we are tired of being lied to constantly by those that refuse to give a straight answer to any of our concerns.

You may not be able to change who is in power at any given time, but you can skip the problem and look to how you can be a part of shaping and building a better future for you and your country. The exponential growth of technology has provided a wealth of previously unavailable tools that allow you to make your voice heard and to make a difference.

The truth is that all you need is a desire to challenge the status quo and to begin with a single step forward. If you don't like the future, you can change it. The only enemy is apathy, so don't simply hope the future will be better -- actively shape a better future for yourself and others.